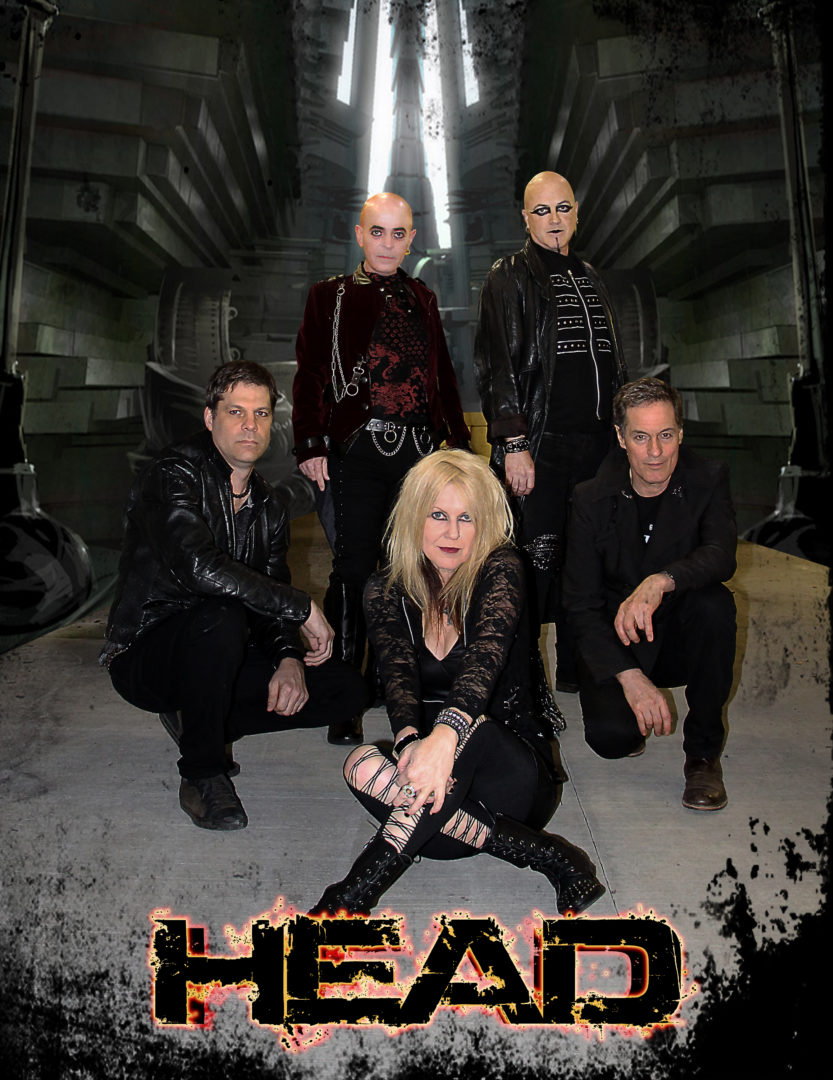 Head are a 5 piece rock band from Vancouver who are currently working on a new album set to be released on February 20th. They are described as what might happen if you mix Tea Party with Garbage and Nine Inch Nails. Check out our interview with them to learn more.

Can you introduce yourself for the readers that may not be familiar with your music?

HEAD is dark, but highly-charged. HEAD is controversial and edgy. HEAD is a Vancouver band and it’s what might happen if you mixed a little Tea Party with Garbage and Nine Inch Nails.

You’re set to release a new album Feb 20th.  How do you feel the band has progressed since the release of the previously released self titled EP?

We’ve grown together as a band. The first recordings had another drummer and the writing was mostly done by the 3 founding members, Lyric, Stone and oD. The new recordings are more of a group effort.  The cohesiveness has spilled over into the live show; the band is tight and it feels really good.

You’ve said the album is going to be a concept album with some interesting twists.  Can you tell us about the concept and how you came up with it?  What about those little twists?

We’ll give you a little glimpse into our “HEAD”.  Several of us in the band have had dark upbringings.  These themes and issues are explored throughout this album. It will take the listener on a journey… taking them to the edge and perhaps pushing them over. That’s all we’ll say for now 😉

All artists seem to have a different approach to writing,  How does it work for HEAD?

HEAD has a few ways that songs come to life.

Lyric starts out with an idea –  writing the lyrics and melody and Stone comes in with a heavy rock edge, adding to melody and writing parts.

Sometimes Stone starts a song with a musical idea, sometimes oD has a song idea and gives it to Lyric to write….it all depends.

Stone, oD, Styxx and The Phantom create the HEAD sound.

Collectively at the rehearsal, the band works on the parts they created.

It’s pretty fucking cool how it all works.  HEAD is a writing machine, the songs just keep coming.

What are you looking forward to most for the release party at the Anza Feb 20th?

A few things: having Ajaye Jardine and Garrett open the show with us.  HEAD also wants to make this an event, not just another concert.  There

will be all kinds of interesting decor, a kickass light show and some surprises.

What are the favourite songs you play?

That’s hard… of course we love them all… but right now, we’re digging Sex like Rockstars, Afraid to sleep, Jesus Junkie, Darkness.  The 1st 2 will be released on the new album, the last 2 are up on the website right now.

Do you have plans for touring?

HEAD is looking at Europe, China and Japan…

HEAD really loves to interact with our fans.  Join us on twitter and Facebook.  Most importantly, support local music.  Live music is an art form that will die a slow painful death, unless we support it!

See us live at headmusic.ca