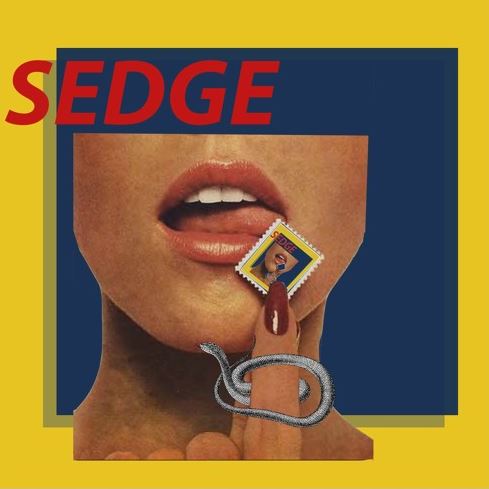 Sedge are a fairly new group, forming in 2014, in Toronto, Ontario.  They have already played at many well known Toronto concert venues, and have this year released their first full length album.  I can most certainly hear the influences of the 90’s in their music, with some reminders of Veruca Salt, and Screaming Trees.

Most of the album features heavy rock riffs, and hard vocals.  “Up All Night”, is the first slower track that shows up on the album.  It is melodic, and quiet in comparison to the rest, and being halfway through is almost like a break from the typical rough grungy sounds.   Many of the songs feature a very repetitive riff that runs for the majority of the song, with hard hitting drums and distorted guitar complete with angsty lyrics.  The last song “Behind the fuzz” reminds me of a Weezer song at the beginning, in it’s stylings.

They sound like a band that would be full of energy on stage, and you would have to be pull off the high impact these songs make.

I see that the band is planning on releasing a Video in the next week, and also will have some news to share, so stay tuned for that on their Facebook page!