Interview – The League Of One 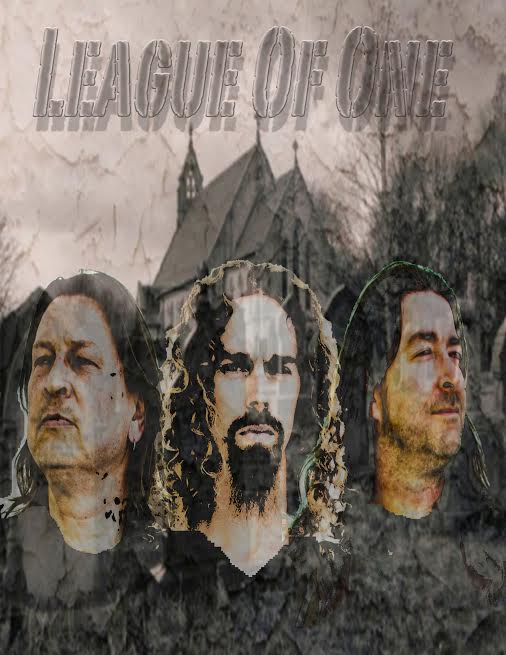 Three-piece hard rock band, The League of One, hail from Regina, Saskatchewan. The trio, made up of Will Maeder, Murray Sokoloski, and Bill Grant have recently released their new album, “Kill”. The album was released on November 26th and was followed by a release show on December 5th. We had the chance to ask the Band a few questions about the album, release and more. Be sure to check them out online and grab your own copy of the album.

First of all, congratulations on the album release. For our readers that may not know much about you, can you give them a brief history on the band?

The League of One was formed back in 2003. Founding member Will Maeder (guitars vocals) teamed up with Tracy Gerlach (bass vocals) and Eric Gherasim (drums). The League released a rough version of Orange in 2004 but was remixed and officially released in 2009. Murray Sokoloski (bass vocals) replaced Tracy in 2005 and Bill Grant (drums) came aboard in 2009. The lineup has remained static since. After winning the Wolf 104.9fm Queen City Rocks competition, The League went hard to work recording, producing and mixing their second release KILL which dropped in late November 2015.

What are some of the inspirations for the album?

The inspirations for this album come from all over the map. Yes there are the typical breakup songs there (kill the mastodon, better), but you’ll also find songs inspired by everyday life. Kill Kakarot, our 13 minute epic was inspired by the Japanese anime Dragonball Z. It basically sums up the first three seasons 😉 Other influences include games played as kids (knuckles) horticulture (robert the plant) and the frustrations found in everyday life (respect, other half)

Do you have any favourite songs off of it?

Personally i like all the tunes but i am biased of course. if i had to pick a couple or three, I would choose Kill Kakarot pt3, Robert The Plant and Respect

As far as the writing and recording goes, all the recording we do ourselves in our own studio Burning Couch Records, conveniently located in my basement. The writing process can vary. usually one of us shows up with a riff on an idea and the other help to build on it. In the past I used to do most of the writing. Rarely now do we write a song where all three member are not included in the writing process.

You had the release show recently, how did that go?

Our CD release for KILL was a huge success. Sold out show, HD cameras, live recording! Expect a live DVD from us soon! We brought everything but the kitchen sink for this show and the people loved it! Biggest production on the Exchange Stage in a long time.

If you had to guess, what song(s) do you think are going to be fan favourites?

I’m thinking fan favorites on this album will include KNUCKLES, ROBERT THE PLANT and RESPECT, at least that’s the main feedback we receive from our fans 🙂

Fans can expect nothing but awesome energy, killer tone and and accurate reproduction of what you hear on a League album when you come to a League show. we pride ourselves on being a ‘live” band. In fact we spend more time making our studio records sound like live shows then vice versa.

up next for the league….well first off a concert dvd from KILL will be released hopefully late winter early spring. We are also going to head back into the studio to start working on our third album, which we hope to release sometime next year. Of course a tour is always in the plans and we a currently scouting for a tour manager to help with that process.

Since we’re now in the holiday season, what are some of your favourite parts of it?

If you had the chance to interview your favourite band, what would be your first question?

If we had the chance to interview our favorite artist our first question would be, who’s your booking agent and is he/she looking for new bands to promote 😉

Can you list your top three favourite concerts you’ve attended?

What is your favourite pastime?

Our favorite pastime is chilling at Burning Couch studios, drinking buds and writing tunes, that and Sony PlayStation.

What is the most random fact you can think of?
Here’s a random fact. Did you know that pirates wore an eyepatch, not to cover up a horrible wound but to tune the covered eye to see in the dark? When you enter the hold of a ship, its so dark that your eyes need to adjust and can take a long time. With the eyepatch on, one eye would already be tuned to see in the dark, giving that person the upper hand in case someone were to storm the hold of the ship.

We are nothing without you, thank you for supporting The League of One!