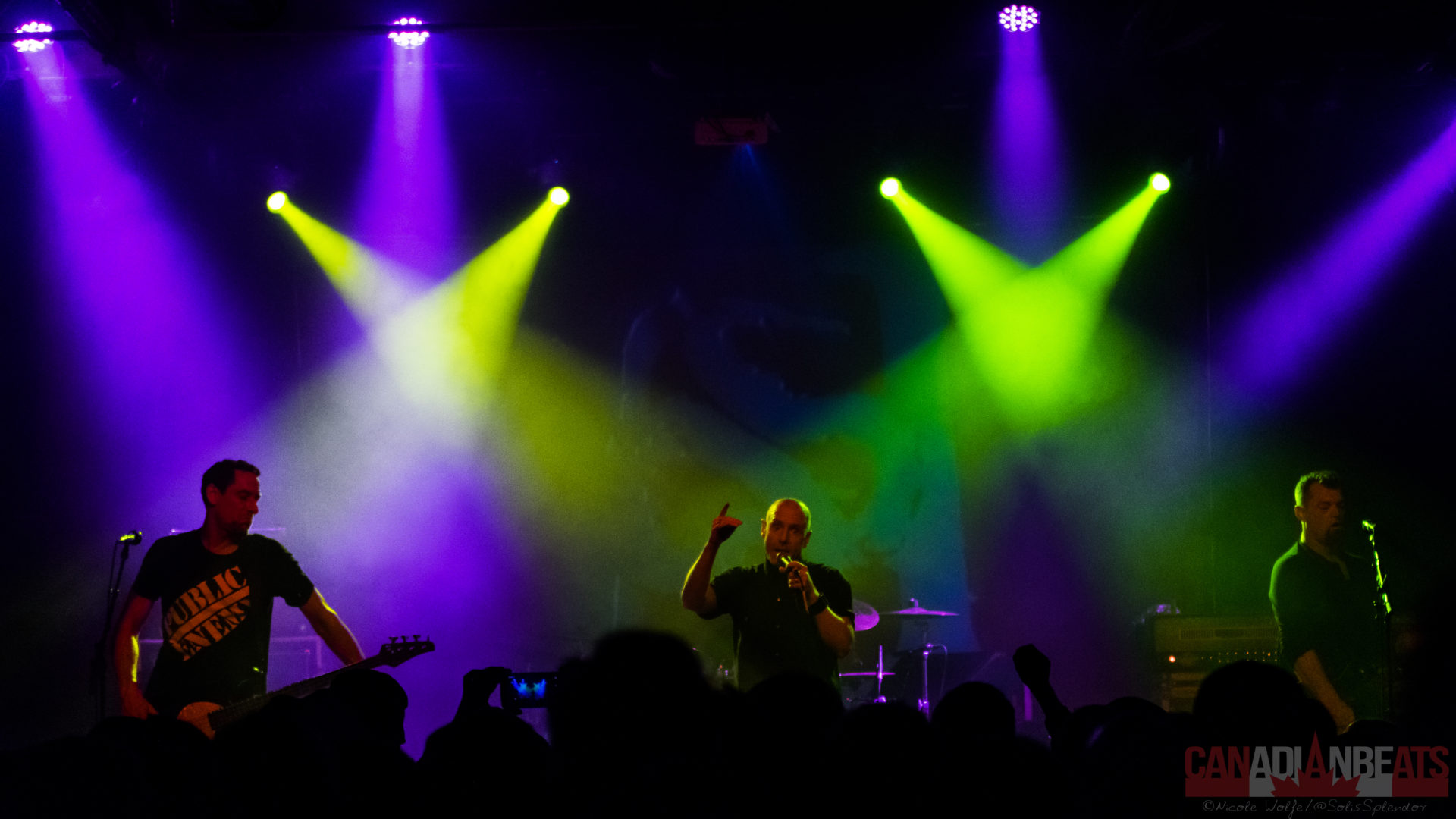 Rock 95 FM, in association with Impact Live Events, held their annual Toy Drive Concert in Barrie this holiday season, featuring a stellar line up including The Headstones and the two most recent winners of the radio station’s Local & Loud competition, Glass Ampp and The Road Heavy.

No strangers to the stage at The Ranch, The Road Heavy won this illustrious competition in 2015 and have been enjoying a very successful year with touring and time spent in the studio.  It is evident that they live the words spoken on their website; that their band is “what you get when you put miles and miles on the road, city after city, show after show & a ‘do it your own way’ kind of attitude”.  Hard work has paid off for this band.  Under the red hue of the stage lights, they put on a first class performance for the packed venue.   The Road Heavy opened with Get My Gun, from their EP, Devil’s Grin, featuring haunting lyrics that describe a story of seeking redemption for a heinous act.  Co-lead vocalist and visionary for most of their songs, Pat James, successfully weaves a story into every melody.  When the delectable riffs from lead guitarist, Ryan Blake, are added in you have an iconic song that can be felt in your bones.  The classic tune from The Allman Brothers, Whipping Post, has become a staple in The Road Heavy’s repertoire and I always enjoy seeing them perform it at their shows.  It is the perfect song to highlight the powerhouse vocals of “Sweet” Jules Cardoso, who pushes her vocal range to their furthest limits.  The Road Heavy closed their set with their newest single, Your Place or Mine, which is currently receiving airplay at radio stations across the country, thanks in part, to their winning of the Local & Loud competition. 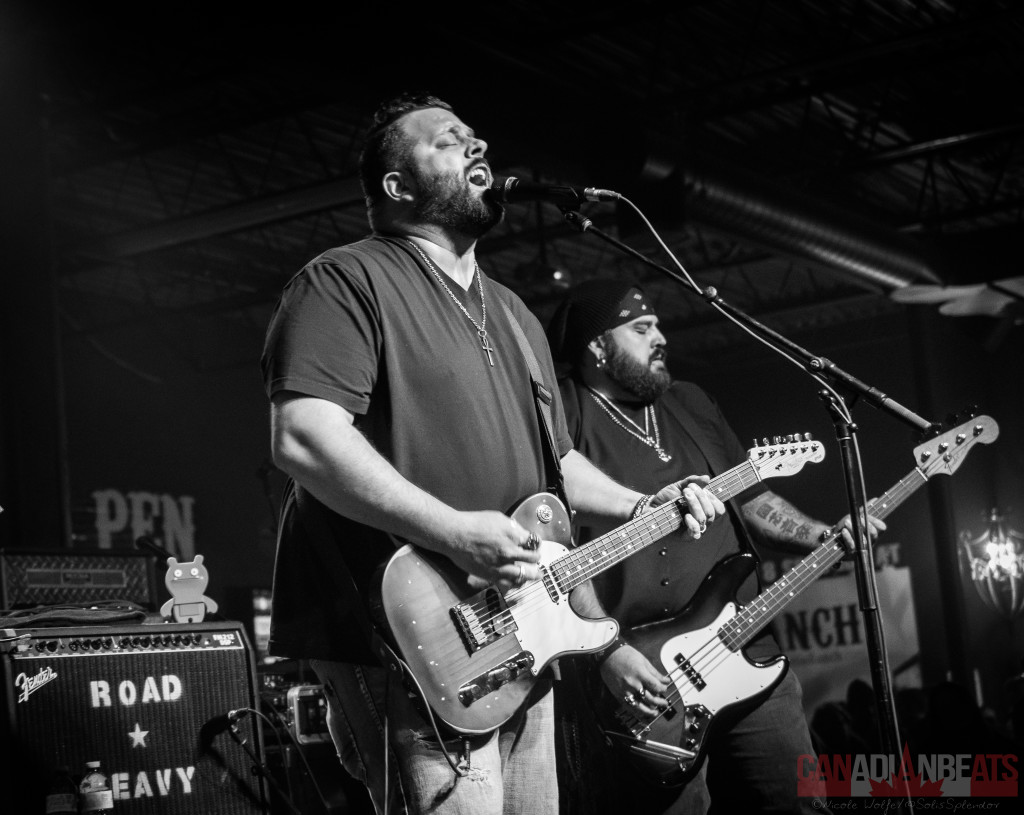 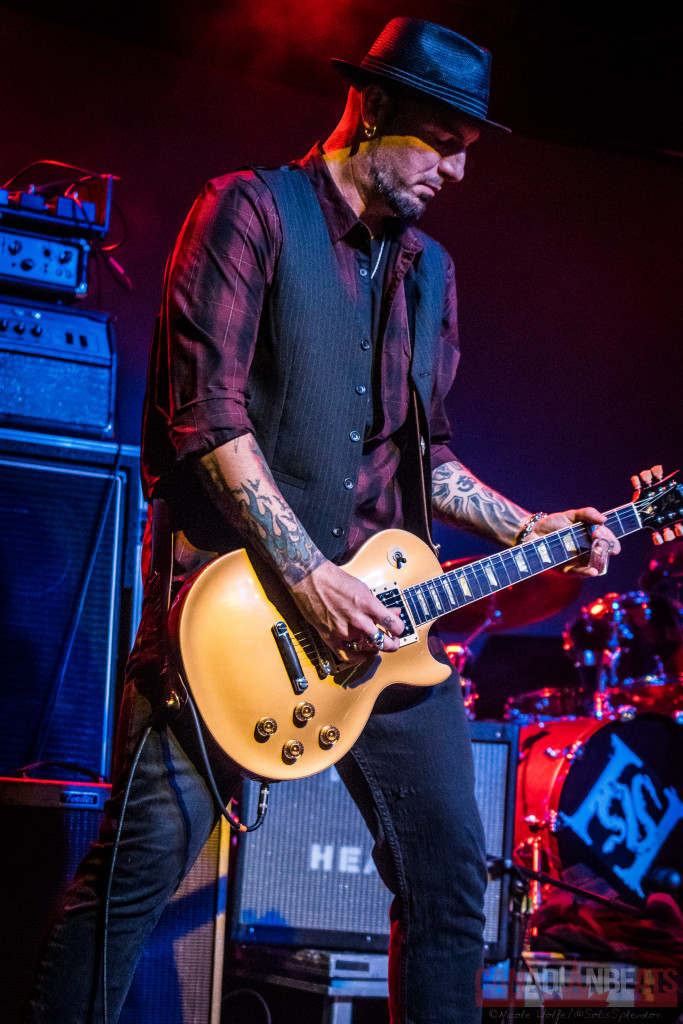 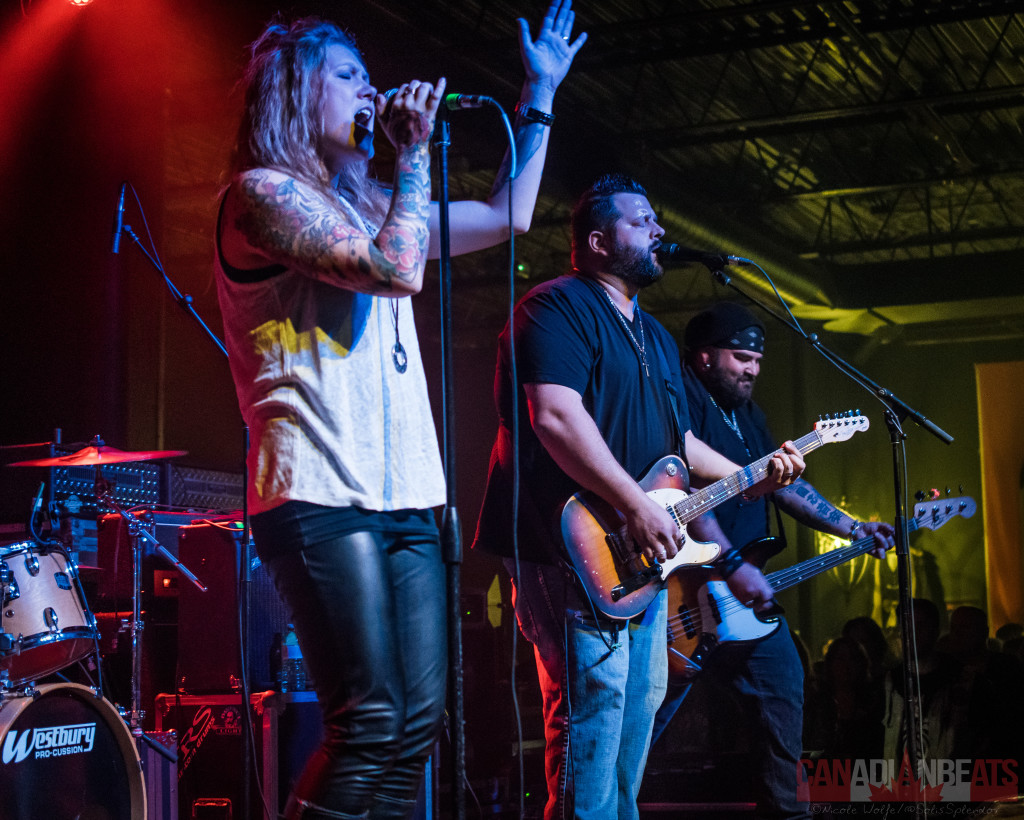 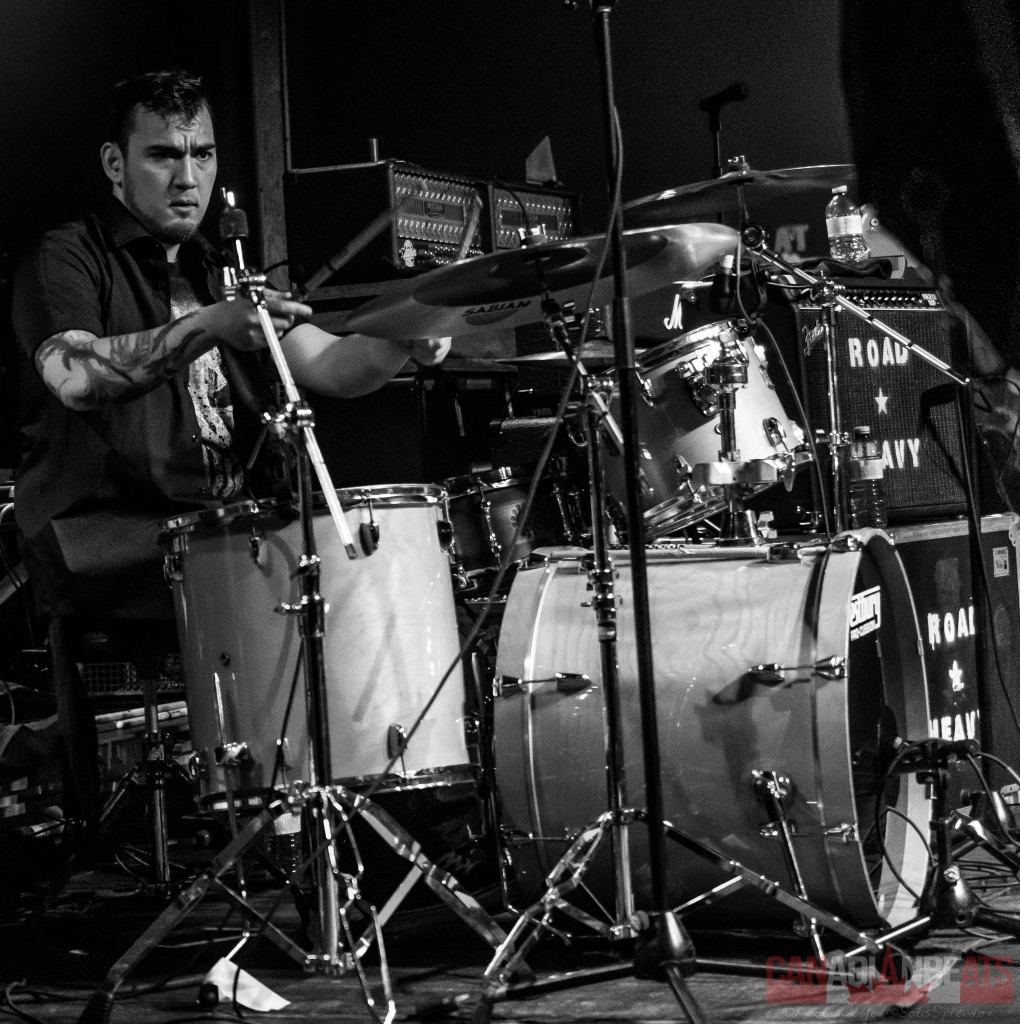 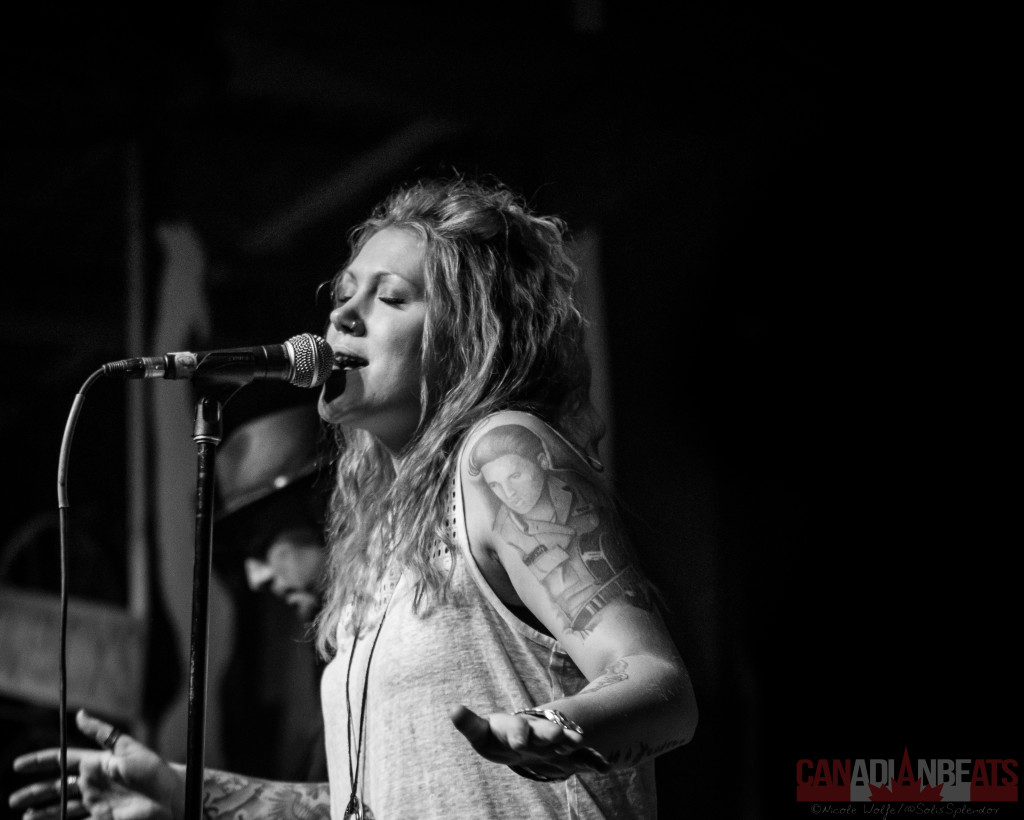 Glass Ampp won this competition the previous year and have also not been strangers to success.  They have recently toured with Big Wreck and have released two EPs, Half Empty (2013) and Jellyfish (2014).  The crowd was completely enthralled from moment the sweet sounds of the raspy yet seductive vocals of Steve Porretta filled the venue.  Their set list proved their versatility within the rock/blues genre.  It included the heavy hitting, How It’s Gonna Go from Jellyfish which featured hefty drum beats and catchy guitar riffs.  The band really shone however, in the delivery of their song, Breathin, from Half Empty.  This slower ballad pierced the crowd with an intensity and a raw emotion that was not to be trumped all evening.  The antics of lead guitarist, Gianluca Mauro are something to be witnessed.  His energy and exuberance for the music was intoxicating.  Whether he was crouched down or his head was thrown back while delivering a soulful solo, his performance was nothing short of spectacular as he provided ample photo opportunities for the fans. 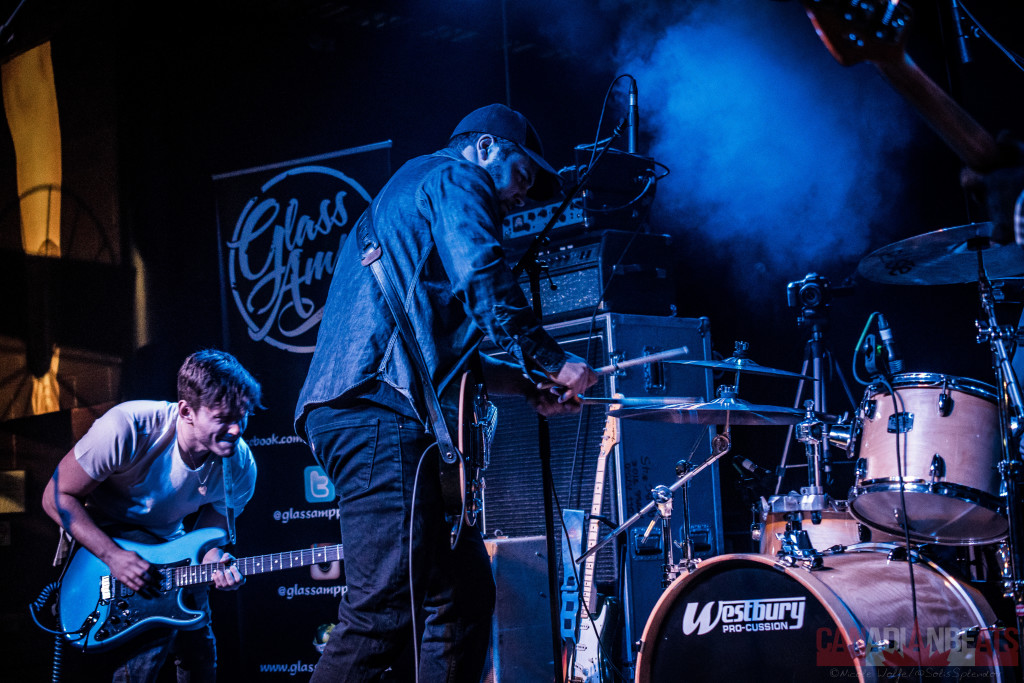 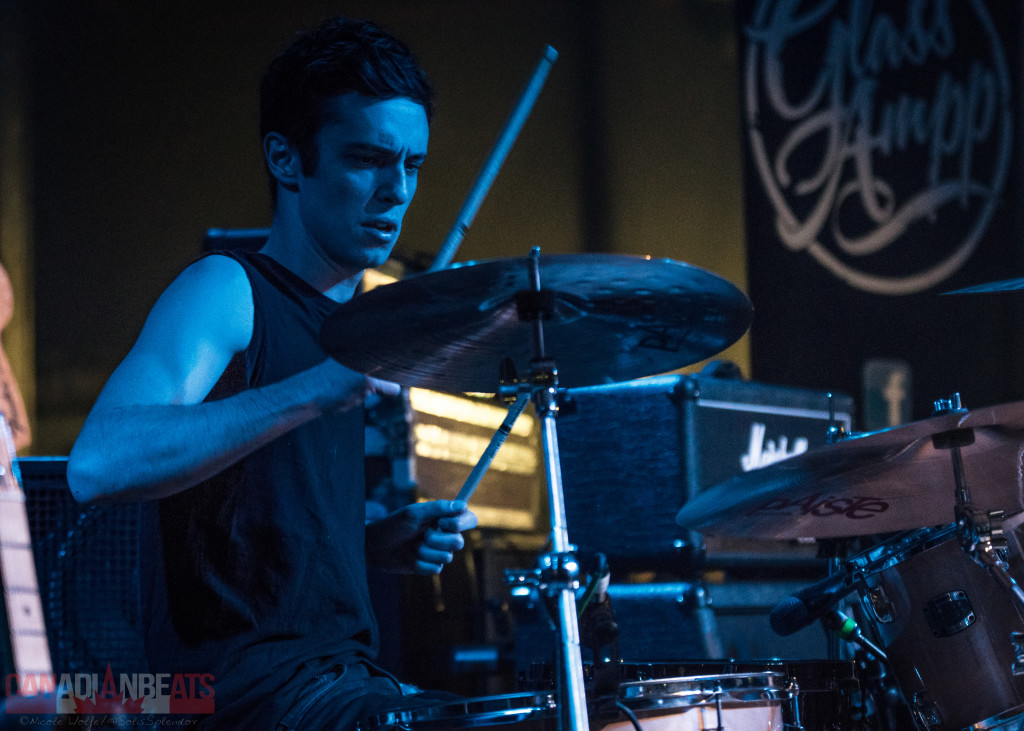 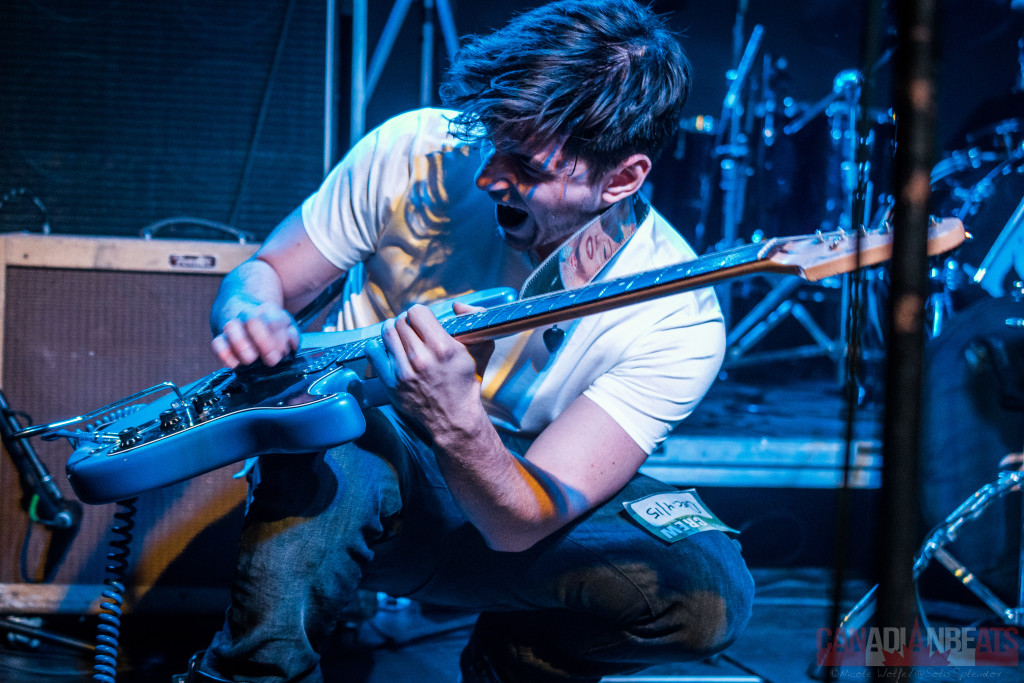 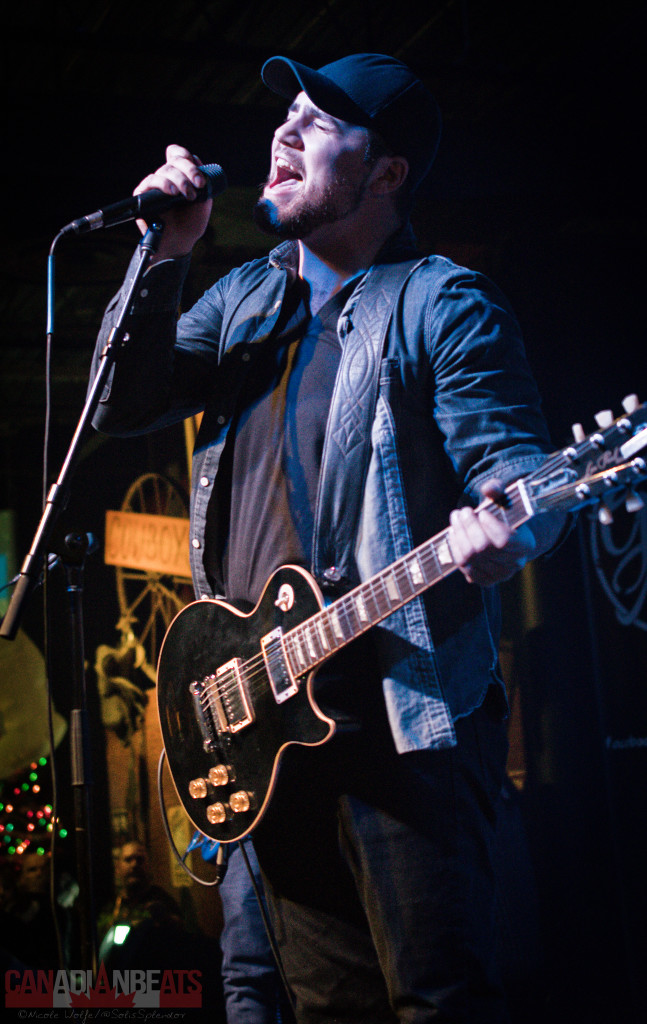 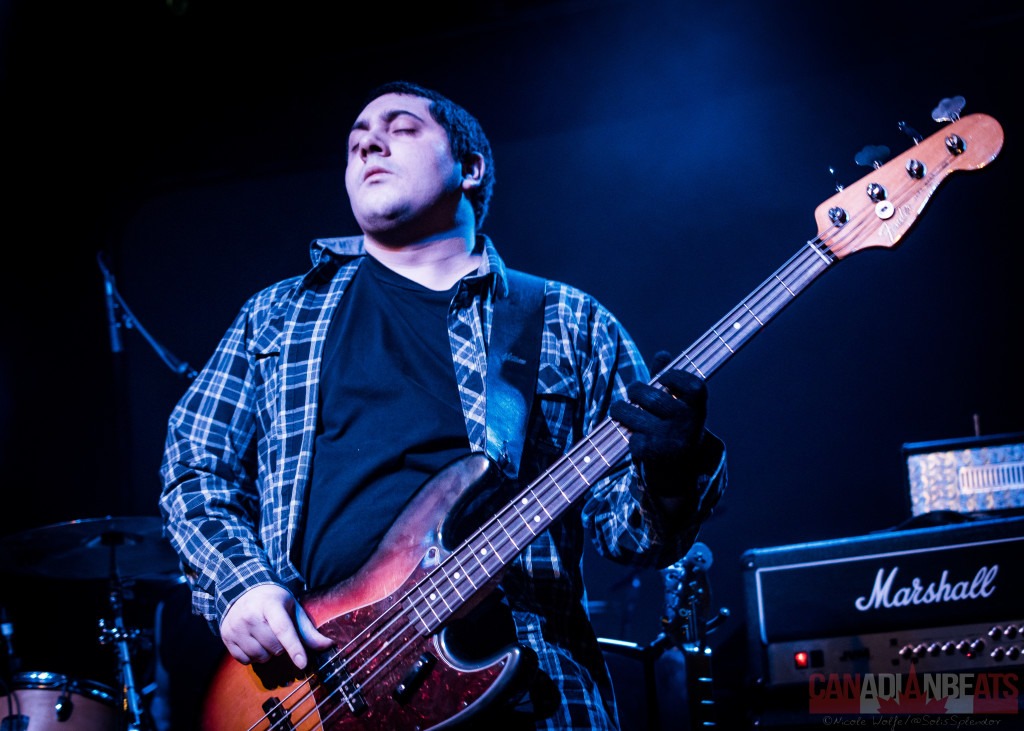 The Headstones have long been a staple in the Canadian rock music scene and are no strangers to Barrie.  The energy from the crowd was palpable as they anticipated the arrival of their beloved rockers on the stage, for what seemed like an eternity after the supporting acts finished.  Having never seen The Headstones in concert before, I was unsure what I was in for.  A few diehard fans in the front row happily shared their previous concert experiences and informed me that I was in for a memorable night.  Was that ever an understatement!  Hugh Dillon, lead vocalist, was a force to be reckoned with.  He emerged onto the stage guns blazing and with an intense look in his eyes that he was ready to light the stage up with some seriously hard rock music.  I was immediately aware of the difference between their live music and the music on their albums.  I own a copy of their greatest hits album and I certainly did not remember their music being as ardent and fiery as it was on stage that night.  Perhaps it was the presumed anger that Dillon portrayed all show (although I was reassured that this anger was just the manifestation of his pure passion and enjoyment in performing).  He did, after all, spend a good deal of time tossing his entire mic stand around the stage at the beginning of the set.  Or, perhaps it was the messy chugging of drinks and jumping around the stage as they performed such hits as Smile and Wave, Cubically Contained and When Something Stands for Nothing that set this performance apart for me.  But, at the end of their show I was fully resolved as to why this band has received such accolades from Canadians and on the world stage. 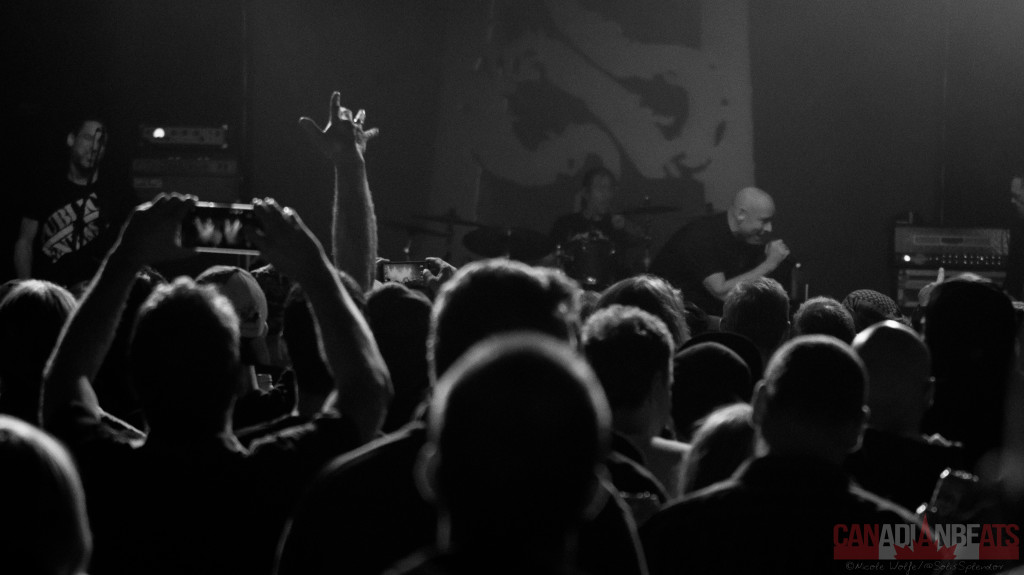 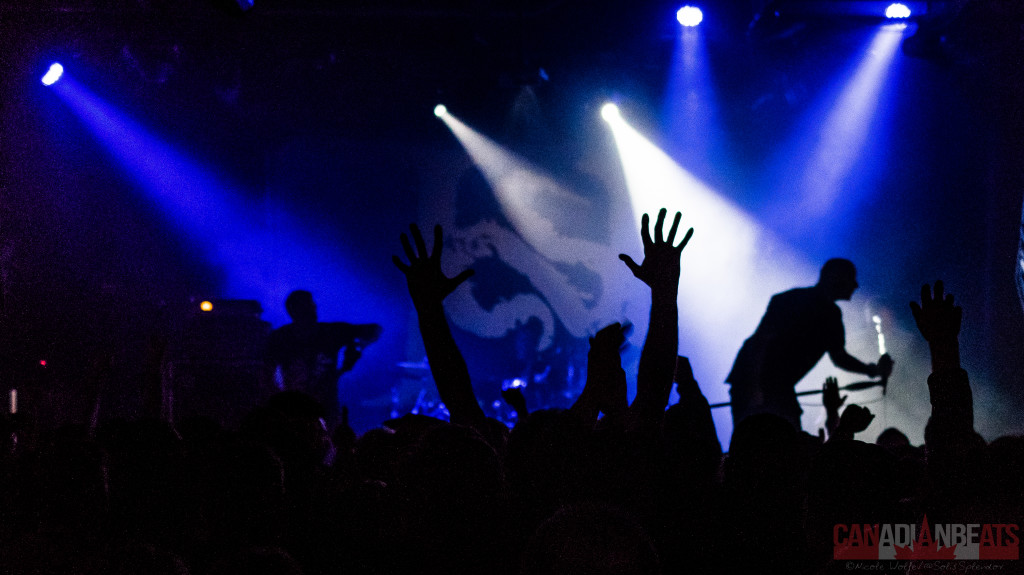 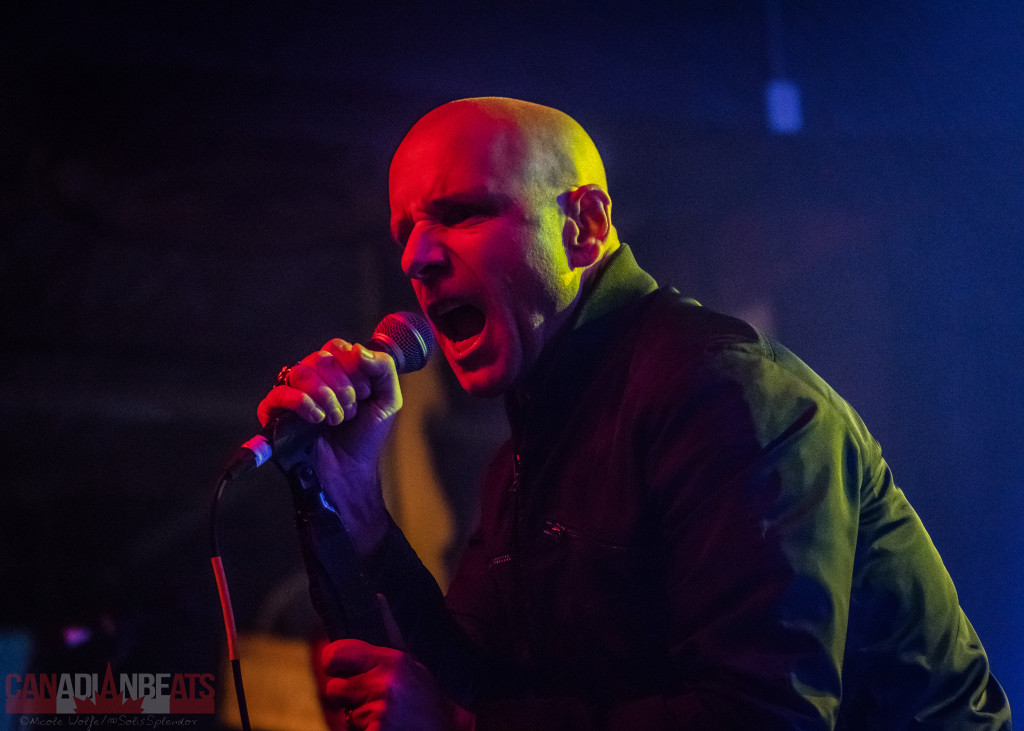 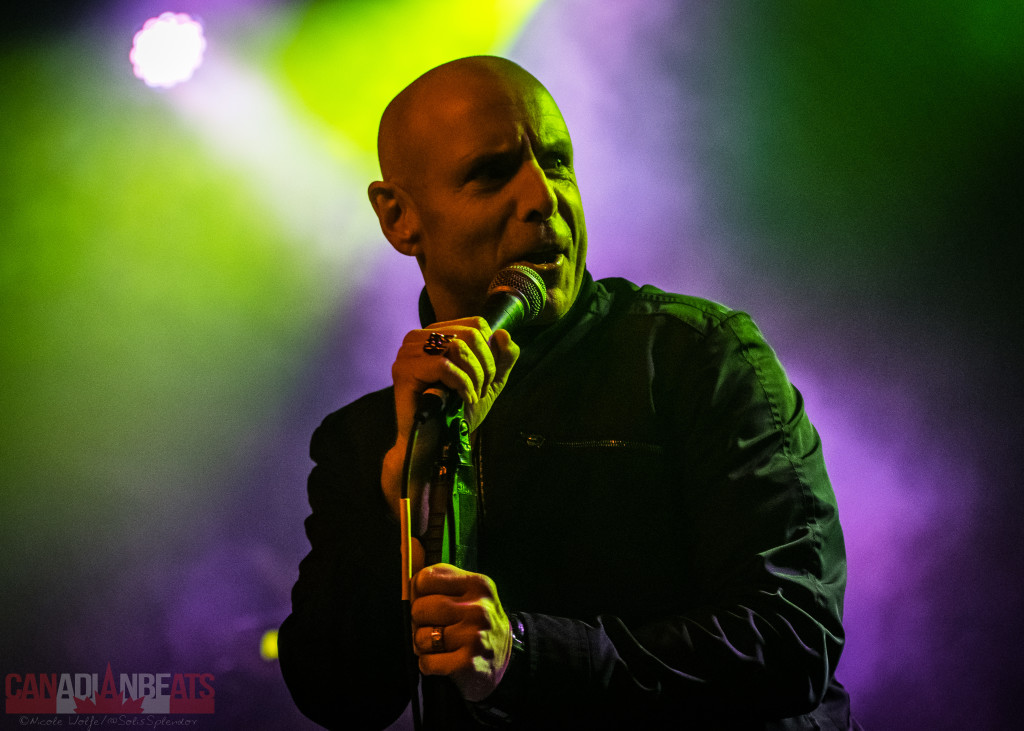 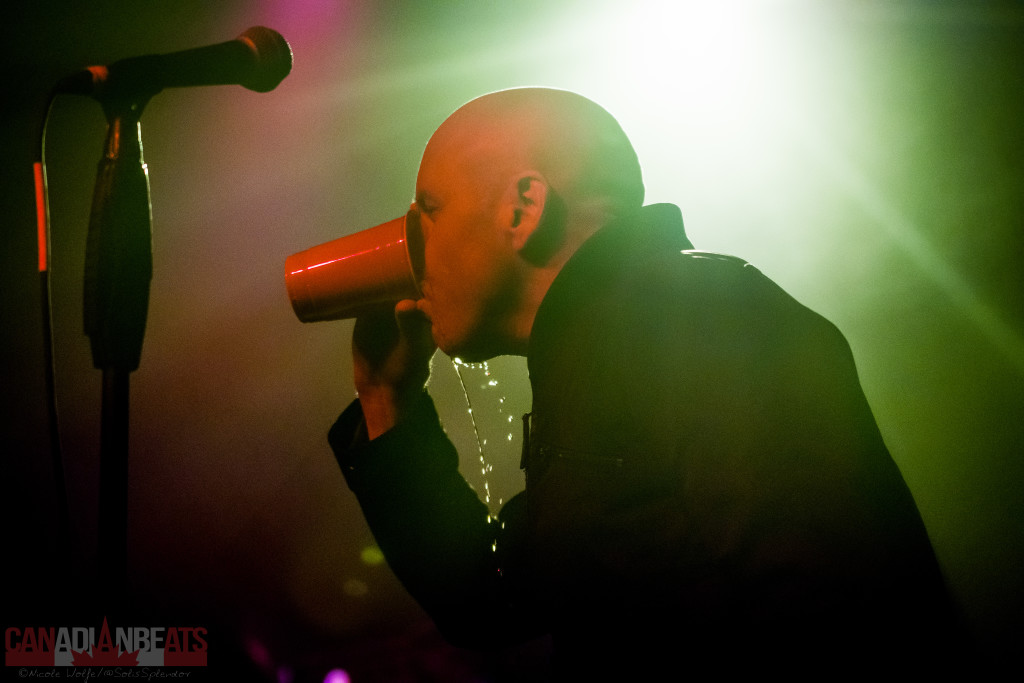 A special thank you to Impact Live Events for making this and other wonderful events possible!

Be sure to check out our Facebook page for even more photos from this concert!