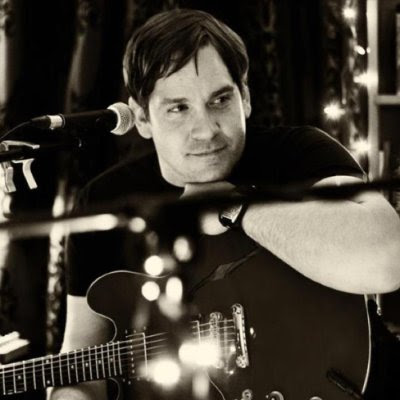 Saskatoon, SK based artist, John Antoniuk has been touring with Jen Lane throughout Ontario/Quebec this past November and has also been hard at work on his highly anticipated 4th full-length album, “Smokekiller- Chiba” which will be recorded in January 2016. John took some time to answer some questions for us.

My name is John Antoniuk and I’m a singer songwriter from Saskatoon, SK. I have released two albums with my band Smokekiller (S/T 2006, 13 2008) and an album of material under my own name (Always With You 2012) that was a collection of material dedicated to my mom who passed in 2010.

When did you decide you wanted to pursue a music career?

I always wanted to be able to just dive right in, but it wasn’t until 2010 when I lost my full time job as an AV tech at a hotel in Saskatoon. Jen Lane and I decided to take a chance and hit the road to support Jen Lane’s “For The Night” 2010 album and we’ve never looked back.

Your fourth album, “Smokekiller – Chiba” will be recorded in 2016, what can you tell us about your writing & recording process?

I’m constantly working on new material. Through the support of the Saskatchewan Arts Board and Creative Saskatchewan I’ve been able to take the time needed to really push my songwriting and take my songs to new places. They’ve really helped me, and a lot of Saskatchewan musicians grow as artists. With that level of support I’ve been able to write from the heart, which I think you can hear when we hit the studio. We are able to capture that emotion through recording because we make sure that it is in the writing before we hit the big red button.

You have just done a series of shows opening for Jen Lane, how did they go?

The shows were amazing! Jen and I have been touring together in support of our duets record before this and there’s a noticeably different emotional pace when you’re doing a whole set of your own material verses sharing the set. Like I said, the emotion is there in the writing and recording process, and it’s also there live.

When can fans expect more shows to come from you?

I’ll be back on the road with Jen Lane in February 2016 through June 2016 for her cd release. I’ll be opening solo and joining Jen on back up vocals and guitar. I’m also working on a new project of my own and will be playing some of my own full band shows in Fall 2016.

What can someone who has yet to see you perform live expect from a live performance?

You’ll get the stories about the writing of the songs, to the uplifting, motivational banter, and back to well written songs with strong messages of love, family, friendship, and general everyday life. I’ve been getting more and more “I needed to hear that” comments, which make me feel amazing because I needed to write it for myself and I love connecting with people.

Were you able to attend any festival this past summer? Who did you see and who did you love?

We weren’t able to be at any festivals in 2015. Hoping for a full festival season in 2016. But one that has stood out to me since 2014 at Music on the Mountain in Fort St. James, BC was Raghu Lokanathan. Ragu writes some of the catchiest tunes this side of anywhere and his stage presence is so unassuming and charming. One of my favorite songs in a long while is “Susannah” by Raghu’s band, Chimney Swallows. https://thechimneyswallows.bandcamp.com/track/susannah

The Clash, Sandinista on cassette.  Sex Pistols, Floggin’ a Dead Horse on vinyl.

Our last night in Toronto for Joe Nolan at the Cameron House November 2015.
His record “Tornado” (SixShooter) is great.

Listening to vinyl and sipping on a nice scotch.

What is your go-to hot beverage?

If you were asked to perform a cover song on the spot, what would you choose?

Sunday Morning Coming Down, Kris Kristofferson. It’s my dad’s favorite, and I’ve been jamming it a lot lately.

Thanks for listening, coming to shows, and supporting local independent music. Keep up the good work, there’s so much more music to come! : )