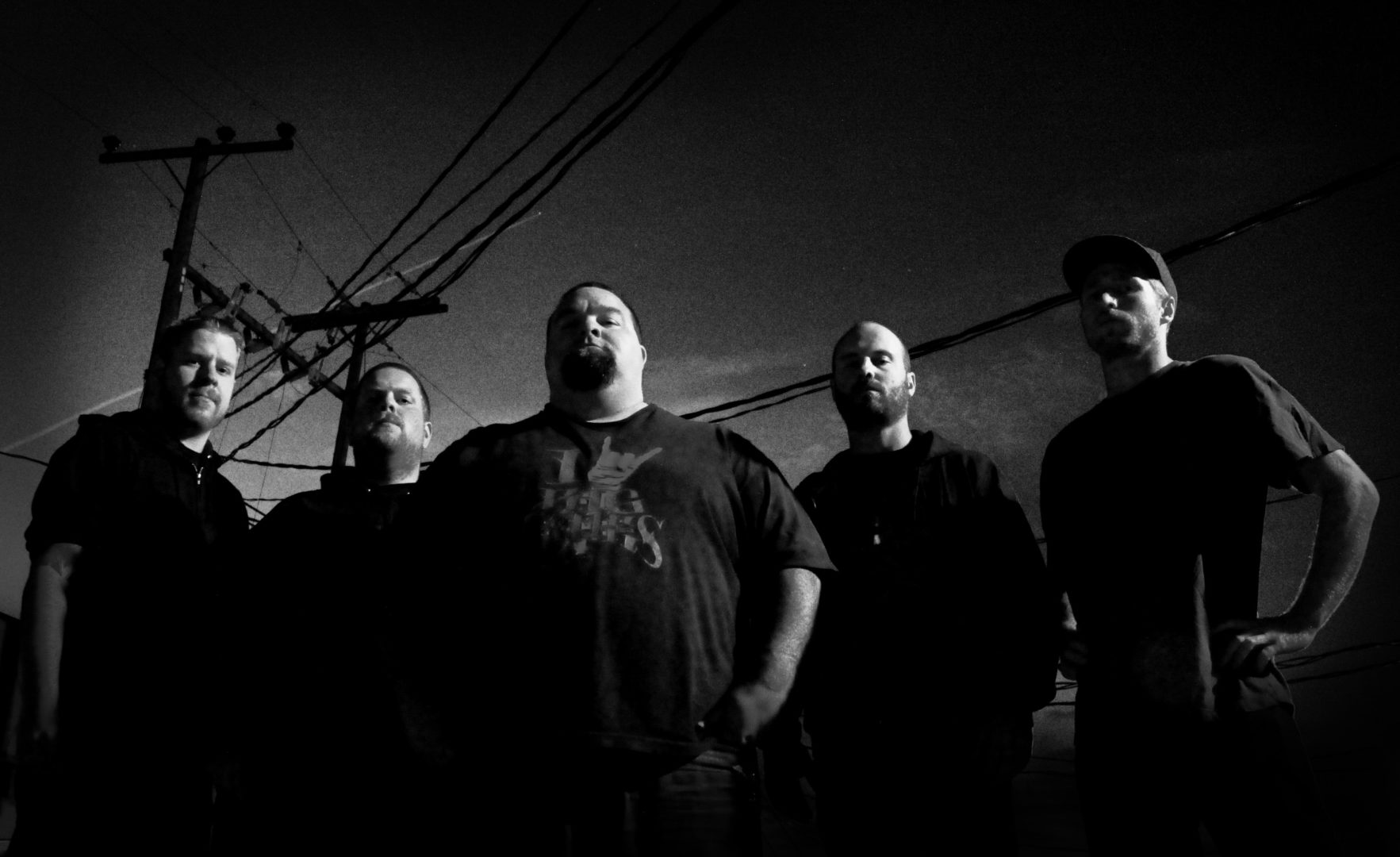 THE APEX is absolutely unrelenting and eastern Canada is currently being crushed under the weight of their current musical efforts.  While busy making videos, touring and putting out a record; drummer Tyson Taylor took some time out to chat with me.

Hey guys, how have things been going?

Things have been a lot of fun lately! We’ve been trying to stay busy making our new EP and at the same time, touring, and working on videos. It’s been pretty busy for us and we are putting in extra effort to continue to stay busy.

You guys are currently touring, how has it been going so far?

It has been amazing. Getting to know Erimha and Killitorous was a lot of fun and we consider them good friends now. The fans have been so supportive and we’ve been meeting new people every night so it’s been a blast!

Any stories from the tour you can share with the fans?

There wasn’t many behind the scenes funny stories. We aren’t really into partying at all, and we really just focus on the music so an idea of a wild night is often us parked at a truck stop and jumping off a free plug or using free wifi and playing video games or watching a movie on the bus haha.

How long will you guys be on the road for?

Any plans to come out west?

We actually did plan on heading there but we’ve been told conflicting opinions on the west coast. A few said it was great and more have said that it was a ton of driving for only a few beneficial areas/music scenes so we haven’t made a decision just yet but we would like to head out there one day for sure!

Tell me a little about the video you guys made?

The video is for “If Detroit River Could Speak” and it’s based off of the Windsor/Detroit area we live in and it’s decline. It’s not like it is in complete shambles but it was a much better state in the past.

What was the best part of making the video?

The best part was getting to do different scenes around the city and hang out by the water. Watching the actress submerge herself in that disgusting river was also amazing in itself!

When did your album come out?

It came out in February of this year.

Where did you guys record?

We recorded in Windsor at Shark Tank Productions and we hired Nick Kinnish (Architects/Johnny Truent) to engineer the recording.

Was writing an album difficult?

It wasn’t so much “difficult” as much as it was time consuming. Steve and myself worked on the music for a year and we kept writing and re-writing over and over again until we were completely happy with the songs and then we went into pre-production recording.

Can you give us an idea of what your particular writing process is like?

Steve, our guitarist will come up with the root idea and then he will present it to me and we then begin piecing together the parts. I will often alter the timing or the feel and together we end up creating the structure for the entire song. We repeated that process until the album was complete.

The Apex has its own unique sound, what are you calling it?

We jokingly called it “Ghetto Tech” and it just sort of stuck. We seen it as a genre option on a few social media sites and we never heard of that as a genre before and we felt it matched us, as we try to play technical music but its more on a “ghetto” level because we don’t use back tracks or in-ear monitors or triggers. It’s very down to earth and simple so we felt it made sense at the time.

What is your opinion on the current metal scene in the east?

It’s been pretty cool to be honest. I can’t speak on behalf of every band but everyone has been receiving us well out here and Quebec has been absolutely amazing to us. So in general, we have nothing but positive things to say really.

What is next for band?

We are currently taking a break from shows for the most part so we can complete our followup EP and we hope to have that ready for the Spring/Summer.

We want to thank you and the fans for their support and we hope to see some familiar and new faces during our next tour for our EP. Cheers! \m/