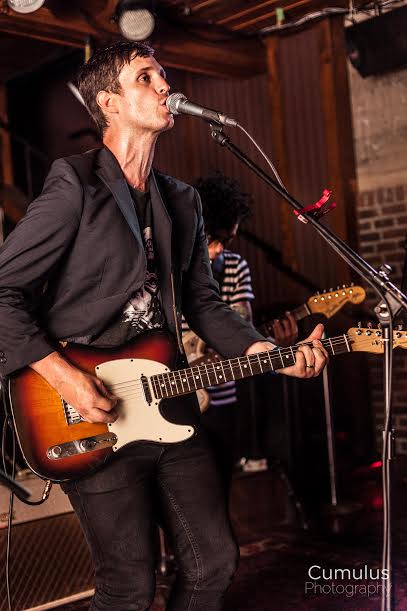 Vancouver, BC based singer-songwriter, Marty Zylstra is no stranger to Canadian Beats, and he has recently released a brand new single entitled “Brian Jones”, and we thought it was the perfect time for a follow up to our previous interview, which can be seen HERE! Marty took some time out of his schedule to answer a few questions for us, and now you get to see what he had to say!

Well my name is Marty.  I live in Vancouver Canada and am a singer/songwriter.  I’ve played in a bunch of bands and had a lot of fun doing that and achieved success is some aspects of those bands careers but about a year ago decided to start building this solo project as my musical interests are fairly eclectic.  I wanted to try writing and recording a number of different styles that are close to my heart such as pop/alt-country/folk/baroque-pop/electronic.  I also really like the versatility of performing with my many close friends who live in Vancouver and also all throughout the globe!

Since we last chatted you have released some singles, any idea when a full length will be available?

The short answer is that I’m not sure I’ll be releasing an LP any time soon.  My songwriting can at times be everything from a pretty fast, punk influenced pop-rock song, to a vocals only hymn.  I’m not sure that the LP format suits my writing.  That being said, you can expect an EP shortly and I plan on building my recorded repertoire over the next year

Most recently, you released a track called “Brian Jones”, how has the response been?

It’s been amazing.  I think that this song is my best release of the 5 as far as instrumentation and general sound.  People seem to agree.

Care to explain your writing process to us?

It’s usually an acoustic guitar in the living room with a computer.  I use Garageband on my beat up old MacBook and depending on the idea, I usually start with verse lyric mumblings.  I’ve been working slowly trying to hone in on the best possible melodies and the songs that stay with me and are memorable a few days or weeks after I start working on them.

Do you have any touring plans in the near future?

Regional touring is always in the plans.  My wife and I just had a baby and I’m not planning to go out on the road for 2 months to be honest.  There are a lot of venues I can play here in Vancouver and area and be at home at night.  Even down to Seattle.  That seems more likely than getting in a van with some sweaty dudes and heading to New York City like Muppets take Manhatten.  That being said, I can see myself playing a handful of shows throughout Canada if the opportunity is right.

I’m planning on recording and EP in Jan/Feb 2016.  It will be between 3-6 songs.  It might be 2 EPs of 3 songs.  We’ll see.  I have 2 really heavy songs that fit together, 2 really quiet songs that are perfect for falling asleep to, and then 2 mid-tempo numbers.  Maybe it’s one record maybe not!

I’ve been listening to Bear Mountain non-stop.  Also Towers and Trees from Victoria.  I have been listening to Fake Shark quite a bit too.  I love those guys.  I also really like Liam Corcoran’s EP (he’s from PEI and was formerly in Two Hours Traffic.  My pal Adam’s band Gang Signs just put an LP out and I’ve been listening to it.  Also, Astrocolor’s first and latest record “Lit up” has been played a lot at our house (

I’ve been to a few local shows here in the city.  I saw JP Maurice recently and that was amazing!

Staying in and watching hockey on CBC.  Classic Canadian

What is your go-to hot beverage on a cold day?

What is something that your fans would be shocked to learn about you?

Shocked?  ummm, shocked?  well, it might be shocking but I really like pop music.  Sometimes the most popular of pop songs.  haha

Thanks for reading!  If you haven’t already, please check out my new song Brian Jones (the Death of the Rolling Stones)!  it’s on Spotify & iTunes & Google play!