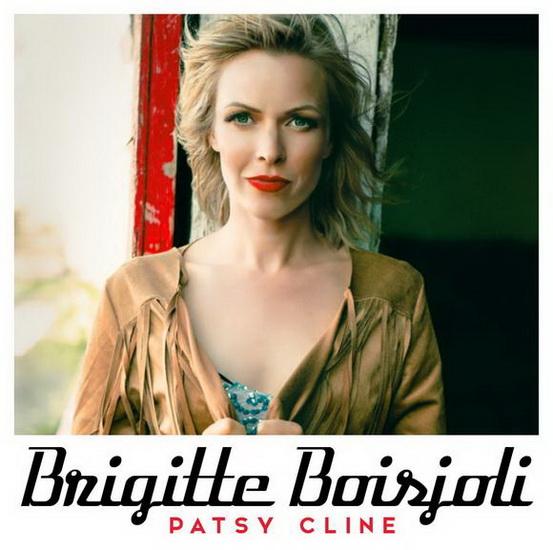 With the release of Patsy Cline on 16 September 2015, Brigitte Boisjoli had no idea that her versions of timeless songs of Patsy Cline would earn her a gold record. From the beginning Boisjoli knew that she wanted to share her vocal gifts with the world. Any chance she could, she would perform. Eventually even forming a Jazz trio at the age of 14 and performing in bars before she was even legally allowed. Boisjoli’s hard work and vocal talents paid off when she auditioned for fourth edition of the Quebec talent show,Star Académie. After her appearance on the show, the drive to musical success was underway. With Fruits défendus released January 2011,Sans regret in April 2014, andPatsy Cline in September 2015, Boisjoli continues to delight her fans with her musical skills.

Boisjoli has taken to the road in support of her latest album, Patsy Cline. A complete homage to the legendary Patsy Cline comprised entirely of some of Cline’s biggest and most timeless tunes. Boisjoli shows that her vocals can tackle even the toughest songs. “Sweet Dreams,” “I Fall To Pieces,” “Love Me Honey Do,” “Crazy,” “Back In Baby’s Arms,” “Leavin’ On Your Mind,” “Walking After Midnight,” and “She’s Got You” are all part of the 12 track album. Patsy Cline was recorded in the legendary RCA Studio in Nashville.

I recently was able to catch Boisjoli performing at the Café culturel de la Chasse-galerie located in Lavaltrie, Quebec. Boisjoli is a natural performer who loves to entertain. Her deep connection with the audience can be observed as you watch her flawlessly belt out song after song, and take the time to talk with her audience members like she is talking with old friends.

A vocal power house, Boisjoli delighted fans with her renditions of Cline favorites. Her set-list was jam-packed with musical classics. Boisjoli performed 11 out of the 12 tracks off of Patsy Cline as well as “Sans Regret,” a Quebec country medley, “Good Boys,” the beloved Dolly Parton classic “Jolene,” “9 to 5,” “Proud Mary,” “Think,” “Me and Bobby McGee,” “Jackson,” “Love Me Tender,” and “Fruit Défendu.”

With her strong vocals, excellent stage presence, and completely humble demeanour it comes as no surprise this Quebecois Sweetheart earned herself a gold album. Boisjoli will continue to support Patsy Cline well into 2016. Dates have already been booked and her tour schedule is filling up fast. It will be a busy year for Boisjoli on her successful musical road.