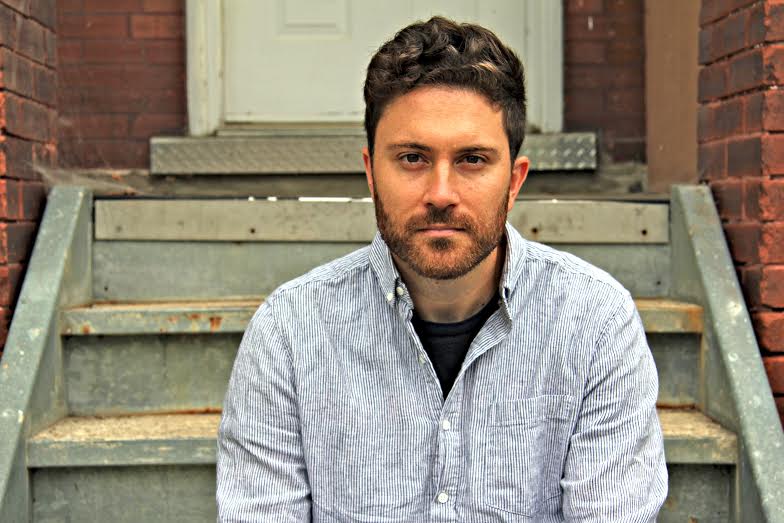 I recently caught up with Guelph, ON based singer-songwriter, Matt Monoogian to chat about his background, his new album and much more! Find out what he had to say, and be sure to check out his album HERE!

When i was learning how to play in a band The Beatles were the biggest influence. That’s a typical answer, but it’s the truth. When i started writing songs however i always looked up to artists that could arrange and play all the instruments. Elliott Smith was a big one for me.

You just released your album “HIDE” on November 6, how has the response been so far?

Amazingly, it’s been all positive. it’ll be interesting to get more opinions when it reaches a larger audience. I’ve been happy to see people that wouldn’t normally like this genre of music, take to it.

Can you tell us a bit about your writing process on this album?

This entire album started from ideas on the acoustic guitar. mostly starting with a feeling and then i would track that feeling and add pedal steel. The steel really opened up melodic ideas and then i would begin to add layers. Thomas Hammerton would come over and we would hash out more and more ideas. eventually we would take it to the studio. usually recording song by song, and that’s why it took over two years to complete. I wanted it to be perfect.

For this album learning the pedal steel really opened my eyes to what i could accomplish, that was a huge inspiration. Also after completing a song and seeing how it all came together inspired me to continue writing.

Is there a certain song on the album that holds a special place in your heart?

They all stand alone to me, but if i were to be pressed to pick one I would say Set Sail. i think its the best thing ive written compositionally. The flow of the song and the arc of it.

You have two upcoming Toronto shows, as well as one in St. Catherines, what can someone who has yet to see you perform live expect from your show?

You can expect a full band for the Toronto shows but for the st. Catherines one you’ll see a stripped down version. i play the drums and guitar at the same time while Thomas Hammerton fills in the keys and string arrangements. its a huge sound for a duo

Do you have any shows lined up for the New Year?

Currently there is a show in Hamilton on January 22nd.

I went and watched a band called Soulphonic

I’m a self taught musician

To all my fans that ordered the vinyl, i swear you’ll get it! haha.