When: November 21, 2015
Venue: The Roxy Theatre
Where: Barrie, Ontario

One Bad Son were joined by two bands, their close friends from The Wild! and The Lazys, a rock band from Australia, to perform at the Roxy Theatre in Barrie, ON.  They set out to prove that rock ‘n’ roll is still alive and kicking in Canada with the delivery of a seriously ferocious rock concert!

Kelowna’s, The Wild!, brought with them a set of some of the most heavy hitting rock songs I have ever had the pleasure of experiencing.   It was clearly evident that this band is far from the definition of an opening act and that their show was worthy of being its own headlining act.  Every detail was in order, from the matching biker vests, to their commanding stage presence, however The Wild! are not to be mistaken for a cookie cutter band.  I had the opportunity to sit down with lead vocalist, Dylan Villain prior to the show and was convinced that this band has the necessary ingredients to propel themselves into rock stardom.  My interview with Dylan will be available for viewing shortly at Canadian Beats.  They truly live their motto of putting 150% into everything they do, by living up to their namesake; playing hard but working harder.

A set from The Wild! is not complete without a performance of their hit song, Slow Burn, that has successfully climbed the rock charts, a sign to the band that they were on to something amazing.   Watching the video for this song makes it obvious that they don’t approach their music in a plain, traditional sense.  Slow Burn connects to both girls and guys alike and provides the necessary feel-good vibes for a night of dirty, sweaty rock tunes.

The Wild!’s pleasing sound is a direct result of the culmination of the talent of each bandmate.  The professionalism and composure of Dylan’s raspy vox provides the backdrop for the music.  The dirty, fuzzy sounds from both Dylan Villain and Pistol Pete’s guitars, paired with the bass jams and vocals from Lucas Boozus and tight rhythms from drummer, Reese Lightning create a soundscape that sets the musical soul ablaze. 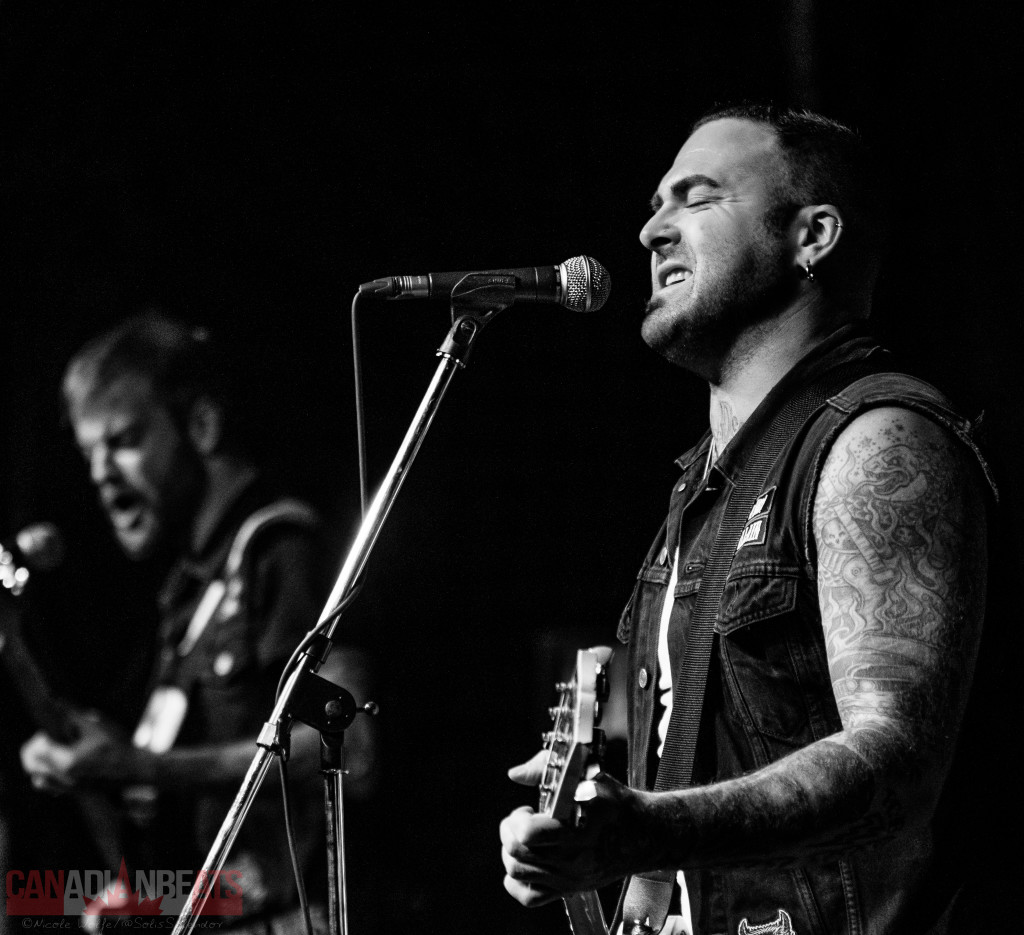 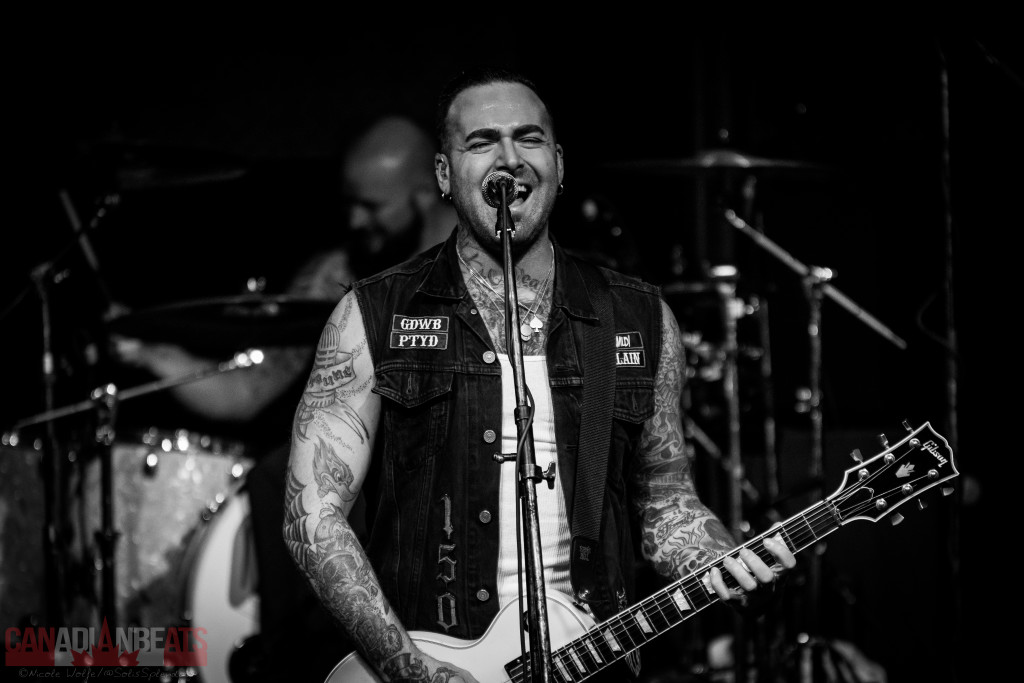 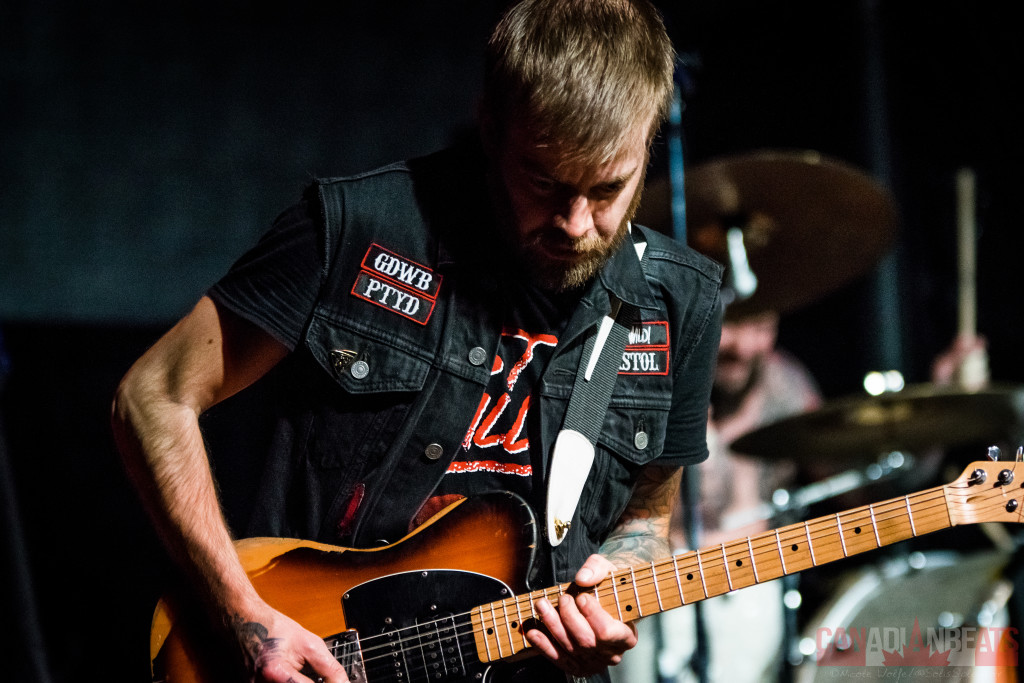 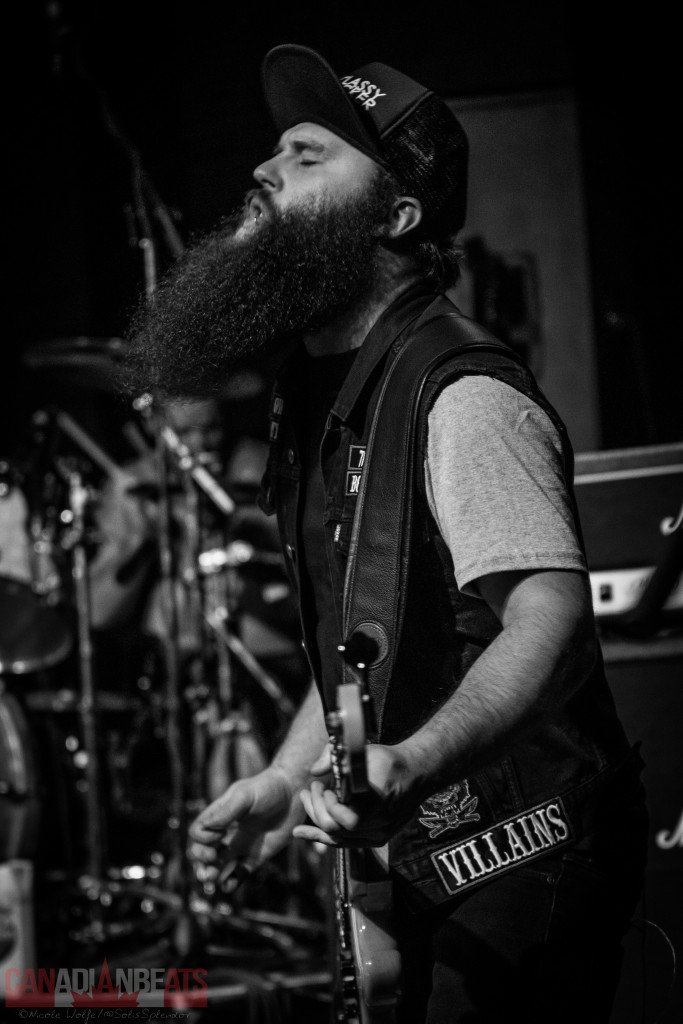 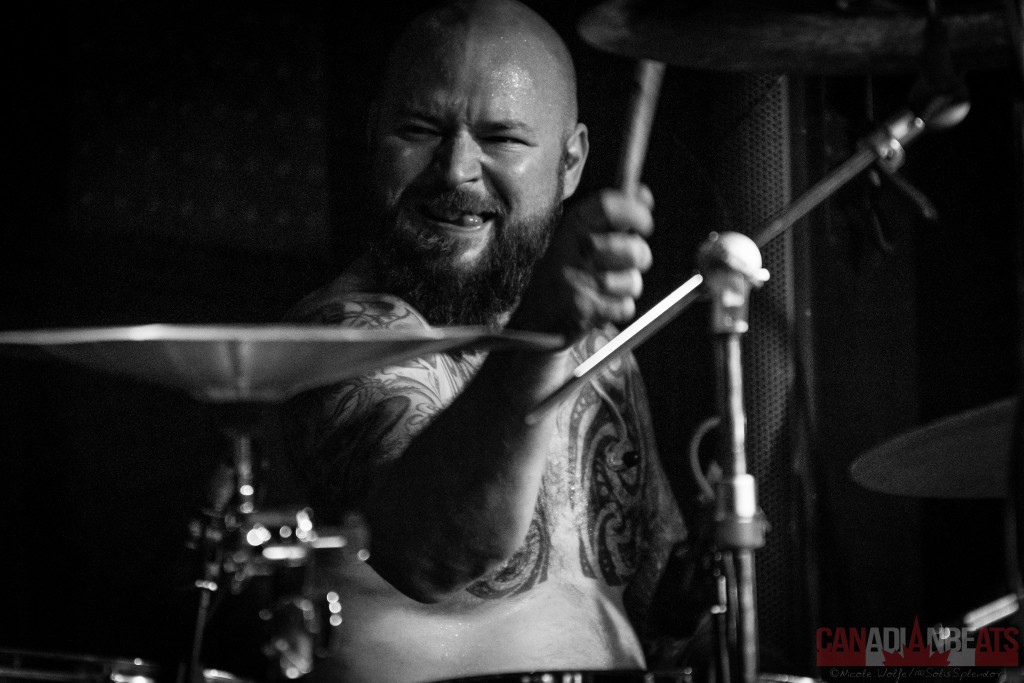 Vintage flickering TVs, stack on top of each other with the words ONE BAD SON printed on them have become an iconic image for Saskatoon’s One Bad Son.  When the TVs came to life on the Roxy stage, the energy from the crowd could be felt through the entire theatre.  Their sound, although distinctly their own, is peppered with hints of Alice in Chains, Led Zeppelin and Guns N’ Roses.  They played an eleven-song set list including those that made them famous, including It Ain’t Right, Scarecrows and Retribution Blues, and some more recent releases, including  Black Buffalo and Satellite Hotel.  Barrie fans were also privileged to experience One Bad Son’s debut performance of El Mariachi at this show.

On stage, they effortlessly demonstrated why they have become one of Canada’s premiere hard rock bands.  I feel the necessity to confess that I have been a strong supporter of this band for many years and will likely fail miserably at maintaining an unbiased opinion about these rockers.  However, I can promise to you that every other person in the theatre that night was of equal mindset.  I can also promise that listening to one of their many hit songs, or attending just one of their shows is enough evidence to convert even the most hard-nosed critics into an OBS fan.

One Bad Son has generated numerous songs of mass appeal.  This can be credited to the fact that they have successfully maintained creative control over their music.  Lead vocalist, Shane Volk writes all of the band’s incredibly meaningful, easy-to-connect-with lyrics, and collectively, the band creates all of the melodies to their songs, which are usually the product of a successful jam session.  An example of this musical genius can be experienced by listening to one of their newer songs; the sultry Satellite Hotel.  Volk’s expansive vocal range is demonstrated in this song, with his smooth, baritone voice that is presented at the beginning of the slow-tempo opening to the bold, high-pitched tribal yell that he switches into as the song picks up.  His bandmates, including Adam Hicks (lead guitar), Adam Grant (bass) and Kurt Dahl (drums) are equally as important, however, in delivering these songs, which range from acoustic ballads to high-intensity hard rock anthems.

What stood out in my mind, and what I tried to capture in my photography of the band that night, were the raw emotions expressed by the band while performing.  There is no mistaking the pride and ownership the band has in their songs, which translates to a heartwarming and soulful rock show where fans hang off of every lyric and every note.  Volk connects with the crowd in a way that is not easily replicated by other lead singers.  He presents himself front and centre, one foot propped up on a wooden box, eyes closed, with a direct line to the heart of his fans as he sings with fervent conviction.

The show closed with their performance of a Talking Head’s cover, Psycho Killer,  the song whose namesake became the name of the tour, which can be found on their latest album, Black Buffalo.  Fans left happy, glowing and fully satisfied from the experience of the talent dished out by three incredible bands. 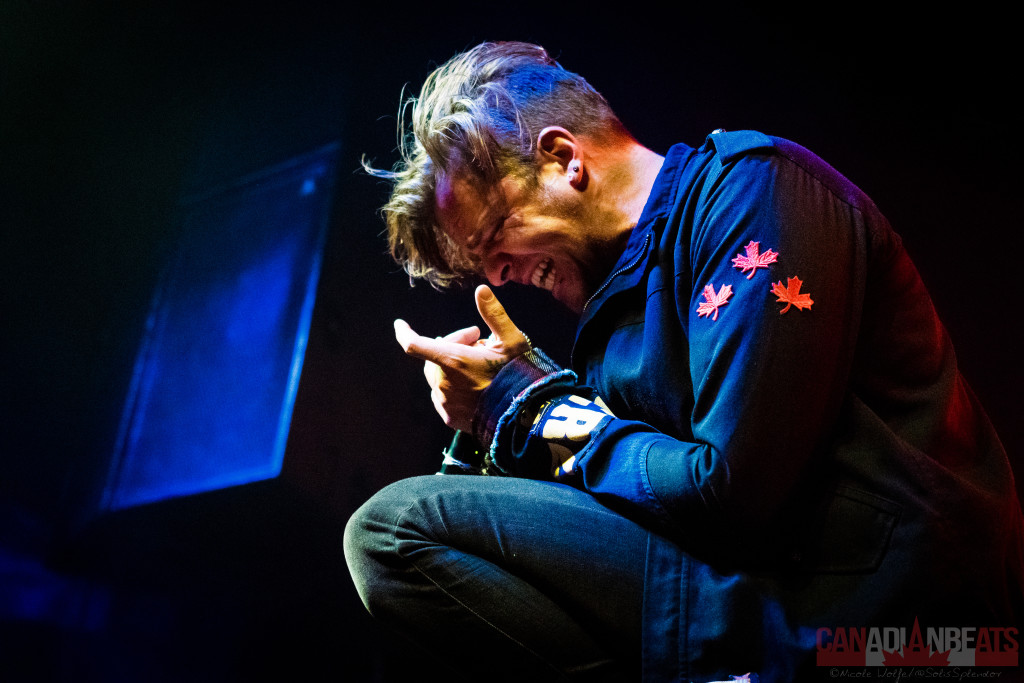 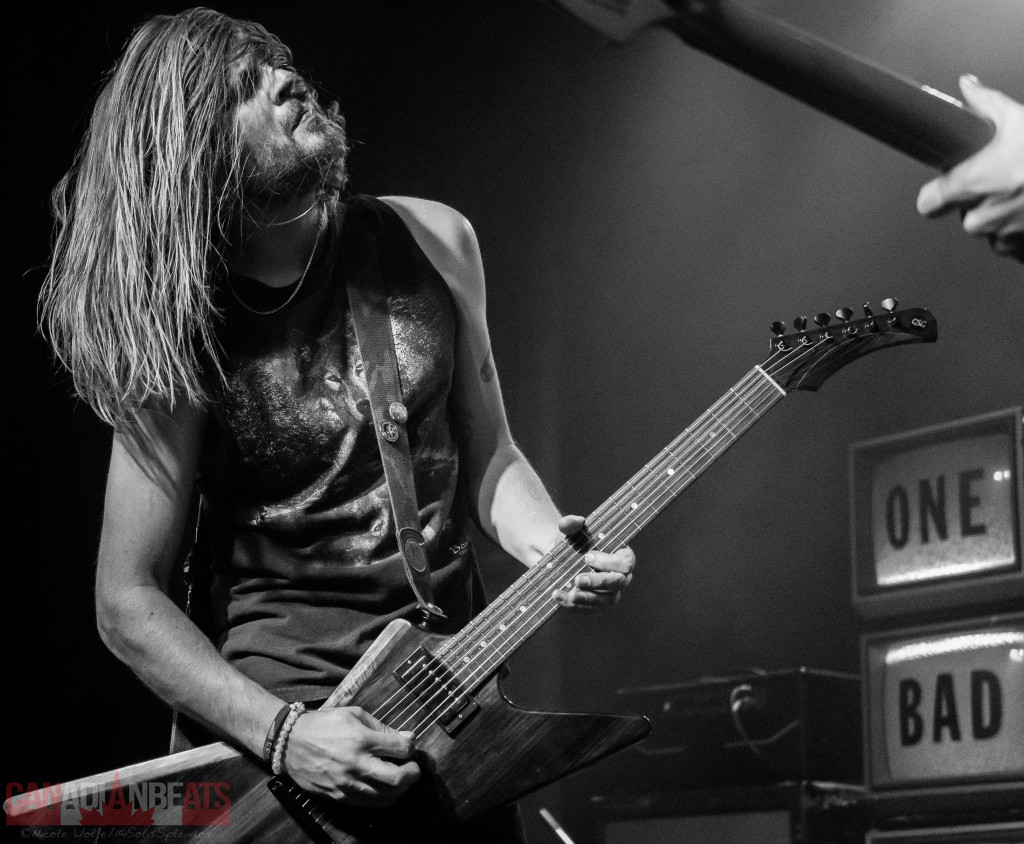 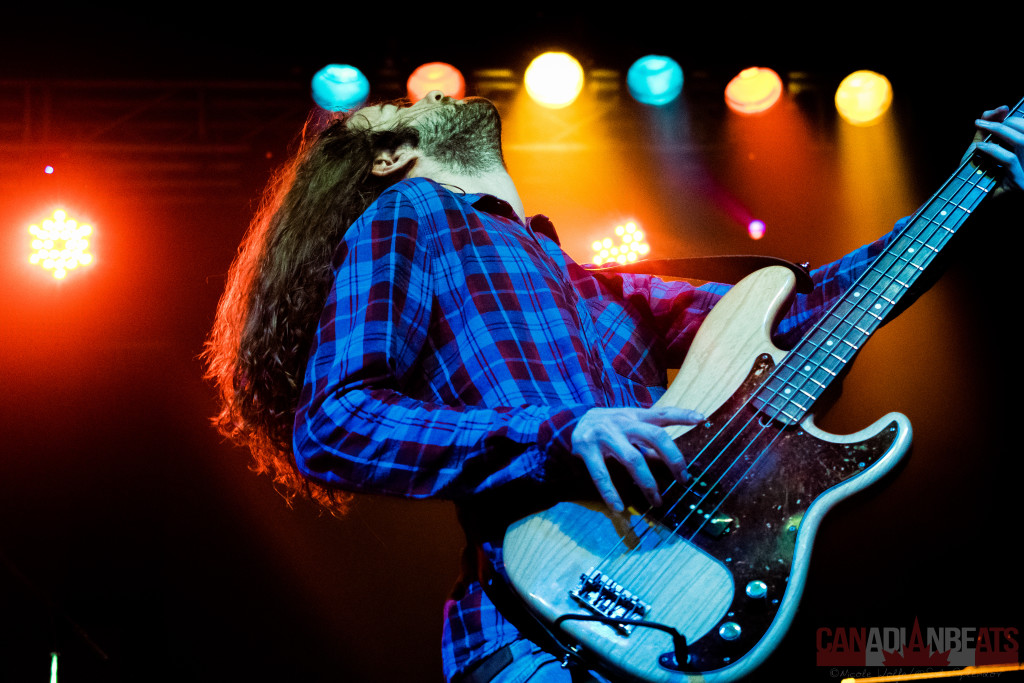 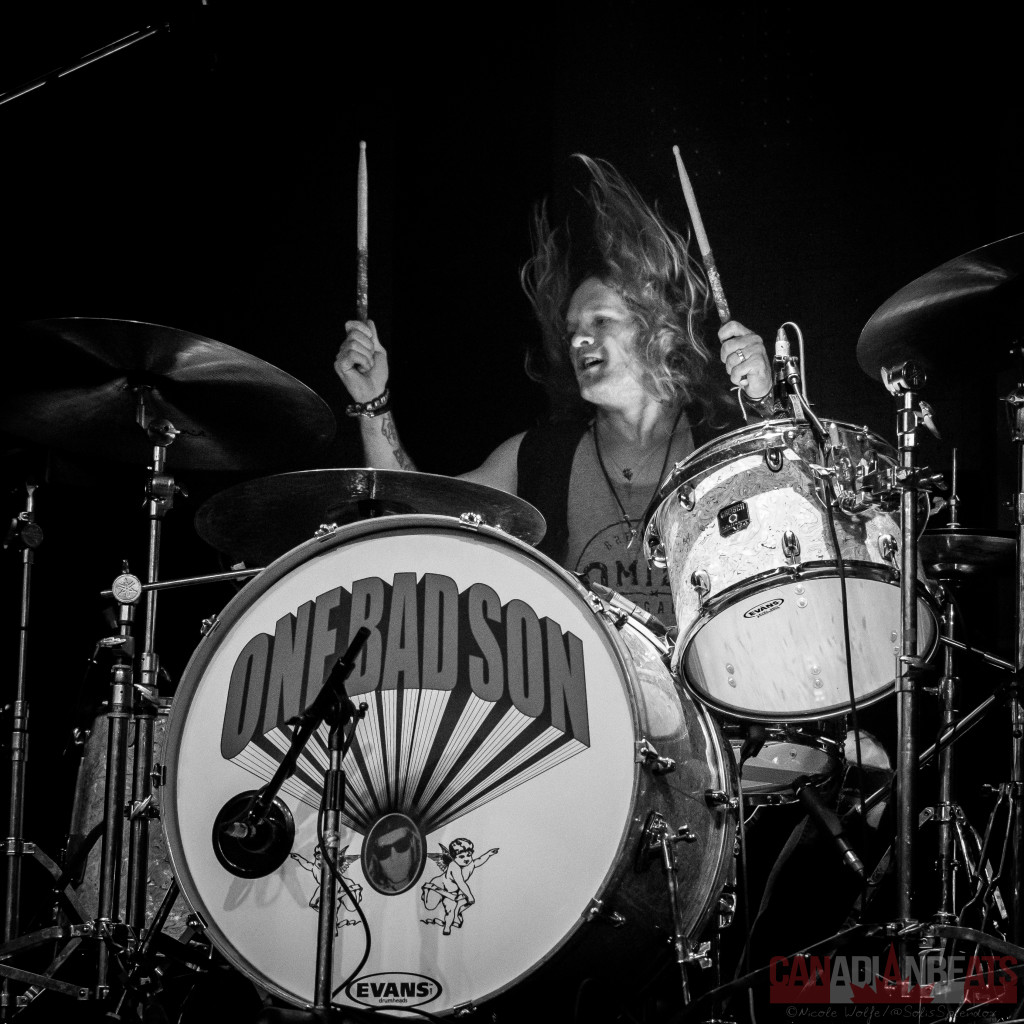 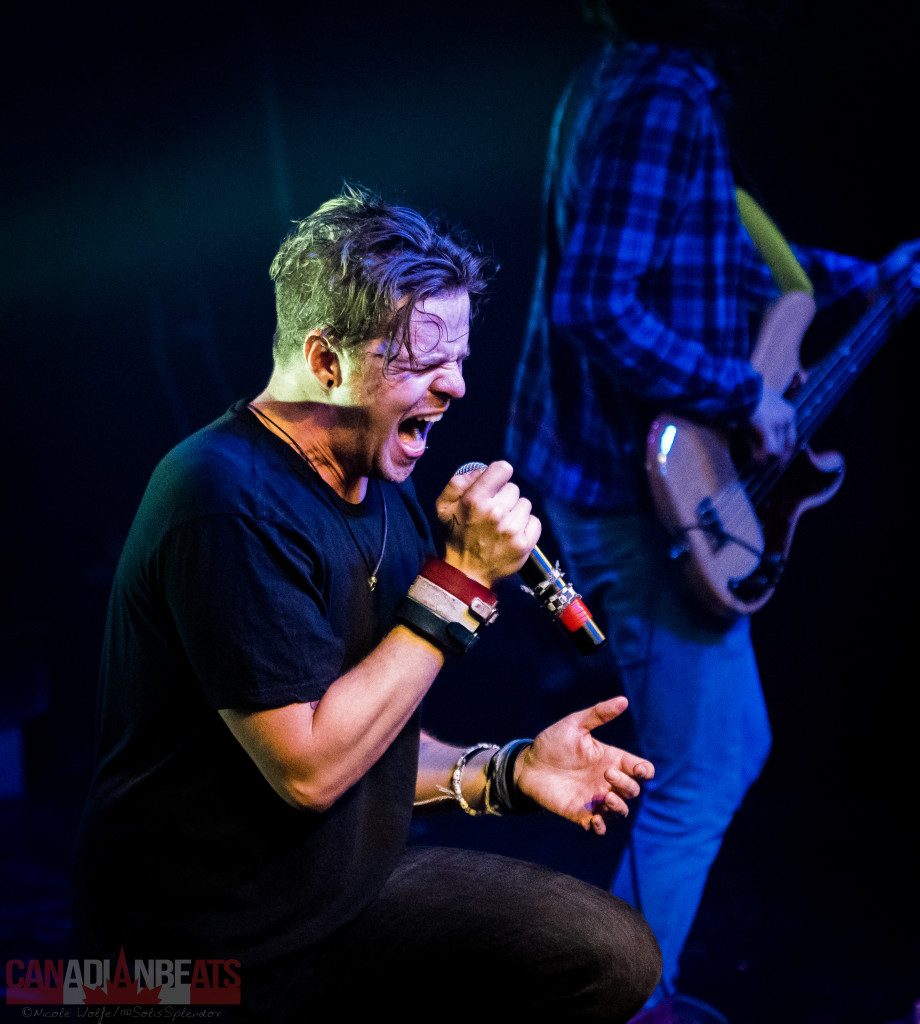 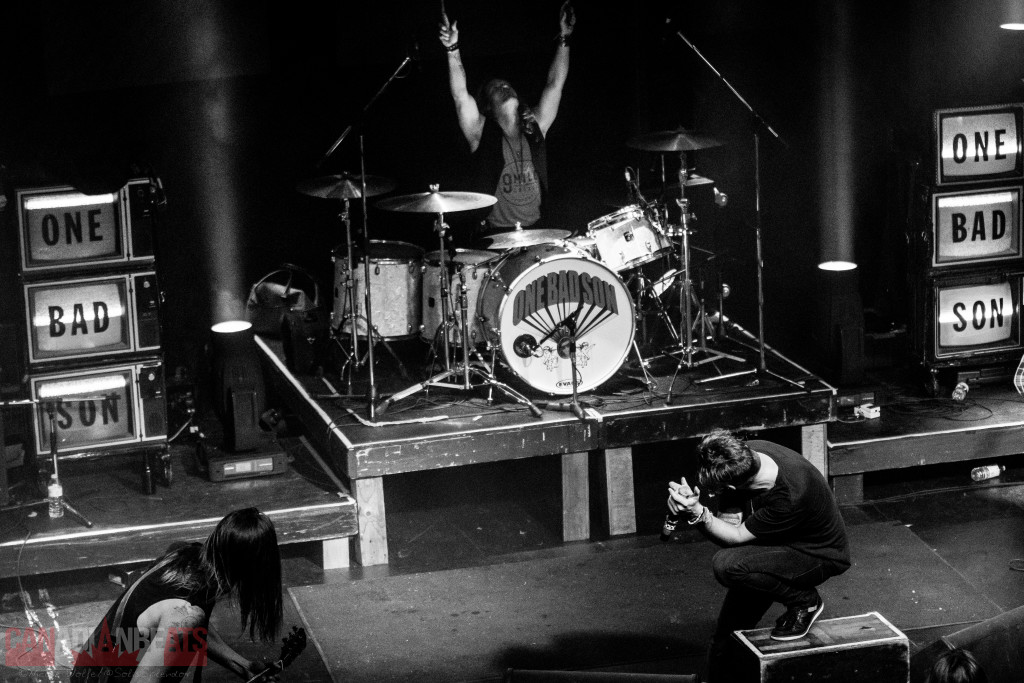 Want to see even more photos from the show? Head to our Facebook page!