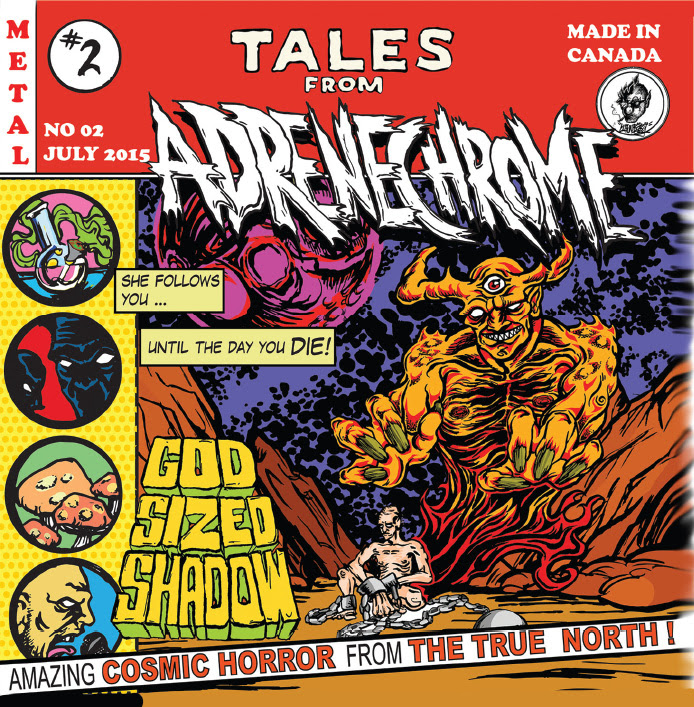 Something fast paced and sinister is about to escape Ontario and the great frozen north may not be prepared. Adrenechrome comes screaming back into the scene with their new album ‘Tales From Adrenechrome’. Picture World War Z like swarms, fueled by nitrous oxide and infecting all around it with groovy, fast paced rock and roll dripping with partially digested metal.

The album is much like the trip experienced in Fear And Loathing in Las Vegas, bubbling up through pin hole pupils, seemingly apt for a band who’s name directly references a drug made from the adrenaline glands of a living human by a group of Satanism freaks. Thrashy as fuck drums, haunting beyond reality vocals and groovy shredding guitars culminate in a spastic misadventure not for the faint of heart.