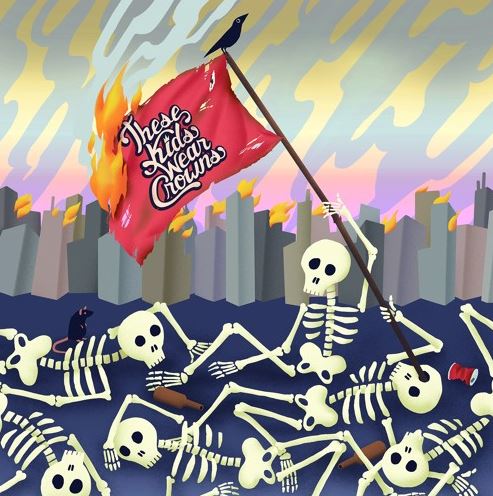 Six piece power pop band, These Kids Wear Crowns have returned after 4 long years with their sophomore release, “Still Having Fun” and by the sounds of it, they are doing just that. I was personally a huge fan of their first release, “Jumpstart” so I went into this with high expectations and they certainly met them!

“Still Having Fun” features ten tracks and was recorded and mixed by bass player, Alan Poettcker in his home studio. Each song has the ability to bring a grin to my face and make my feet tap around like crazy.

“The Best Is Yet to Come” was the first that really burrowed its way into my brain and had me singing this anthem –like song over and over. As the album played on, I noticed that many of the songs had the ability to do this. I quickly became addicted to “Take Off Into The Sun”, “Still Having Fun” and “Young Blood”.

Don’t hesitate at all to grab a copy of this album for yourself, you surely won’t regret it. They haven’t lost their ability to make me want to get up and move, and have only gotten better at it!