By Lindsay Newman on November 17, 2015@https://twitter.com/lindsaynewman_ 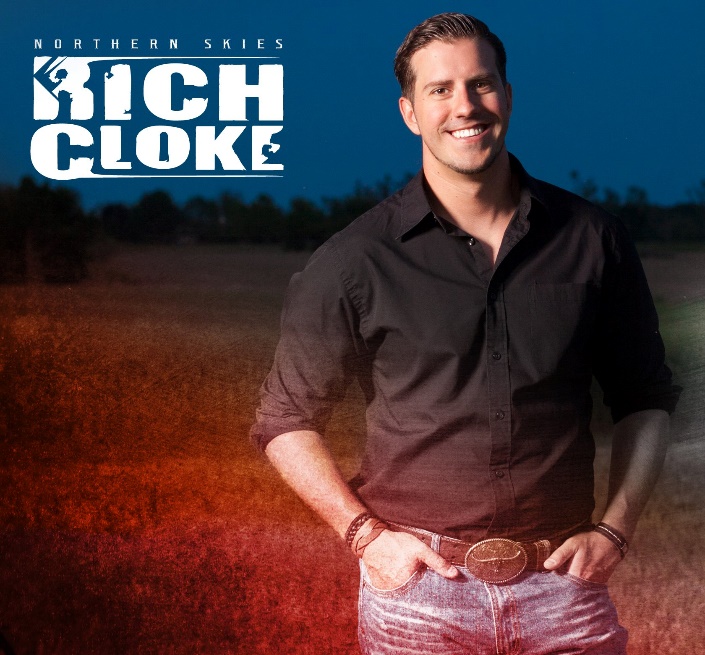 Rich Cloke is a country artist that is from Stoney Creek, ON but currently lives in Burlington, ON. His debut album “Northern Skies” was released back in 2014.  Cloke is currently working on some new music and is thinking about releasing a new single, so be on the lookout for some news on a new single.

Who are some of your influences for your music?

I find myself pulling from a variety of artists when it comes to performing and songwriting. Chris Young, Garth Brooks, Johnny Cash, Kenny Chesney, & Luke Bryan are a few that inspire me. In terms of songwriters, I’m a fan of Brett James, Shane McAnally, & Ashley Gorley.

What made you want to pursue a career in music?

It’s a combination of things…The first time I performed in front of an audience I was hooked but the constant need to express myself through songwriting and share my experiences is why I keep going.

What was the experience like working on new music in Nashville?

The opportunity to work in Nashville was an unbelievable learning experience. Nashville has so much talent you can’t help but feel inspired while you are there.  I’ve been fortunate enough to work alongside some the industry’s most talented writers and producers. They have helped shape me into a better artist, songwriter, and performer.  I feel grateful to have met such honest and talented people who believe in what I’m doing.

What was the experience like performing at the Sound of Music festival?

Performing at the Burlington Sound of Musical Festival was something I always dreamed of. It’s a local festival for me & I would always walk the fairground saying to myself “One day I’ll perform here”.  Last year I was lucky enough to get the opportunity. The staff and coordinators who make the festival possible do such a great job and work very hard to pull it off. It was definitely a milestone and it allowed me the opportunity to showcase in front of a crowd that was unfamiliar to my music.

How has the response been like since “Northern Skies” has been released?

The response to “Northern Skies” has been amazing. I didn’t expect such a positive reaction upon the release. Having the record out has allowed me to develop a loyal fan base, secure amazing gigs, gain radio exposure and put out 2 music videos (with a third in the works) I can’t thank my fans, family, and friends enough for helping me push the record.

What is it about country that you love?

I’ve always been drawn to country music because I love the way the music tells a story. I can relate to so many songs, which I always find inspiring. It always amazes me how engaged and interactive artists are in a live setting.

At Canadian Beats, we like to ask fun questions to help fans to get to know you better.

What is your favourite season and why?

Summer! I enjoy being outside and the warm weather allows for that. I love to barbeque and prefer to do it in shorts with a cold beer.

Where can you see yourself in 5 years?

Touring the USA & Canada Full-time. I should have 3 records out by that point and I’m hoping to make Nashville my home within that time as well.

What is your favourite thing about touring?

Performing for sure but I love getting the opportunity to meet so many new people. It’s always a pleasure to thank those in person who have been following me since the beginning and getting the chance to meet them on the road.

What are some things that fans can find on your tour rider?

We like to keep it relativity healthy for the most part so you’ll find plenty of fruits & veggies but there is always cold beer for post-show cocktails.

What are some pre show rituals that you have?

I typically like to exercise before a show. I’ll do a 5K run to loosen up. Recently though I’ve found myself playing Ping-Pong before shows.

My sincerest thanks to all of you for the continuous love and support you give me! I’m so grateful. It seems like all artists say this but I truly believe I have the best fans in the world.