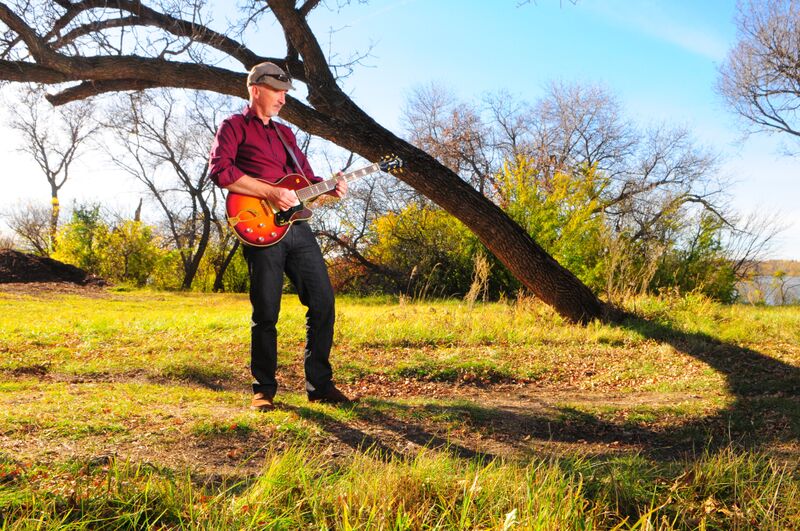 Glenn Sutter, a Saskatchewan folk-rocker is gearing up to release his third album entitled Let The Dog Run. Glenn’s music is “based on personal insights and experiences and uses nature as a guided imagery to explore broad ideas.” To say Glenn is a refreshing and sophisticated addition to the Canadian music scene is an understatement. We got the chance to catch up with Glenn to talk music and inspiration.

What made you decide to pursue music?

My parents got all of their kids into music at an early age and I always enjoyed playing, so I’ve never really thought about it as a pursuit.  It feels like part of my DNA, always there under the surface, waiting patiently and sometimes like a nagging itch, for some attention and nourishment.  Songwriting is different though.  That seems more like a pursuit since I’ve only been into it since I hit middle age. I’d written tunes way back in high school, but as my 40s rolled by I realized that if I was ever going to express myself as a songwriter, I’d better get on with it!

You have a PhD in biology and a long-term career as a curator of Human Ecology. How do you find the time for music?

I’ve become pretty good at fitting it into the cracks, thanks to a very understanding family, especially my wife. I try to devote at least 20 min to music-related things most evenings, and I often think about songs as I ride my bike to work (even in the winter!) or go for walks at lunch.  The trick, I’ve found, is to take advantage of moments and opportunities as they come along.  Like many songwriters, this means I often wind up with a desk and guitar case littered with bits of lyrics! With my latest album, I also found that it helps to have a strong team in place to look after communications, publicity, and other aspects of the music business that can soak up a lot of time.

How does your career affect your music style?

I hadn’t given this much thought, but I think there’s a direct connection.  My work as a human ecologist is aimed at “big” issues, from climate change and species at risk, to concerns about water quality and food security.  These are sobering things to think about, but there’s an intensity about them since they’re so pervasive, complex, and real.  So, while I would never dis Paul, it’s not surprising that I tend to favour Beethoven over Mozart, the blues over pop, and Lennon over McCartney:  I also like a fair bit of intensity in my music.

Tell us about your writing process.

Capturing lyrical ideas is an important part of it, and this has to happen just after they occur.  Otherwise, even when I’m sure I’m going to remember, they can quickly fade away and are usually gone for good.  Hence the scraps of paper mentioned above.  Sometimes lyrical ideas also come with a melody, but the musical side typically starts with a rhythmic or melodic hook, usually on the guitar.  That’s how most of my songs start, in fact — lonely little guitar hooks that get played over and over until some new words show up or I find some in my stack of partial lyrics.  Not very elegant, I know, but it seems to work!

If you could pin it down to one artist, who inspired you to get into music?

This is such a hard question, but I’m going to go with Steve Earle.  The pictures he paints with his lyrics, the raw and powerful truths behind his words, his sense of melody and amazing licks – I often say that if I could ever write a song like Steve, I’d be on a good path.

What can we expect next?  Do you plan on touring with the release of this album?

Yes, I will be touring to promote the album early next year, at least across the prairies and hopefully as far east as southern Ontario. I’m also aiming to play more local shows with my band and make videos for Tiny Devils and other selected tracks.

Here at Canadian Beats we like to add a just for fun portion to help your fans get to know you better….ready?

That’s easy:  Trooper as a 16-year-old, at the Keystone Centre in Brandon, MB – a big step away from the operas and symphony shows I’d been going to with my parents!

What can we find on your personal playlist?

What can we find you doing on your days off?

Riding my bike, puttering around the house, hitting the ski trails, and working in my yard would all be good bets, depending on the season.  But most likely I’d be sitting in a sunny spot, strumming my guitar, or plunking away on the piano.  No kidding!  I always gravitate to something musical, given the chance.

What is one thing that we would be surprised to learn about you?

I have a lot of classical training on the piano, but I’m completely self-taught on the guitar.  At least I hope that’s surprising!  I started to teach myself when I was part of a cover band in high school.  I had a lot more musical training than the other guys in the band, so I had to learn some guitar as we worked out the different parts of our songs, and that’s what I’ve been doing ever since.

I’d just like to pass along my biggest heart-felt thanks, both for loving music and for letting some of mine into your world.