Fans of the Ramones and Joan Jett were treated to a night of some sweet acoustic covers of their songs mixed with a healthy dose of original music at an intimate gathering of local indie talent at the warm and inviting Unity Market, as was the theme for another instalment of NYC Sessions.  First and foremost, I will be looking for opportunities to come back and visit this venue again, as it greatly impressed me.  The eclectic feel of the venue paired perfectly with the offerings of different music styles that night.  This was enhanced by the local art that is proudly displayed on every available inch of real estate within the venue.  Sitting in this venue I became aware of the lengths some locations go to support and connect with local artists.  Unity Market is tucked away on a side street, off the beaten path of the downtown club scene but it still manages to gather a decent sized crowd.

BexSoulier, a local ragtime piano artist opened up the night with all original music.  Her style was very much an enigma, as she sang softly and sweetly but the meaning of her songs dug much deeper as they portrayed messages of angst and betrayal.  She describe for the audience that all of her music was created on acoustic guitar but was later transposed for the keyboard.  Her fresh and unique approach to music was well received as was evident by the many toes that were tapping and heads that were swaying, as her melodic voice draped the room, enveloping it with a rich and soulful sound that was pleasing to the ears. 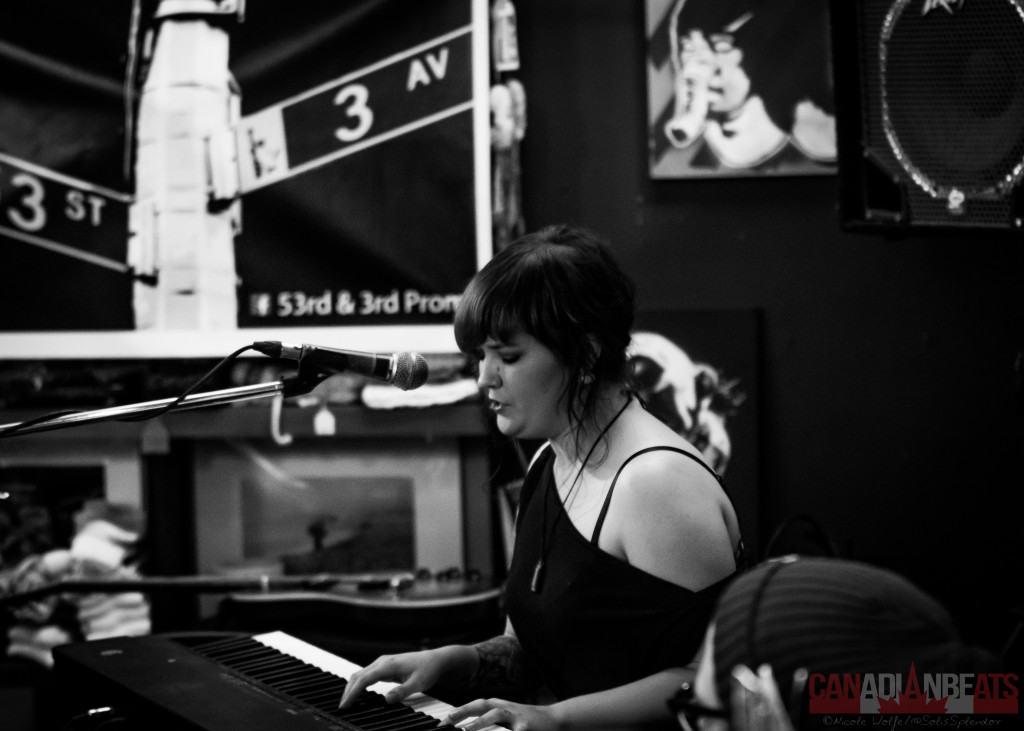 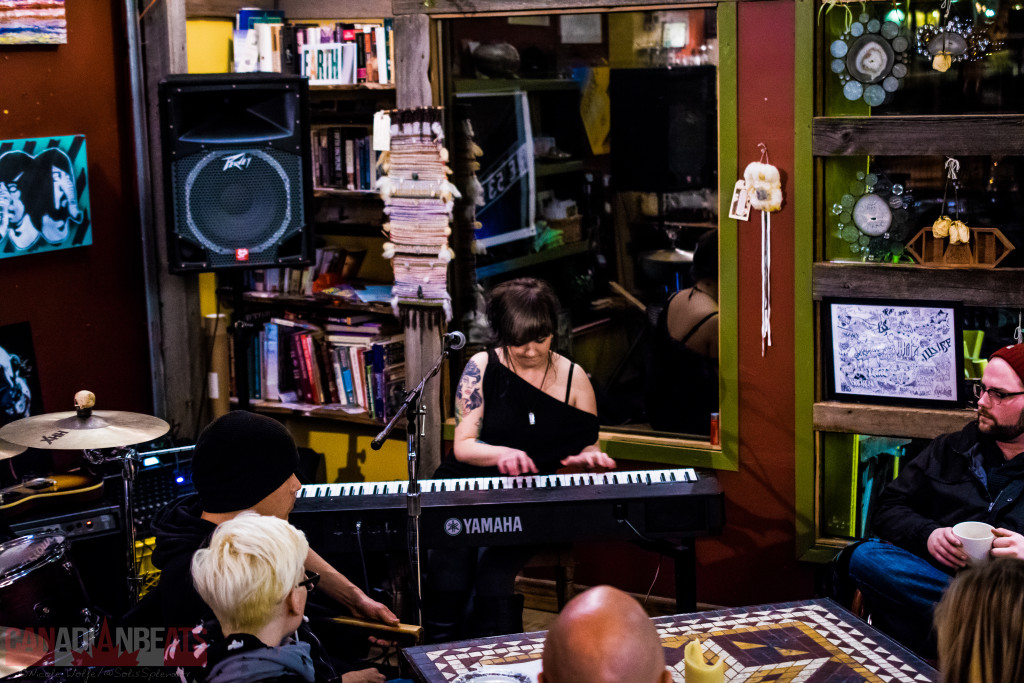 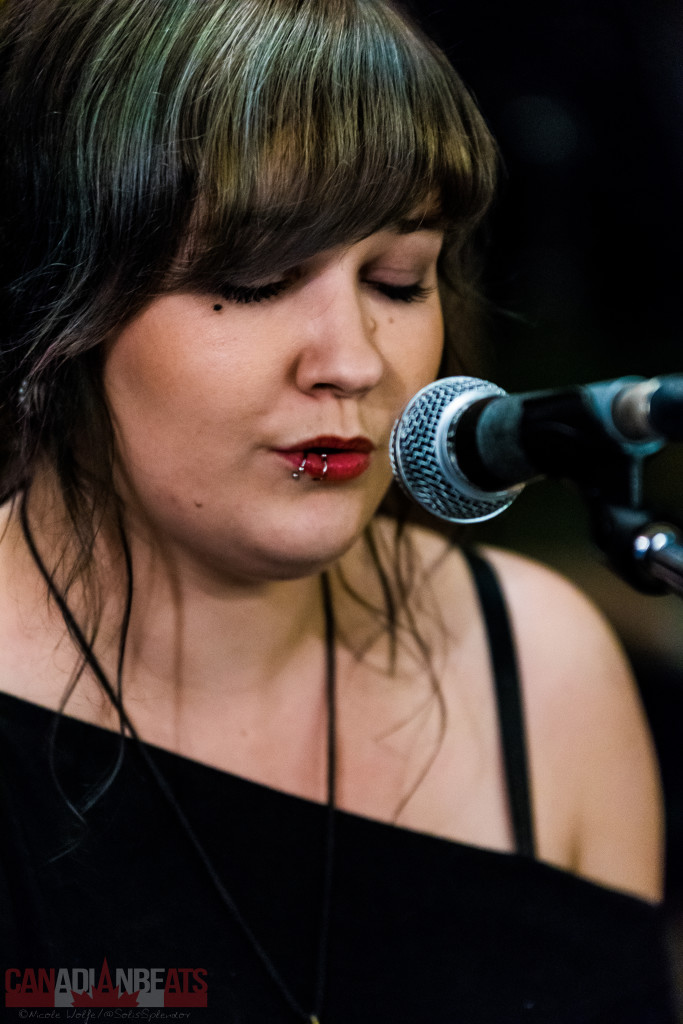 Local punk music royalty was present as Mikey Hawdon (who fronts several different bands including The Fairmounts and The Dookies, a Green Day Tribute Band), performed with friend Amy Zuchetto, a set of acoustic covers, primarily focussing on the Ramones and Joan Jett.  The pair played up the qualities of the Ramones that they were so famous for, starting every song with a cheeky 1-2-3-4 and even asking the audience how many Ramones it takes to change a light bulb, which had an obvious answer to a room full of Ramones fans.  Hawdon is a veteran to the punk music scene and he brought with him some serious swagger for their set.  His acoustic guitar accompaniment and backing vocals provided the necessary backdrop to the stunning vocals of Zuchetto.  There is nothing more eclectic than hearing the acoustic version of the power chords of punk music, and Hawdon and pulled it off effortlessly.  Zuchetto best displayed her feisty vox with the performance of the Runaways’ Cherry Bomb, to which she exclaimed, that song has likely never been performed like that before, in a laid back acoustic set.  Stay tuned, as Canadian Beats will be sitting down to chat with Hawdon in the near future to discuss his many projects. 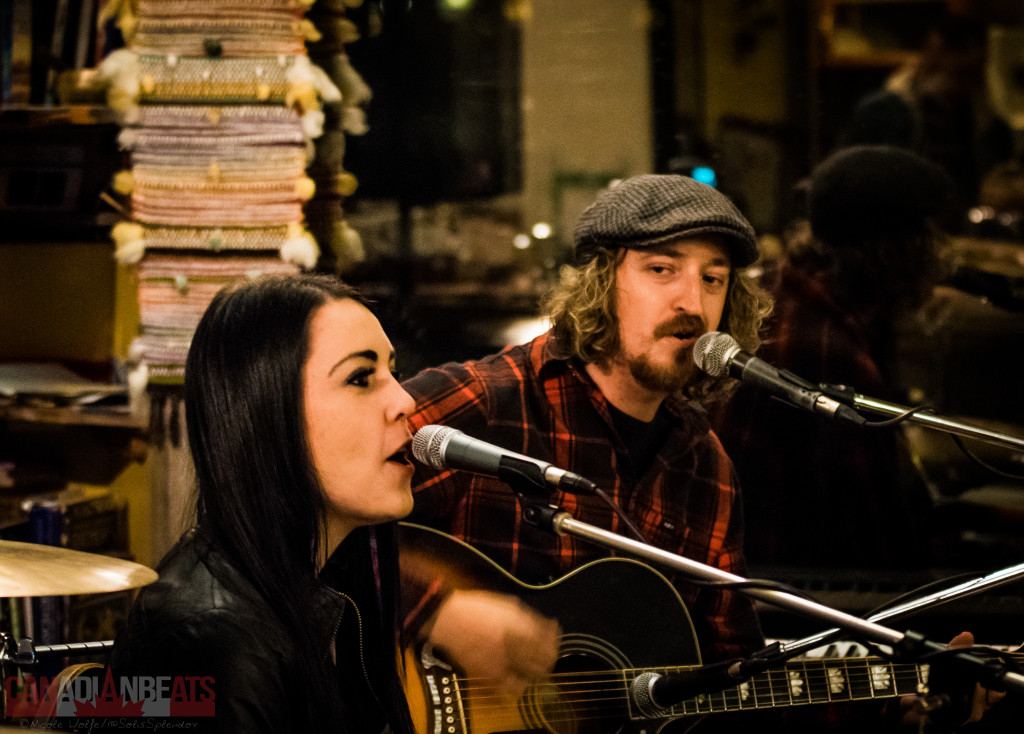 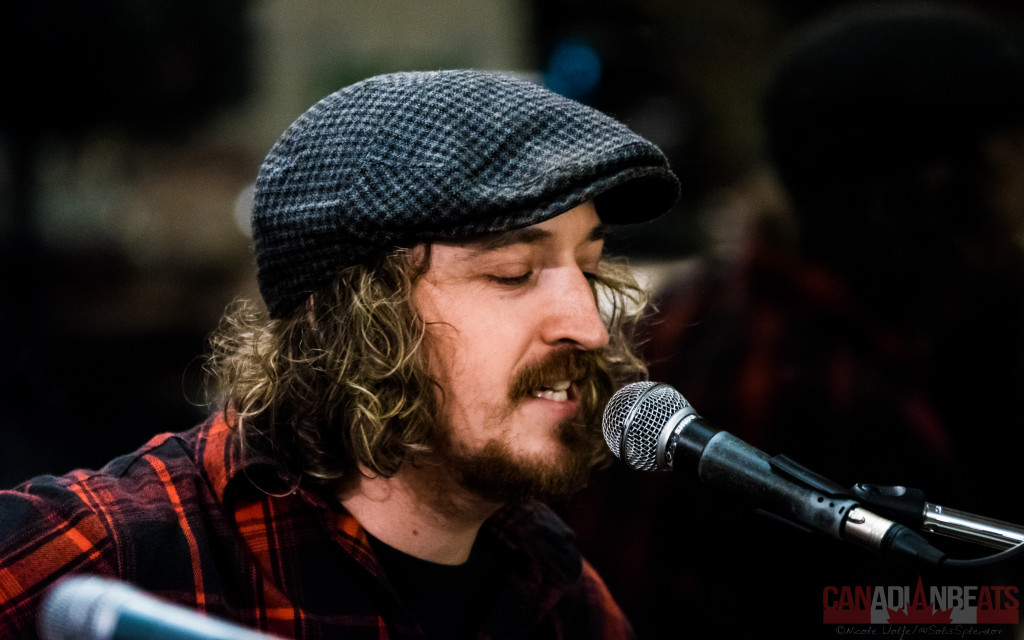 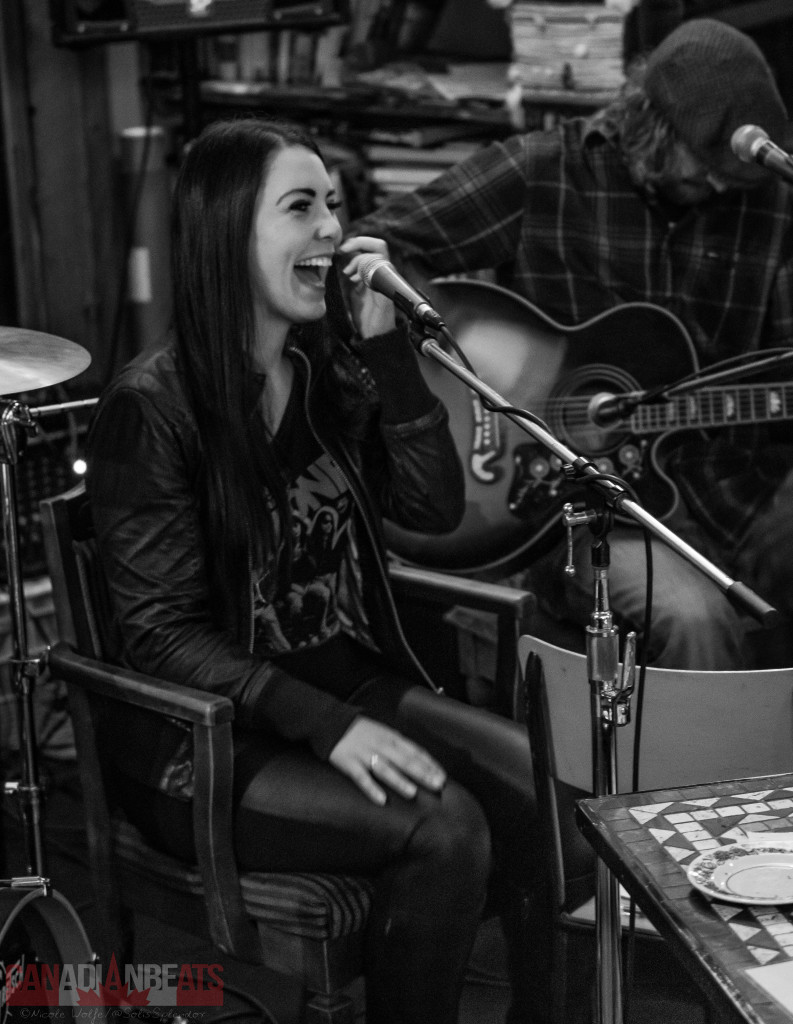 Local rockers, Mad City, closed out the set in convincing fashion.  I was impressed with the full sound displayed despite this band only having two members – Adam Vetter on the drums and lead vocalist Dave McNee on electric guitar.  They played a high intensity set of original songs.  The band is currently gaining lots of exposure by performing many shows at venues around the region, while working on recording their debut album, due out in 2016.  Their intense music features powerful lyrics with strong melodies, ample guitar shredding peppered with flashy guitar solos, and heavy rocking drum beats.  Local fans can catch Mad City performing at Cherry Cola’s Rock ‘n’ Rolla Cabaret & Lounge on November 25 in Toronto. 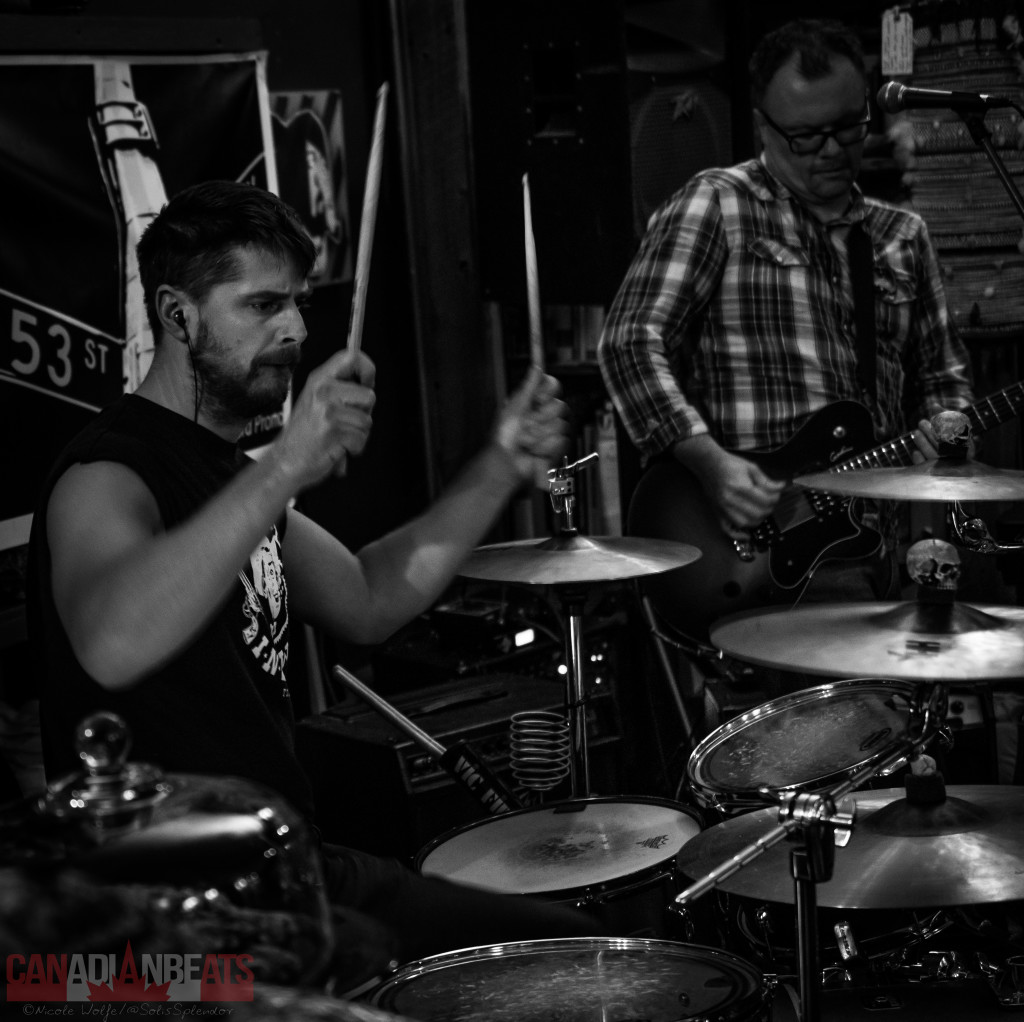 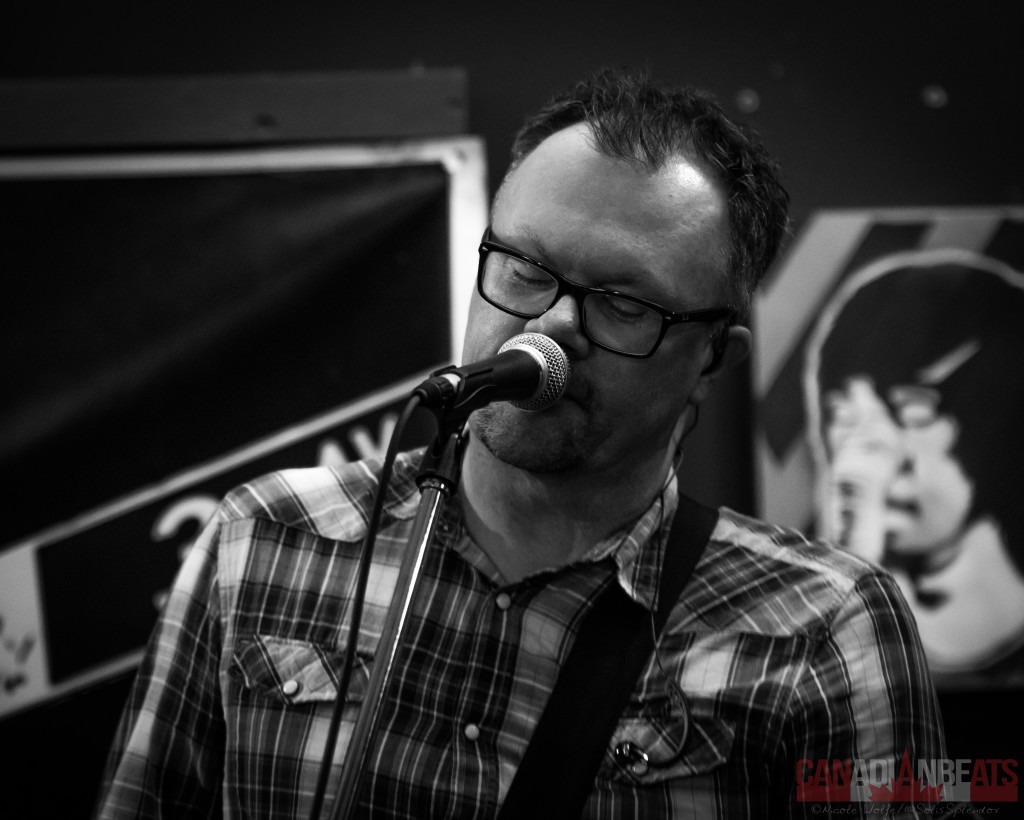 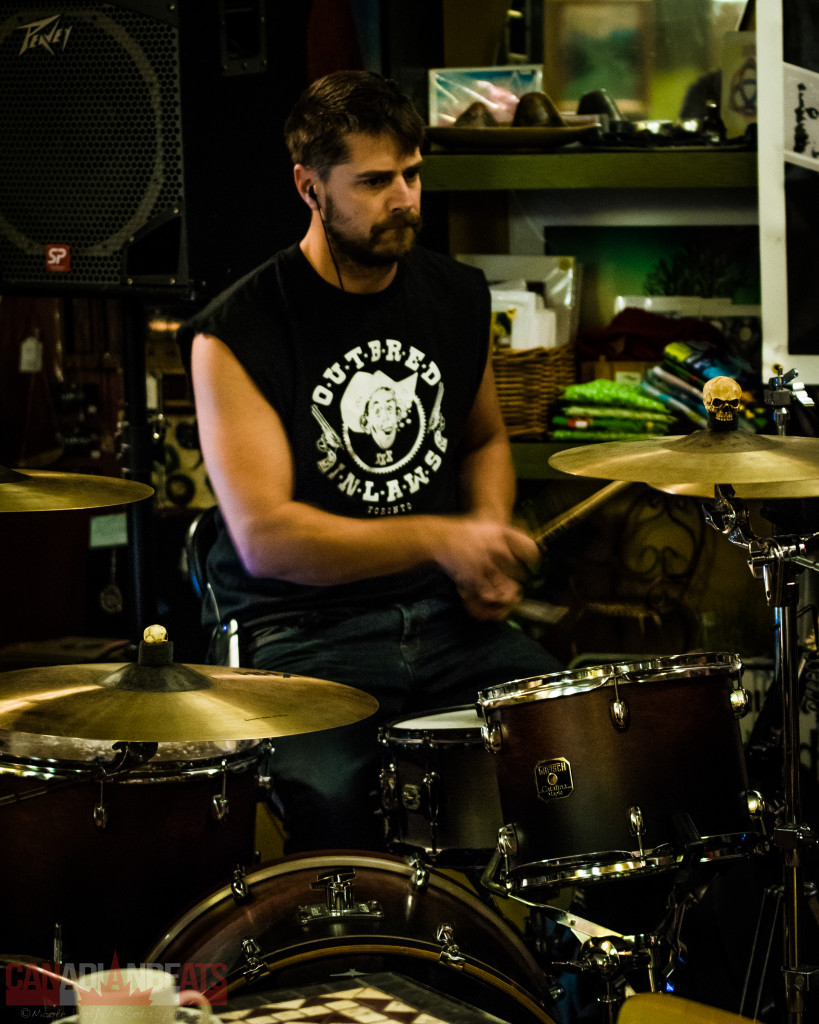 Click HERE to see a full photo album from this show!