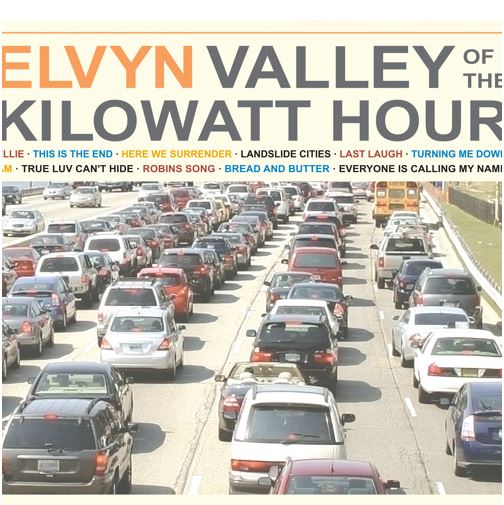 Toronto, ON 5-piece band, Elvyn is made up of Ryan Beerman, Joel Beerman, Jason O’Reilly, Dean O’Reilly and Jeremy Knibbs.  The band has just released their brand new album, “Valley Of The Kilowatt Hour” through Little Wagon Records on November 13, 2015.

The album features eleven tracks that will appeal to pop and roots fans alike. The opening track, “Ellie” is the type of song that could appeal to fans of all genres because it combines elements of pop, rock, country and folk flawlessly. It has a classic sound that will draw in the listener right away.

The seventh track, “AM” was released as the first single from the album, and has more of a classic rock vibe to it, which I quite enjoyed. I can see why the band would choose with as the single, because it could pull in many listeners easily.

All in all, the songs on the album are all different from each other, as the band clearly excels at combining genres to make the unique sound that they have taken on as their own. If you like what you hear and you want to see them live, you’re in luck if you’re in the Toronto area on December 11, head to the Horseshoe Tavern and check them out!