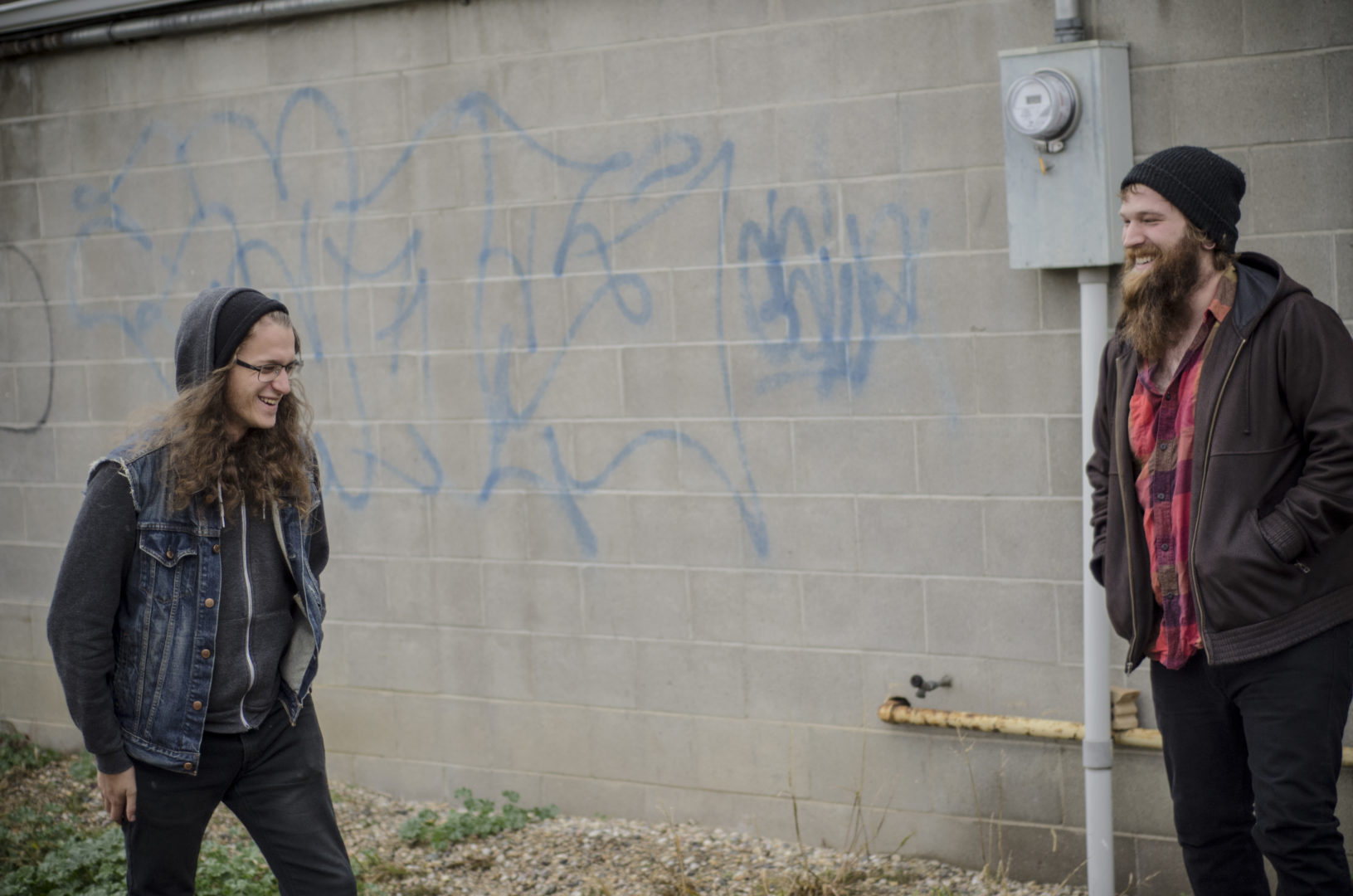 Perverts are a two-piece noise/hardcore band from Moose Jaw, Saskatchewan. Formed in 2014, Perverts is composed of Dylan Nash on bass guitar and vocals, and Jason Hamill on drums. Their latest album “Meth” was released on Oct. 27, 2015. The seven-track album seems to encompass a DIY ethic, in that the Perverts don’t really care what people think about their music. They exist solely for the love of performing their music live. We caught up with the Pervs to discuss their latest album and learn more about why they are “quite possibly the worst band of all time”.

How did you come to name your band Perverts?

There’s no real story to the name, a few years ago Dylan and myself use to play in another band together and we were discussing a possible name change for our current band and that was right on the time when one word plural band names seemed to be on the rise (Structures, Volumes, Intervals ect.) We thought it might be funny to poke fun at it with a name like Perverts.

Going off that, can you explain the meaning behind the album’s name “Meth”?

I was wearing a Metz shirt one day and someone thought it said Meth.

I (Jason) was currently living in Vancouver at the time, and I had got back some recordings from the year before from our previous band. At the time our guitar player no showed for the sessions and we only ended up with bass and drums tracked. and we were like “hey this is cool” and with me not playing in any bands at the time, I decided to move back to the prairies.

Do you have any plans for touring coming up?

A few dates here and there in the new year. It’s something we need to probably think about more.

What is your favourite part of performing live?

Convincing (mostly drunk) people who haven’t listened to our band to get on stage and be our vocalist for evening.

Which artists would you say have the biggest influence on your sound?

DFA 1979 amognst other bands like Daughters, Botch and The Blood Brothers

What is your favourite song off the new album?

Russian Circles. I don’t think either of us can make it through the whole thing without bursting into laughter.

Where do you draw inspiration for songwriting?

From a box of wine.

How would you describe your music in five words?

Your Bandcamp bio states you make music for people with low expectations. Does this mentality affect the way you/your fans see the band?

No, I don’t think so personally. There is a sense of humor we try to encompass and I think anyone that has read the lyrics or interacts with the band kind of gets it.

The album artwork for “Meth” seems to contradict the sound and general persona of the band with its soft pink colour and pretty scenery in the background. Were the two of you involved in its design? How come you went with this artwork?

I really like the album art for Sun Bather, It’s simplistic and really misleading I found. so I thought to myself. “how can I rip this off and be discreet about it?” The scenery was a painting I had bought from a thrift store earlier in the year.

If you could open for any band, who would it be?

Aubergene Simons, it’s high energy and gets a crowd going. So we tend to open with it and then its all down hill after that.