Now they say “Three’s a crowd,” but when the three in question happen to be Jason Blaine, Tebey, and James Otto then “Three’s A Party.” From Halifax, NS to Vancouver, BC these three have been taking their party from city to city giving country fans one heck of a show. With dates scattered from coast to coast, I was able to catch the party during their stop on Ottawa, Ontario. The Algonquin Commons Theatre is a decent venue; clean, roomy, and modern.

The show started off with great high energy. Blaine, Tebey, and Otto hit the stage performing the beloved Tom Cochrane classic, “Life is a Highway.” Straight from the first song, the show seamlessly transformed into Otto’s set. Otto did a terrific job warming up the audience and getting them on their feet. Though not Canadian, Otto went out of his way to express his ties, and love for Canada.

Tebey was next up; energetic, vocally on point, and interacted perfectly with the audience. From the full throttle of “Wake Me Up” to “Somewhere in the Country” Tebey belted out a great set. When your set list is limited in time, you pack what you can and run with it. Constantly running about stage and high fiving fans, Tebey was definitely a crowd pleaser. Tebey told the audience how much fun he was having on the tour. As a songwriter, Tebey looked right at home as a performer. From One Direction to Shawn Desman, Tebey managed to keep it all country. 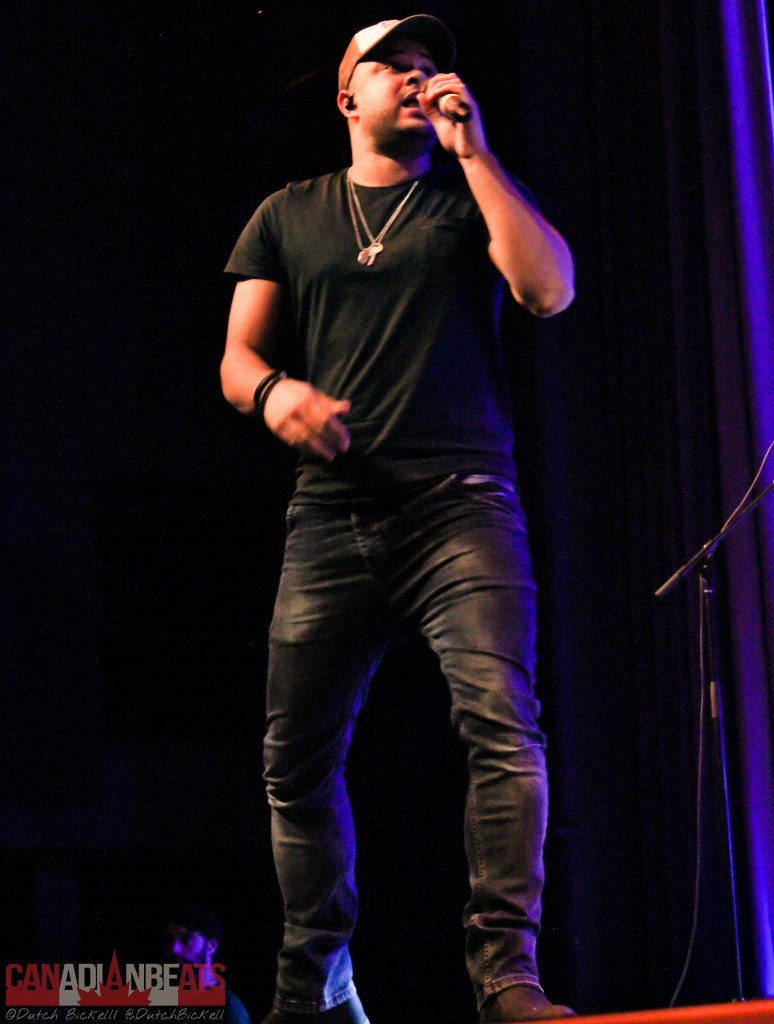 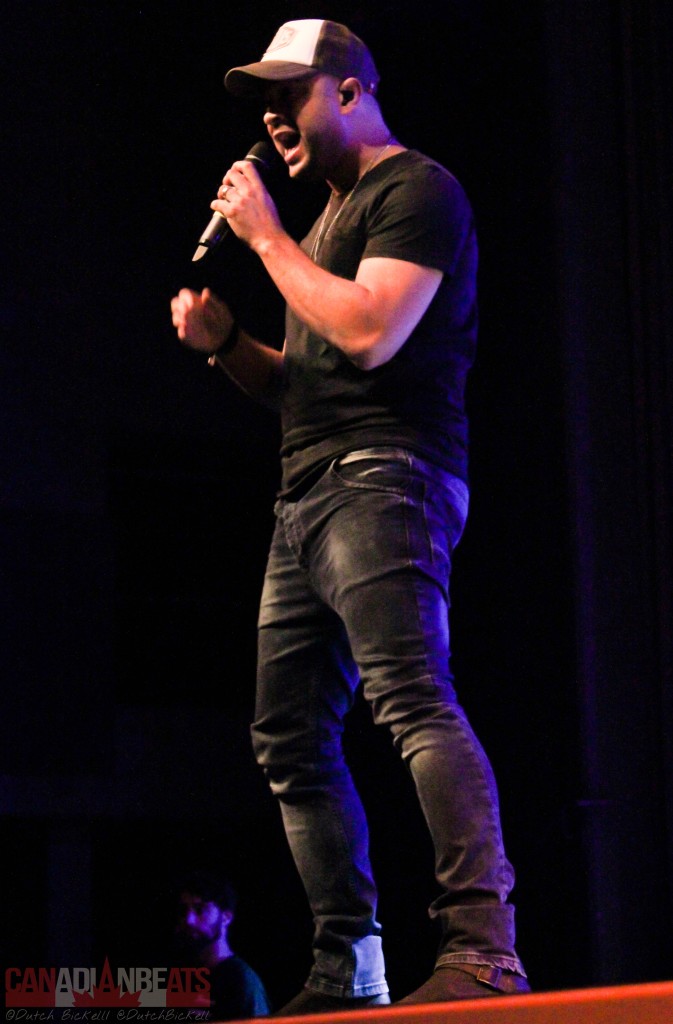 Blaine took the stage to entertain the rowdy Ottawa crowd. On the heels of the release of his latest album, Country Side Blaine packed in as many new songs as he could. “Country Side,” “Spotlight,” and “We Were That Song” gave the crowd the country tunes they wanted and a great preview for those who haven’t already grabbed a copy of Country Side. With six studio albums, and more than a handful of headlining/co-headlining/opening tours Blaine is no stranger when it comes to performing on stage. Taking some time to tell the crowd about his affiliation with Algonquin College when he was a student back in the day. 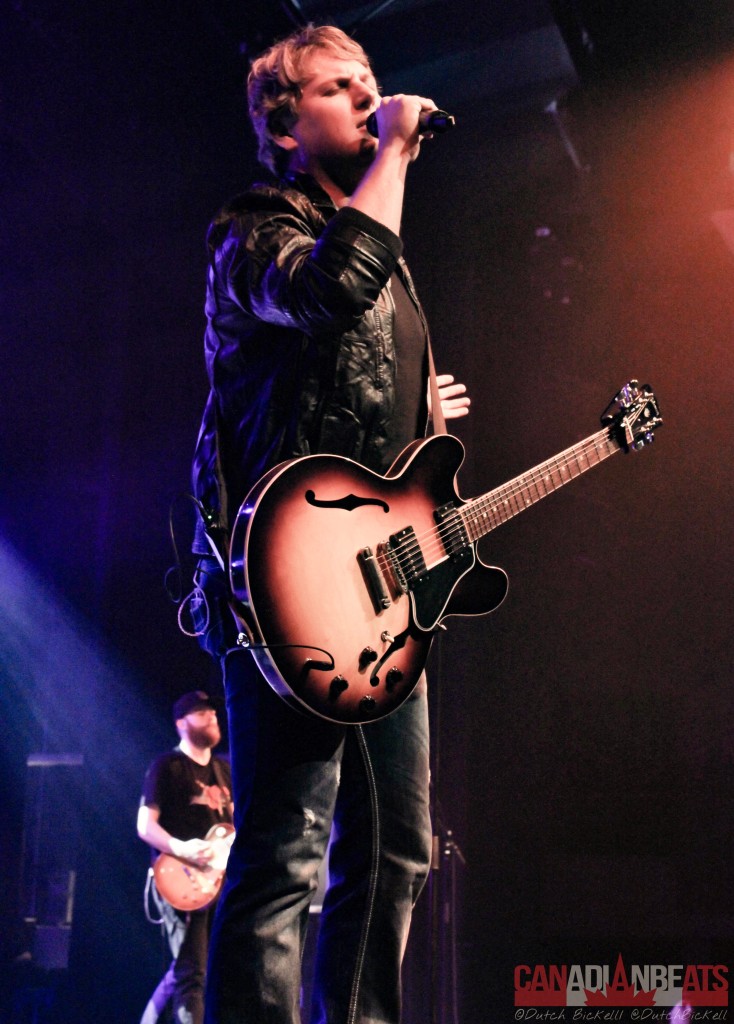 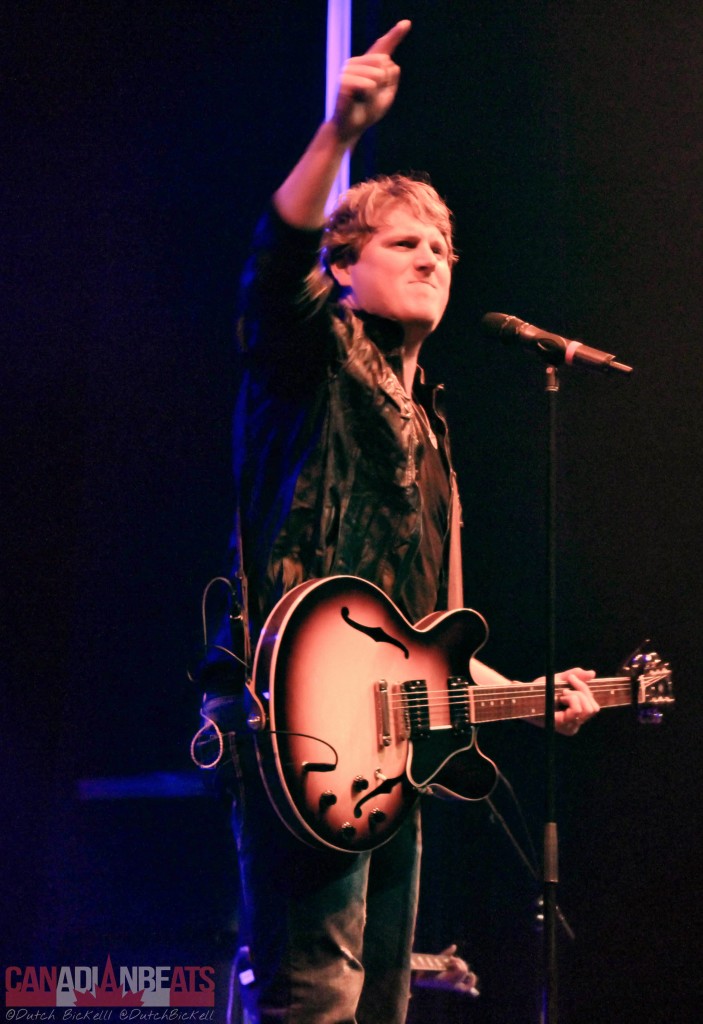 The show came to a close at the end of Blaine’s set. The three joined back together for their cover of “Honey, I’m Good.” With the tour moving along through Canada, and tickets selling fast, you might want to join this “party” on the road. “Three’s A Party” is making its way west, all the way to Vancouver. It’s definitely worth the price of a ticket to catch these guys in action. I love co-headlining tours. It is something that you know you will only get the chance to see once or twice. When you put three talented artists on the same tour, you’re bound to be in for a great show.

To see a few more photos, check out our Facebook page!