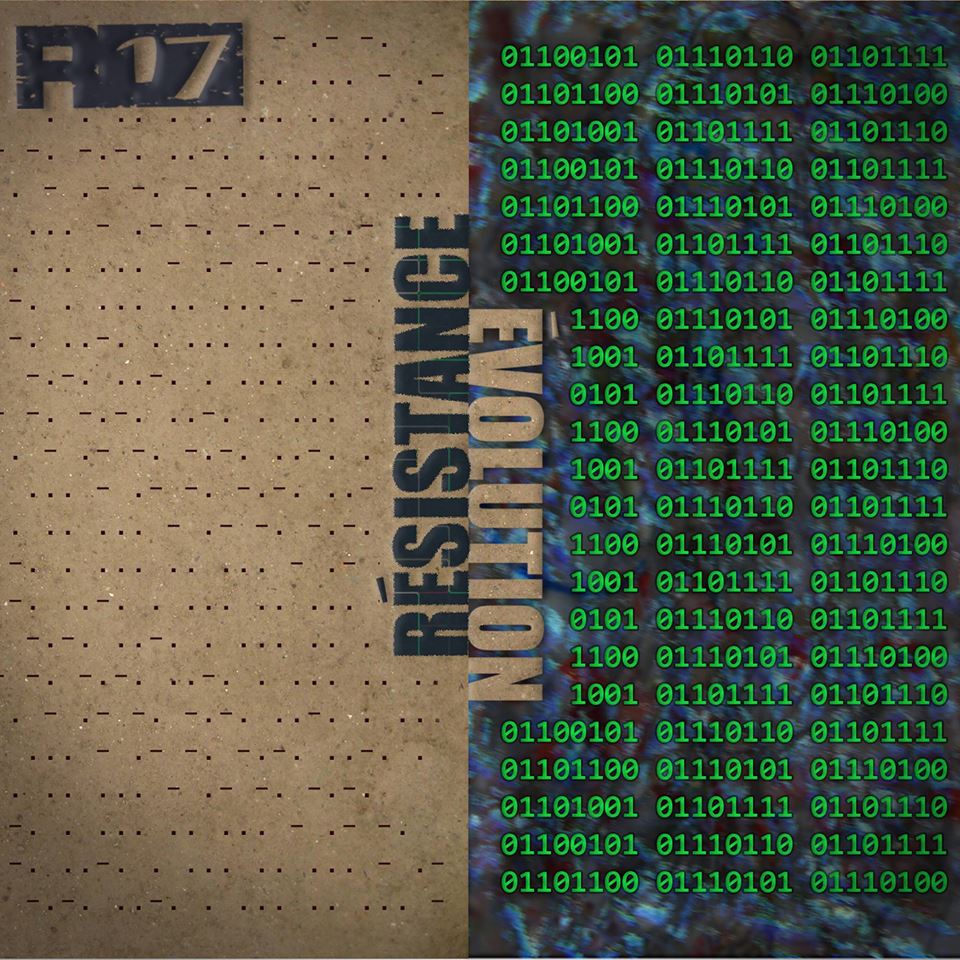 Résistance Évolution marks the sophomore offering of Ottawa’s Règlement 17, coming nearly three years after their self-titled debut album. Though it is far less experimental than their first album this has nothing to do with lack of creativity or originality and everything to do with the group coming closer to finding their sound. Gone are the more pop-y, and dare I say gimmic-y, elements of the first release and in their place is a move towards a more solid and heavier soundscape reminiscent of the darkwave and industrial scenes of the early 00’s without leaving itself to feel dated. This is in no way to say their debut was a bad album, but rather there is a real maturation evident in the newer work that is both striking and compelling.

The first single from the album, Semence de Panique, kicks things off with hard hitting guitar riffs and a glimpse at the incredible range of style vocalist Cathy Vallières displays throughout the recording. From tender ballads like Trou Noir and Délivrance to metal growls on the likes of Maux Cachés, unquestionably my favourite track on the album, the vocal capabilities of this songstress are strong enough to win over anyone, including myself who is notorious for not being a fan of fem vox. Another winner for me is Patrick Pharand’s violin, I’ve long been a lover of strings in rock music and Pharand’s playing weaves a haunting thread from start to finish that will pull you in and keep you there.

Musically the album has a polish and balance to it over the past offering, with a toning down of the synth and an apparent shift in focus to stronger songwriting and arrangements, however it is also much stronger from a production stand point as well with much of the tinny quality and hollow sound I found distracting on the debut album no longer present on this offering. The final product, whether a product of a lineup change or just a band growing as artists, is a much tighter sound which; though a progression from a fairly solid debut album; is by no means a complete departure from it.

Règlement 17 will be celebrating the release of Résistance Évolution with an all ages show at Ottawa’s Ritual Nightclub on Tuesday, November 10 at 5pm, if you’re in the area I highly recommend stopping by to catch this talented act and pick up a copy.