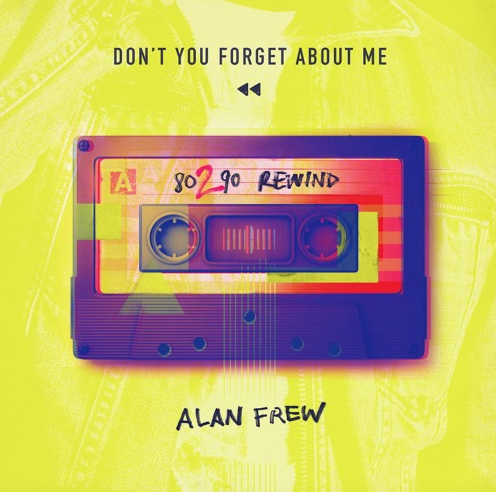 Alan Frew, which you may know from multi-platinum band Glass Tiger with the hit “Don’t Forget Me (When I’m Gone)”, has released his tribute to the music of the 80’s. With some of the most popular songs from the decade from the biggest acts, Frew adds his own twist to the songs and makes them his own. This album is a great throwback for any fan of the era and the music.

With songs such as “Don’t You (Forget About Me)”, “Time After Time” and “Owner of a Lonely Heart”, the album will surely be stuck in your head
long after you stop listening to it. Alan does a great job capturing the feeling of the songs and more than does justice to the originals. “Someday” and “In Your Eyes” are the best off of the album in my opinion and show off a slower, softer side to his voice. The day after he finished recording this album, he unfortunately suffered from a stroke, and has said that this album is his reminder of what kind of singer he used to be and is working toward becoming again.

Overall this album puts some of the best songs from the 80’s together with Frew’s talented vocals. He gave the album his all and it shows with the end result. Personally, I would have maybe left off some of the songs that were included and had other songs instead, but I’m sure that his fans and fans of the original recordings will find great pleasure in this album.