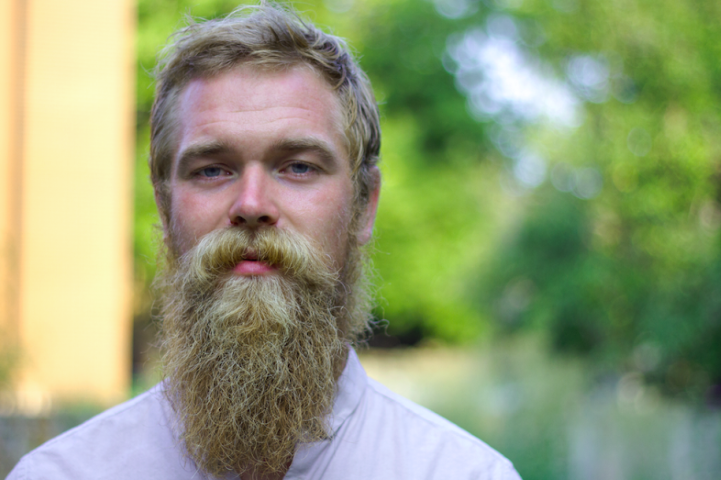 Toronto based folk artist Benjamin Hermann is set to release his debut full length record Windows Wide Open on October 30th. We caught up with Ben to talk about his inspiration for the album, the release party, and more.

Can you tell us a bit about your music for those who aren’t familiar with it?

Finger style guitar, subtle and tasteful arrangements that hopefully take things beyond the guitar based ideas. Music that is based on words first, harmony second, both holding equal importance towards completion.

What was the writing and recording process like for Windows Wide Open?

It was patient. At times it was many elements coming together all of a sudden at the right time. The ‘live of the floor’ parts of the record were full of energy and love :). The writing took place over the last three years, bits of a song coming together over the course of months, or in
minutes in the early morning kitchen. Windows Wide Open was written and recorded in a variety of places including Toronto,
Mexico, and BC.

Did you find your surrounding had a big impact on the songs you produced there?

The surroundings were the biggest factor for most of the tunes – whether it be the actual physical surroundings and it’s behavior, or things that people were doing and saying around me in those places right at that time.

You say that Northern Ontario is your home and source for artistic inspiration. How do you find the atmosphere there differs from that of Toronto, where you’re currently based out of?

It’s much quieter, or at least has the ability to be quite, or for quite to be found with little effort – Also the temperature, the seasons show themselves so differently. Life is slower. I find these things to create such a different feeling, a feeling I try to manifest here in Toronto as well – the inspection of the smaller slower things around me.

Do you have a favourite track from the album?

I’m split between Snapdragon and Running For A Living

The official album release party is October 29th at The Burdock in Toronto, what are you most excited for at the show?

I was most excited to play with some of the kindest, most beautiful musicians I know. To make music with them, to perform for the first time arrangements which up to that point had only been recordings, never live pieces. It was exciting!

There are a few things in the works, but nothing announcement worth yet 🙂 I am heading out to play at the CFMA’s with Dana Sipos, then doing a stint at the Banff Centre For The Arts…. ok there are tentative plans for the Western US is February, and a couple festivals in Europe in June.

I’d love to play Arts Wells, or at the Burdock again hahah.

Since we’re all about Canadian music, who are some of your favorite Canadian bands/artists?