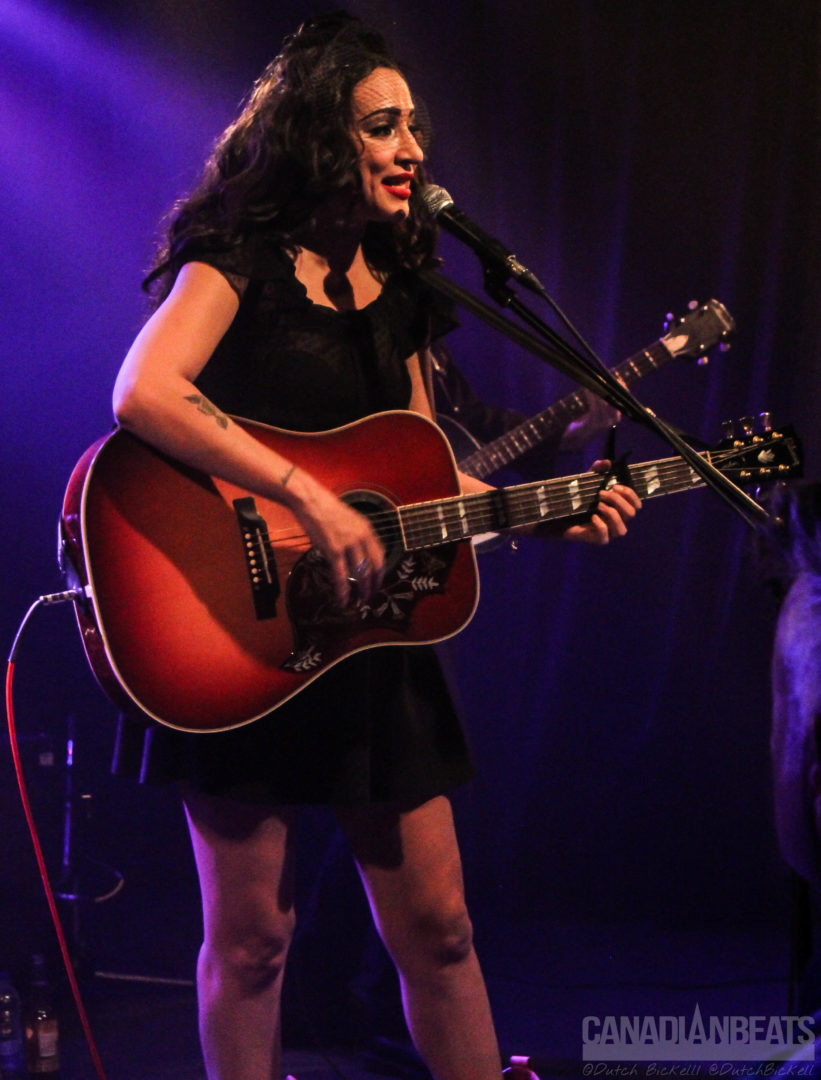 Lindi Ortega’s sound is the prefect blend of hard hitting lyrics, retro musical styling’s, and unique and powerful vocals. Winning the Canadian County Music Association Award’s “Roots Artist of the Year” for the past two years in a row, and having recorded a handful of albums and EP’s, Ortega knows exactly what she is doing. For over 15 years Ortega has been writing, recording, and performing. Last night in support of her latest album, Faded Gloryville I was able to catch the Toronto-born, Nashville-relocated Canadian beauty show a Montreal audience exactly what she is made of. 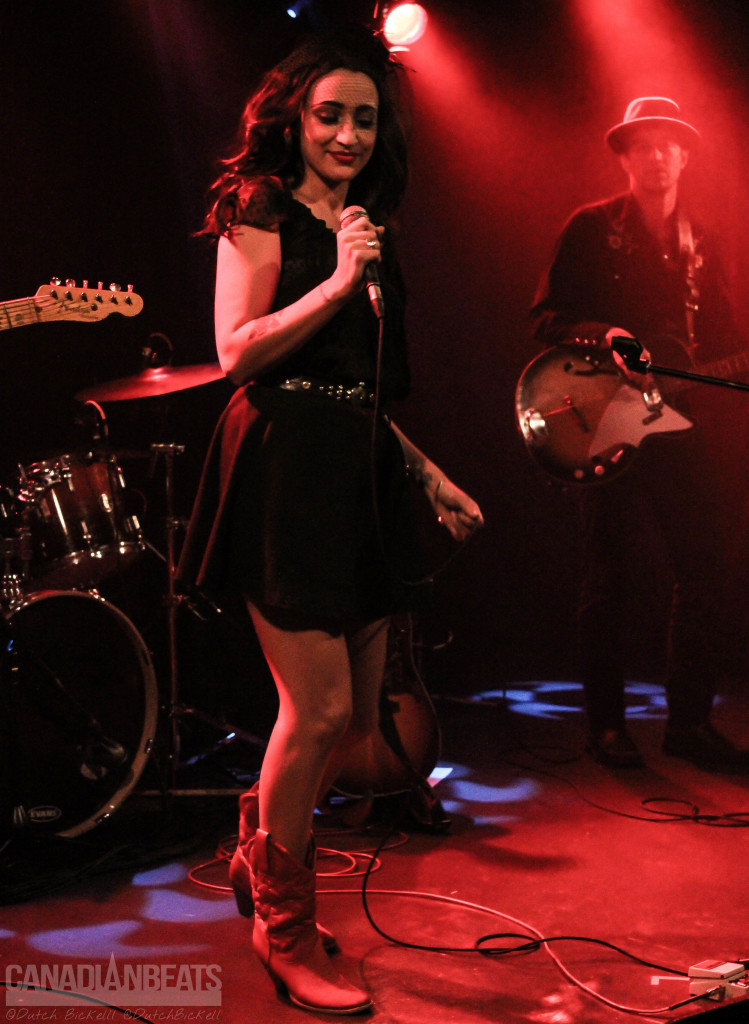 The mood was set when opening act and fellow Canadian, Sam Cash took the stage first at Montreal’s Petit Campus. Flying solo, Cash performed his set without his band The Romantic Dog’s. Don’t let a mellow acoustic set fool you. Cash was all heart and soul, performing everything from “Marquee Lights” to a funky acoustic version of Paul Simon’s “Graceland.” Cash carries his deep lyrics with his equally deep, cool, and rich vocals.

Following Cash, Ortega hit the stage decked out in red cowboy boots, black mini skirt and top, and her entire ensemble was topped off with her “trademark” black birdcage veil. Ortega and her three-piece band started their set off in mid-tempo with “Run-Down Neighbourhood.” Full of energy, Ortega was polished and poised. Each note emulated with ease as they tore through song after song. Ortega’s set included; “Dying of Another Broken Heart,” “Someday Soon,” “Heaven Has No Vacancy”, “When All The Stars Align,” “I Ain’t The Girl,” “Ashes,” “Faded Gloryville,” “Hard as This,” “Run Amuck,” “Tell It Like It Is,” “Cigarettes and Truckstops,” “The Day You Die,” “To Love Somebody,” “All These Cats,” and “Demons Don’t Get Me Down.” Ortega was interactive, humorous, and down to earth. Fans loved every move she made. 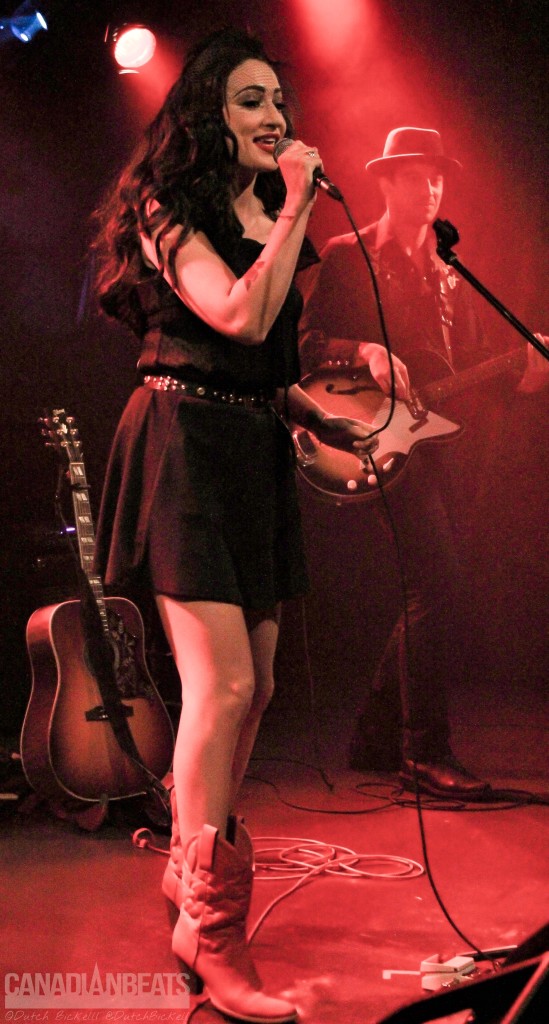 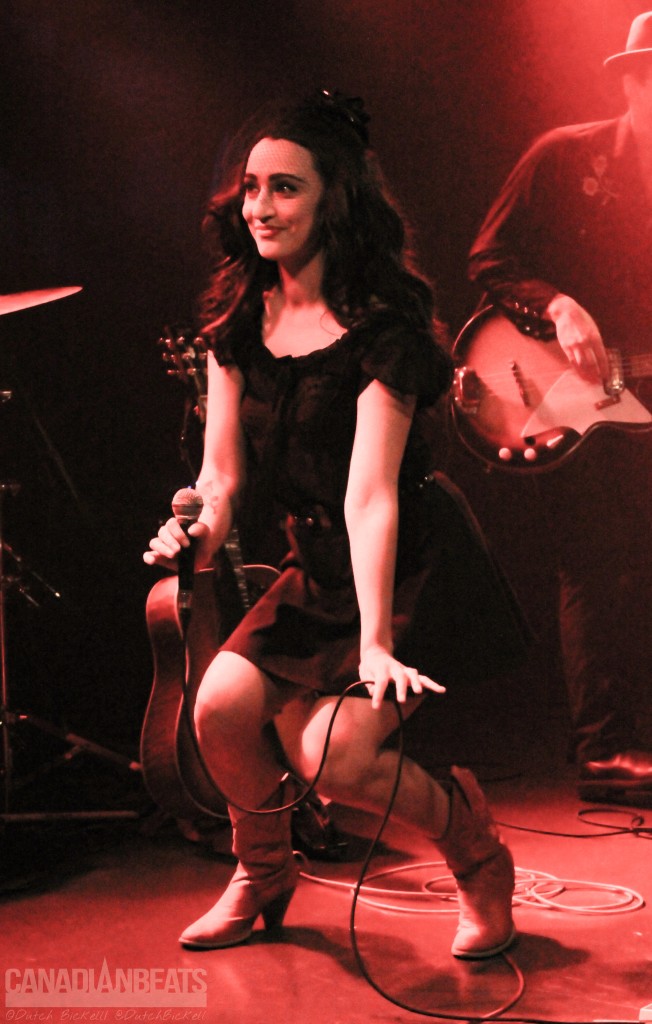 The crowd wanted more. Ortega returned to the stage for a four song encore. The encore included a cover of Janis Joplin’s “Mercedes Benz,” “Tin Star,” “Little Lie,” and a very impressive version of Johnny Cash’s “Ring of Fire.” Ortega could have kept on performing all night, and no one would moved an inch. 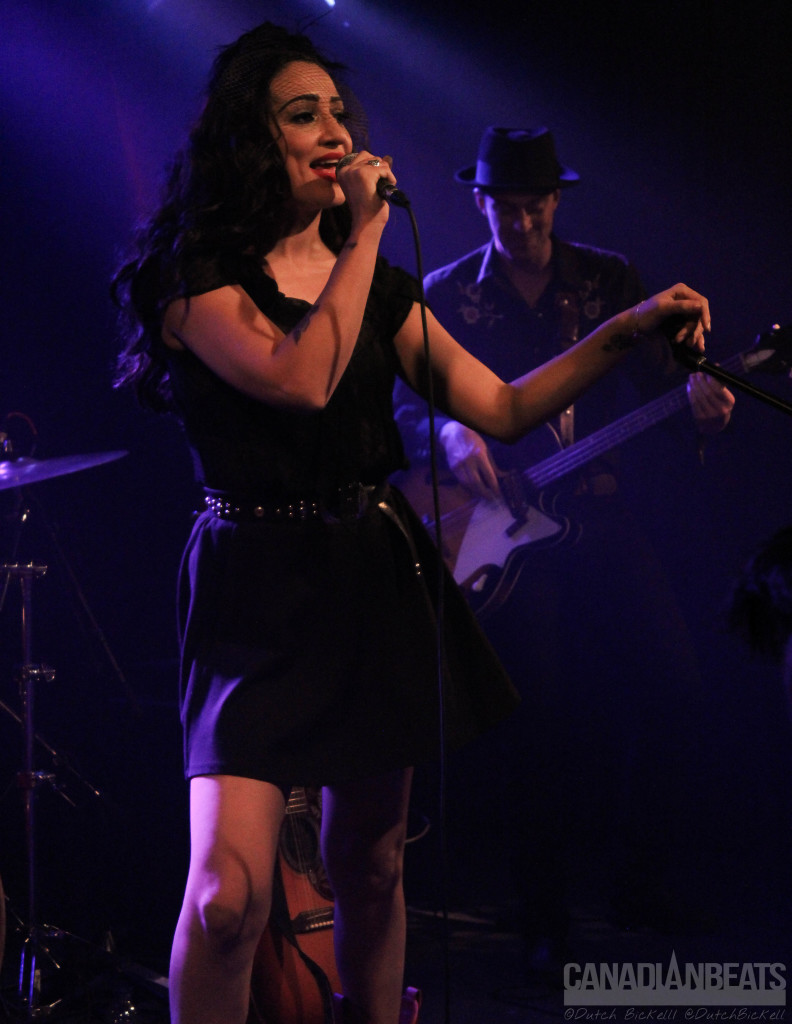 Continuing to support her latest album, Faded Gloryville Ortega is continuing on the road with dates scattered throughout Canada for the rest of 2015, and early 2016. Check out her website to see if she in performing at a venue near you. Ortega is a true Canadian performer. Her sassy, raw, and storytelling lyrics will grab you and make you listen. Ortega lives up to every recording she has made. Vocally she captivates you while creating imagery in your mind of what exactly she is saying. I look forward to many more Lindi Ortega shows in the future. 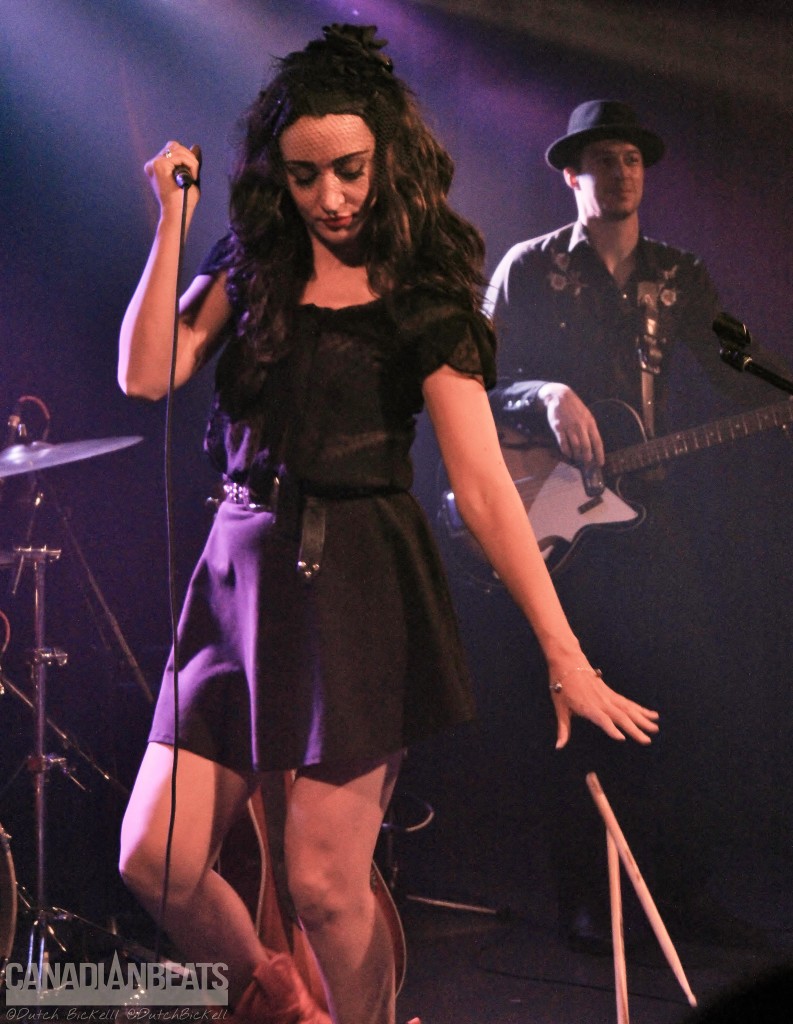