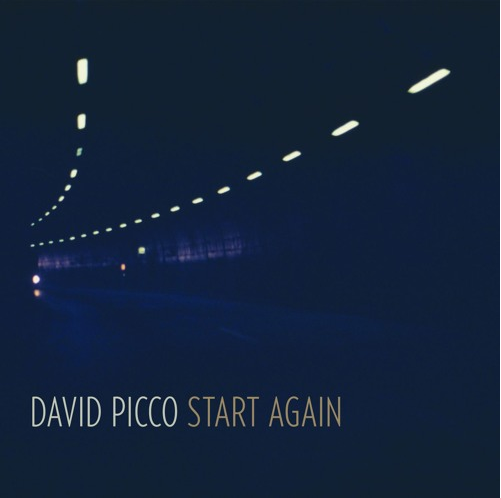 Newfoundland based, David Picco is about to release his new album, “Start Again” on November 6, 2015. The album features ten tracks which mixes genres flawlessly.

“Baby, I’m Gone Away” had me hooked from the first listen, it’s a great rock tune that will have your feet moving and you’ll be singing along in no time. This is the type of song that I immediately picture being performed live.

When the second song was just as good as the first, I knew I had something great on my hands. “Here I Am” has a slower beat but still has your body swaying with the music. As the album plays on, I quickly realized that each song kept me interested and wanting more.

If I was asked to choose a favourite on the album, I would say it would be a toss-up between “Today Never Knows” and “First To Go”, as these two tracks in particular had me wanting to share this album with the world.

David doesn’t stick to one genre, he tends to venture from rock to blues to folk and pop at times, and it works perfectly, and I highly recommend you check out the album, and if you’re in Toronto on November 5, stop by his album release at Dakota Tavern.