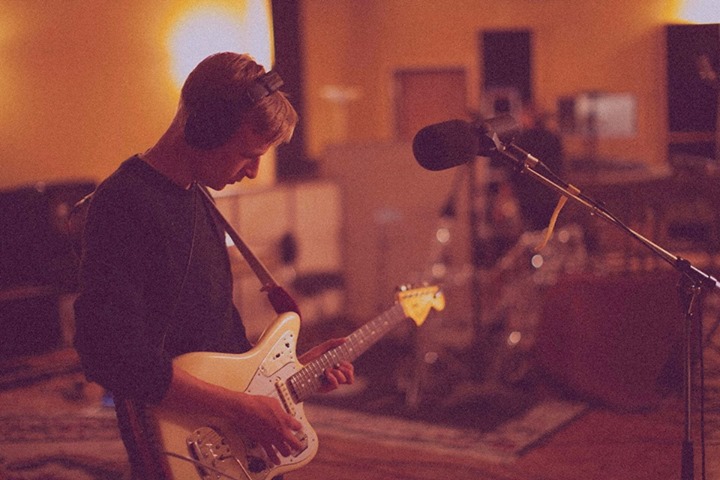 Micah Visser is about to release a brand new single, “I Will Not Return as a Tourist” on November 19th. We had the chance to ask him a series of questions about his background, the new single and much more. Continue reading to find out everything you want to know!

It’s hard to pin down a specific time, but I guess at the beginning of this year, deciding not to go to back to school and to pursue music full time was a pretty big milestone. The thing is, leading up to that I’d been pursuing music for so long it really doesn’t seem like that big of a difference. I just have more time and energy to pour into this now.

You are about to release a new single, I Will Not Return as a Tourist, what can you tell us about the writing process?

This has been a really interesting song to write. It started almost immediately after I finished ok night— As soon as it was done I made the decision to make something completely different. The sound I had been fine tuning for years was so definitively put into music on ok night, it felt redundant to try to write another record like it. I’m always trying to push myself outside of my artistic comfort zone, so after a lot of trial and error, a lot of demoing, and some collaboration with crazy talented people I came up with a few songs like this. I chose to release I Will Not Return as a Tourist as a single because at its core, it’s still really similar to a lot of the stuff I’ve put out before, I’m just taking chances I wouldn’t have taken on ok night, and getting more creative on the production side of things.

On ok night, I made a point of pulling inspiration from very specific times with very specific people. It was sort of a love letter to people I don’t talk to enough. On I Will Not Return as a Tourist and much of the new music I’m working on, I’m still writing things on a very personal level, but I’m challenging myself to get more abstract and go deeper. For instance, I Will Not Return as a Tourist is about feeling unsteady and being stuck in your head, but instead of just describing the feeling, I examine the feeling itself. The origins of it and the things it drives you to do.

I’ve always loved 80s new wave music. People often write it off as kitschy or cheesy because it’s fun to listen to, but there’s some real artistic merit in a lot of it. New Order and Echo And The Bunnymen for instance—tons of their stuff pushes the boundaries of what is accepted in popular music but doesn’t get the credit it deserves because you can dance to it.  As for more recently, this is cliche, but Bruce Springsteen has been a huge influence for me. The way his music and lyrics fit so completely with his persona is remarkable. I find myself being able to attach my own experiences to his music even though he’s mostly writing about things I have no experience with. The emotion behind it is so raw that it connects with anyone, regardless of background.

Will there be a video to accompany the new single?

There will be! I can’t say too much about it, but we filmed some of it in Chicago and I think it’ll be really special.

When can fans expect a full length album?

I’m still not quite sure. Writing an album can be a very frustrating process because you never know when the songs will come to you. I’m constantly writing, demoing, collaborating, but sometimes I can go weeks or even months without making something that feels right. There will be a full length album when the songs are there. Right now, many of them are, but I’m not going to say anything until I know for certain it is the best it can possibly be.

Are you planning to head out on tour anytime soon?

We are actually heading west on the 6th for a ten day tour! We are very excited and have a really fun set full of new stuff.

We’re going to keep working towards a new album and playing lots of shows. We have a few really exciting show and tour plans in the works. None of which I can really talk about now, but some of this is crazy, mind blowing, surreal stuff. I’m so excited to share it, so make sure to like our Facebook page to stay updated.

Thanks for having me! Canadian Beats is a great blog and I’m so happy I could chat with you.