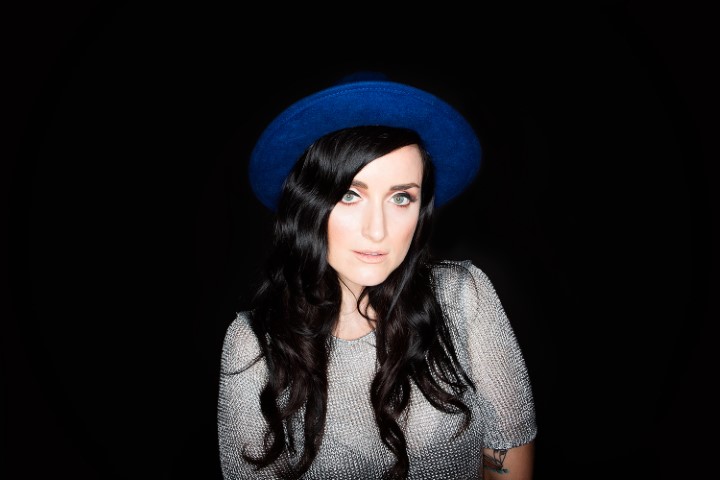 Emma-Lee is a pop singer/songwriter from Toronto. On October 16th she released her latest single, “All The Way”, a tribute to her late father. The accompanying video for the single shows the raw emotion behind her words in a very simple, yet very powerful way. We had the chance to ask the singer some questions on her new single and what’s coming up next for her. Be sure to check out the single and if you’re in the Toronto area head down to The Rivoli on November 25th and catch her live performance.

You recently released your single “All The Way”. Was the fan reaction what you anticipated?

I think so. I hope people can find their own meaning in the song. We’ve all dealt with letting go of something or someone at some time or another, it’s certainly a common thread we all share. I was touched by the comments I’ve read so far, people sharing their own stories of personal loss. It made me feel really connected to everyone listening, that’s a pretty amazing feeling!

It is a very personal song to you. Did that make you a bit more hesitant on releasing it?

I wasn’t hesitant to release the song, but shooting such a stark video to go with it was scary. There’s nothing to hide behind, it’s just me having a genuine moment that we captured. So releasing the video, more than the song, took some courage.

What sets apart “All The Way” from your other music?

It’s the most contemporary recording I’ve ever done. My first album “Never Just A Dream” was a bit of a tribute to the 50’s and early 60’s, then my second album “Backseat Heroine” was very much inspired by live band recordings of the 70’s. This is the first time I’ve created something that sounded like it came out the year it was made. That’s a big change for me! It’s also the first time I’ve put something out using mostly electronic elements, as opposed to going into a big studio and hiring a bunch of players. This song, as well as the music that will follow from the album is really just my producer Karen Kosowski and I spending lots of time together experimenting with sounds. It’s not only some of the most creatively satisfying work I’ve done, but I also get to hang out with my best friend making music all the time!

Why did you decide to change your recording process?

The recording process for this song and album came as an absolute surprise, and “All The Way” was really the first song that set the tone for everything that followed. I went over to Karen’s one night to record a piano/vocal demo of the song simply to document it after it was written. A week later Karen called me up and said she had a surprise, that she’d worked on producing up the song a bit and wanted me to come hear it. I was completely blown away by what she’d done. She ultimately gave me a sound I didn’t even know I wanted until I heard it and that’s really the mark of an excellent producer. She somehow made sense of everything I was talking about, all my reference points, and gave me exactly what I was after.

Can your fans expect any more new music after this song?

Yes! I’m going to be releasing a second single in January that I’m really excited about.

Definitely the music that impacted me most growing up was the early 90’s pop/R&B like Whitney Houston, Mariah Carey, Janet Jackson and records like “Diva” by Annie Lennox. As a vocalist without a doubt it was listening to these women where I got my training. This new collection of songs is sort of the first time I’ve ever really gotten in touch with that sound as a point of reference for my own music. In a weird way I’m going back to my roots.

Do you have any advice for someone trying to get into the music industry?

Ask a lot of questions. Find a mentor. Follow your gut. Don’t be controlled by your ego. Be humble. Work your ass off, but also keep balance. Fill the inspiration bank. Be really, really good at doing YOU. Don’t worry about what anyone else thinks, you’re far too busy and important.

What can fans expect from your upcoming performance?

This show will be presented in a more acoustic setting than some of my recent band shows. I’ll be playing mostly new songs, but perhaps a couple old favourites. I’m going to have a small string section which I think might be the first time I’ve ever done that!

Do you have any more live shows planned?

There will be more live shows coming in 2016 to support the second single but this is my last show of the year.

Gearing up for the second single. It’ll be my first time taking a song to pop radio so there’s lots of planning to do. We’ll be doing a national radio promo tour as well, hopefully we can fit in some concerts in some of the cities as well! Other than that, continuing to work on finishing the album.

Recently I would have to say “Run Away With Me” by Carly Rae Jepsen.

What do you think you would be doing if you weren’t in the music industry?

Out of all the concerts you’ve attended, which was your favourite?

I recently saw Aretha Franklin. That was pretty damn incredible. I also feel really fortunate to have seen Amy Winehouse play the Mod Club in Toronto back in 2006. She’s one of my all time faves.

I guess I could say one of my own songs but truthfully it’s “I Will Always Love You”.

What’s your favourite thing to do on a rainy, cold afternoon?