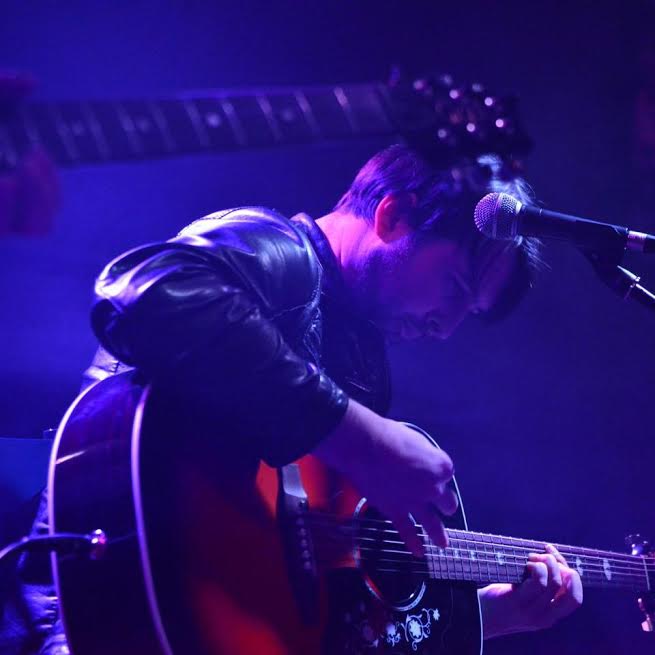 Ottawa, ON based Indie Folk Rock band, The A.M. Resolution  is about to release their debut single a bit later this month and I thought it would be fun to give you all a brief introduction to this up & coming band. I had the chance to ask them a few questions about how they formed, what’s to come and so much more.

First off, can you introduce yourselves to the readers?

When did you meet and form the band?

Darren and I both worked at the same day job. A printing and promotional company and after I had been playing solo for awhile I asked Darren in August of 2014 if he’d like to join me and start a band sort of speak.

How did you come up with the name, The A.M. Resolution?

Darren came up with the name. It has several meanings. First, it is my initials as in Andrew Michelin. Second, it means that we’re both resolute, our determination to make it as musicians, and thirdly, we find the thought of waking up in the morning and saying I’m never drinking again then drinking again kind of funny.

You will be releasing your debut single in November, what can you tell us about your writing process?

Personally my writing process consists of me with my acoustic guitar in total isolation and in some kind of mental distress. Now that the band is taking off and getting busy, I find it harder to find that alone time to write. A lot of times now I will write lyrics on my iphone when I feel inspired then take it home to write something with my guitar.

Can you give us any hints about the single?

If you like artists like Nirvana, The Rolling Stones and The Beatles? then you’re probably going to like our single “Now you know” and the flip side “Cowboy” Darren’s guitar style has been compared to Keith Richards and my vocals have been compared to Kurt Cobain or Chris Cornell. I’ll take that!

Will there be a video released to accompany the single?

Once your single is released, when can we expect an EP or album release?

We’re doing things a little differently. Our plan is to go into the studio every two or three months and record one or two songs and release them. Then within a year or so when we have accumulated enough songs we will release a proper album. This way we can take our time with each song and produce them properly without having to rush through the recording process. Also, we will get used to using the same studio so we can experiment more.

Do you have any upcoming shows that we can look forward to?

The White Stripes at Ottawa’s BluesFest. Good thing too! Because a couple years later they broke up.

Walking through the woods.

Last but not least, is there anything you would like to say to your readers?

It’s only been a year since the band started but I’m really feeling things are starting to come together and I want to thank everyone for supporting us! With all that support who knows where we will be this time next year!