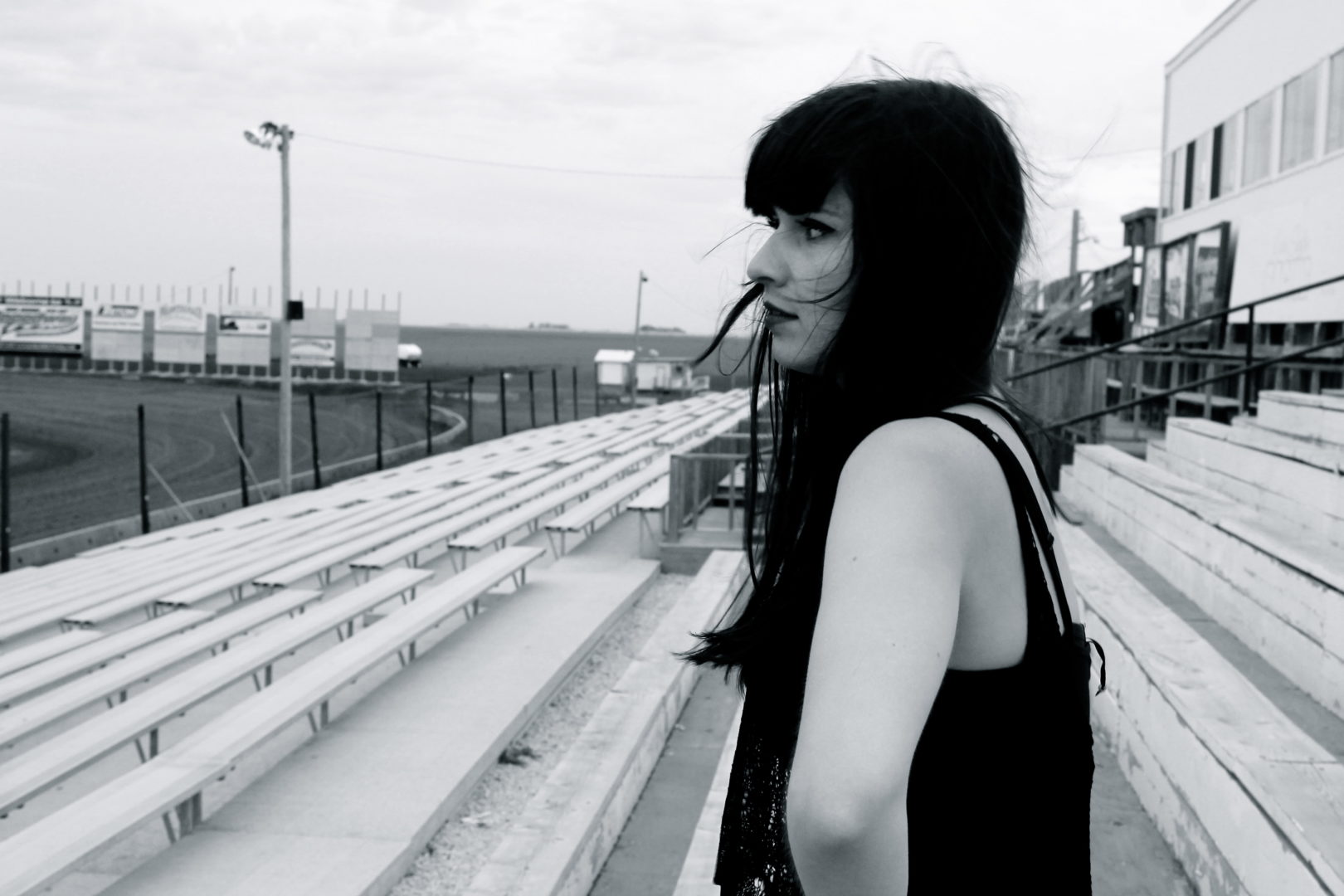 Winnipeg, MB based Indie-Pop artist, Chantal Emond, otherwise known as French Press took a few minutes out of her schedule to chat with me about her background, her music and so much more, check it out! See below for tour dates, and also a brand new video!

First off, can you introduce yourselves to the readers?

How did you meet and form French Press?

French Press started to come together after I graduated  from Humber College (Toronto) with a degree in jazz vocals. My previous band, The O’Darling, was falling apart while I was in Thailand performing in a cover band. I was getting bored of it pretty quick, so I spent my days writing– I figured out that I’d have to write my own music to stay excited, I needed the songs to feel more real. It all stated in 2010. I was playing solo in the beginning, but since 2013 I’ve had a band with me.

Care to explain how the name came to be?

I came up with the name when I was in Thailand. I didn’t want to go by my real name. I wanted my moniker to evoke imagery and sound exciting.

I‘m French-Canadian so I was flirting with the idea of a French name, but I didn’t want people to feel awkward pronouncing (or mispronouncing) it. “French” was a good solution to that problem and with a little brainstorming I came up with Press. For me, it reflected the tension, heaviness and strength I was trying to express.

You have an album coming out in early 2016, “Youthful Trouble”, what can you tell us about the writing process on this album?

Oh man, writing the record was the biggest challenge of my life. I felt like I was learning to do something I didn’t know how to do. The experience of songwriting was so different from the work I was doing in Jazz school. I was learning a new craft and it definitely had its ups and downs.

I set myself a goal to write a song a week, I think I did it for 5 or 6 weeks and a lot of those songs made it onto the record. I was dealing with a lot of self-doubt, asking myself everyday ”Can I actually do this?”. I was constantly wondering how it was all going to come together. It wasn’t easy. It’s still not,  but when a song comes together you feel like a boss.

Where do you tend to pull musical influences from?

I listened to a lot of Matthew Good Band in high school- lots of 90s rock, and as I got older I was seriously into Elliott Smith. The Cardigans, Metric, Interpol and the Strokes were a big part of my life too. More recently, Jessica Lea Mayfield has been really influential along with Wavves and Best Coast.

And of course, my experience in Jazz school was very influential. Not that my music sounds jazzy at alI, but because I spent a lot of time internalizing and improvising melodies. I think I freed up my writing that way.

Can you give us any hints about what to expect from the album?

I describe the record as : RESTLESS POP ECHOING THE VIBRATIONS OF YOUR YOUTH

Youthful Trouble captures an era of struggle and resilience, a story all too familiar with 20-somethings. There’s a vibe about the record; It’s upbeat, catchy, and carelessly aware. It’s got a good mix of hooky melodies and restless lyrics.

You are about to embark on a Western Canadian tour starting on November 6, is there a certain stop you are most excited for?

I’m just excited to meet some new fans. I hope that’ll happen in every city. The cool thing about touring is that you get to see old friends you wouldn’t otherwise have the chance to see.

When can fans on the East Coast expect tour dates?

What can someone who has yet to see you live expect from your live show?

It’s edgy indie-pop. It’s guitar based music with striking vocals, catchy hooks, and a driving rhythm section. It sounds bright but underneath it’s moody and uneasy.

You will be touring with Micah Visser, which other Canadian artists would you like to tour with?

Probably Andy Shauf, everything he does is perfection. I like music that makes you want to scream and cry and makes the blood rush through your veins.

What’s up next for French Press after you return from tour?

I am planning on playing a few Winnipeg shows when I get back, then I want to block off January for writing. I’ve been doing so much business work planning and promoting the tour that I need to make sure I still remember how to write a song.

Also, my new record is currently being mixed and am ready to drop a new music video soon. So, lots of stuff!

I really like Bestie, Mac Demarco, Kathleen Edwards, Mother Mother, the Zolas, Julie Doiron, Half Moon Run, Demetra, Marie-Pierre Arthur among many others.

I’m pretty sure my first cassette was New Kids on the Block, and I think my first CD was Ace of Bass.

I just saw Dear Rouge and Rah Rah at the Park Theatre in Winnipeg.

October is notorious for Pumpkin spice, what do you think of the hype?

It’s a little sweet for me. Every restaurant’s marketing department thinks pumpkin spice will get people into the door. Pumpkin spice is a way for us to deal with colder weather.

Are you dressing up for Halloween? If so, what are you going as?

I going as one of the twins from The Shining. Actually, myself and a couple besties are turning them into triplets. Mary Janes, knee highs and bloody dresses.

Since you are about to take off on tour, which item can you not leave without?

A super comfy dress that I will probably wear every day.

We can work through your Youthful Trouble TOGETHER. You’ll just need a good pair of headphones and an open heart.

Live Video – Back on the Mattress: https://www.youtube.com/watch?v=JvNvqewKlnw