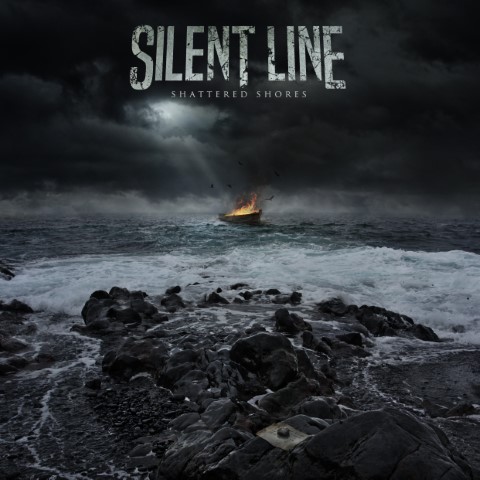 Winnipeg metal machines Silent Line are about to break the seventh seal and release a concept album titled “Shattered Shores”. A twisting tale told from a first person perspective of a character trapped on an island without any memory of getting there. The album is cold, dark and unrelenting much like the majority of Canada during winter.

The music is a mixture of demonic choirs, Amon Amarth and winter. Epic in places and wild and soaring in others. The single “Timeless Night” is reminiscent of Children Of Bodom and boasts the musicianship to back it up. Guitars played at break neck speeds keep pace with expertly executed drum fills creating an air of menace which is coalesced by vocals that are un-believably crushing, creating an overall dark and cold atmosphere that perfectly rounds out this already impressive musical endeavor.

When this album comes out in just a few short days get your wretched claws on it and play it loud for the dead on Halloween, spooky things might just happen!!