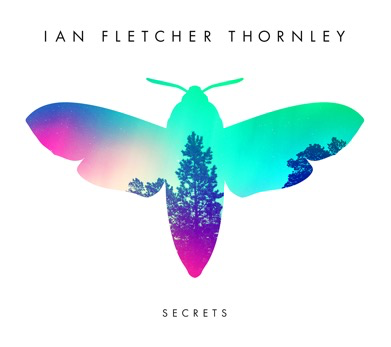 Ian Fletcher Thornley is best known as the lead singer of Canadian powerhouse rock band Big Wreck. The multi platinum band has burst back onto the scene after an extended hiatus releasing an album in 2014. But now Ian is adding to his rockstar status with a solo release that is a total step away from what we are used to with Big Wreck. The album “Secrets” is set to be released on October 30th. It is a perfect example of Ian Fletcher Thornley’s strong artistry and his diversity.

“Secrets” was recorded with Only a rhythm section composed of Ian, Glenn Milchem (Blue Rodeo Drummer) and Dave McMillan (Big Wreck bassist). With all that talent on one project you almost can’t imagine it gets better, but then add producer Mark Howard (Bob Dylan, Neil Young and U2) and you have an acoustic masterpiece. The album is packed full of intoxicating vocals and raw emotion. Songs like “Feel”, “Stay” and “Just to Know I Can” hit you with an easy listening style and endlessly playable feel. While taking notes I realized I placed a star marking my favourite track next to over half of the entire track list. The title track and first single “Secrets” is an amazing track. Apparently worth two of those stars. “All Along (For Sophia)” has a killer heavier sounding guitar solo that is worth a mention, and earned that song a penciled in star on my list. “Secrets” closes out the only way it can, with perfection. The song “Blown Wide Open” showcases the album in its entirety! The diversity, the incredible instrumentals and brilliant vocals.

This album is definitely worth not only a listen but a purchase on iTunes so you can repeatedly enjoy it, let it consume you blasting on your headphones. If you live in Ontario or Montreal be sure to head over to Ian’s website to view his posted tour dates and check him out live.