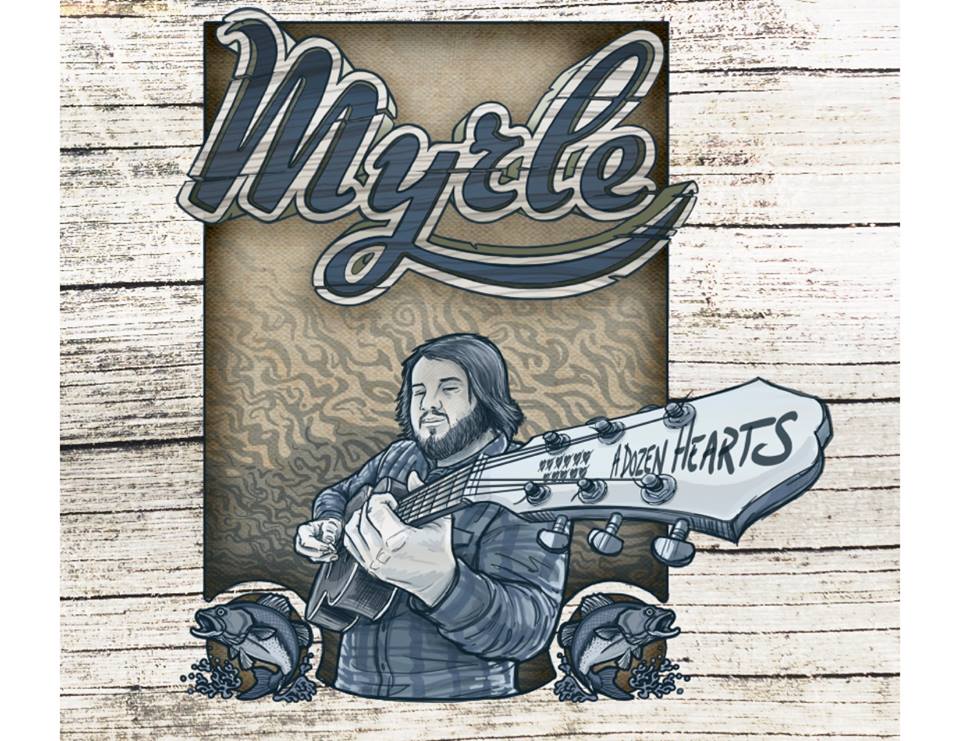 Muskoka, ON based singer/songwriter,  Myrle has just released his second full length album, “A Dozen Hearts” on October 17, 2015. The album is produced by Ron Hawkins, and features eleven full length tracks. The unique thing about this album is that 100% of the proceeds from pre-release sales went towards a young family with a father in need of a heart transplant.

The album stars with “Vicious Circles” which has an infectious beat and had me singing along almost immediately. Myrle’s vocals are raspy, yet appealing to the ear. All of the songs on the album have a gritty rock sound, mixed with a slight folk vibe.

I have a few favourites on the album, first being “Damn or Be Damned”, I find that this song showcases his vocals fully, and the beat has been stuck in my head since the first listen through. The final song, “Grey” is the other that stood out to me; it features a very intense sound, as well as lyrics that implanted themselves in my brain.

All in all, I would recommend this album to any rock and/or folk fans, as I feel that fans of either genre could appreciate it. So head to iTunes, grab the album and sit back and give it a thorough listen.