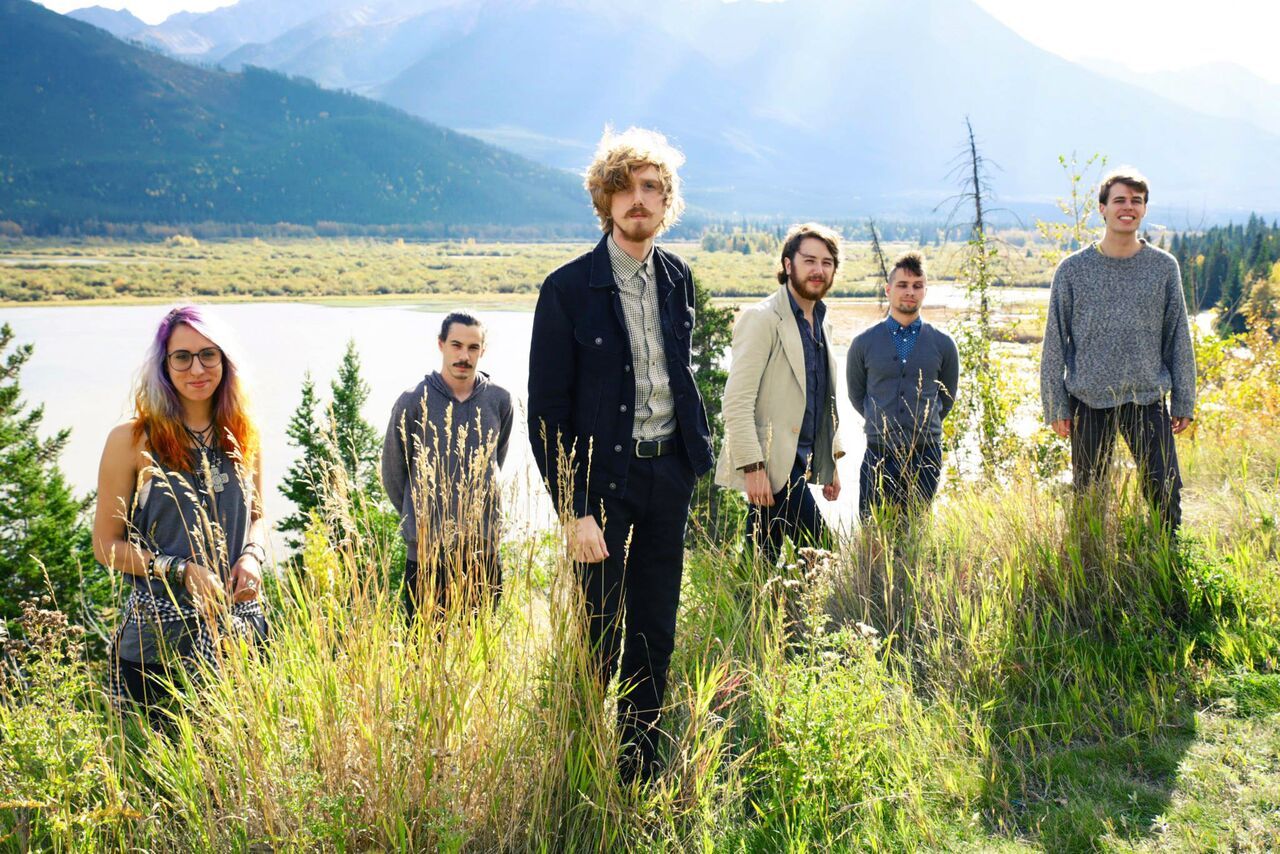 Vancouver, BC based indie-folk band, Good For Grapes released their sophomore album “The Ropes” on October 2 through Pheromone Records. The band took some time out of their busy schedule to answer a few questions about their beginnings, their album and so much more.

Our summer was fantastic. We had finished our new record as soon as festival season rolled around, so we did a couple of little festival tours in western Canada. Got to experience Edmonton Folk Fest again, which is always a favourite of ours. Also a little festival called Artswells that quickly became my personal favourite festival of all time.

How did you come up with the name, “Good For Grapes”?

Haha, that’s kind of a funny and long story, so I’ll sum it up. When we were still in high-school, grade 11 I think, most of us were friends so we took a little trip to Victoria together. Our plan was just to hang around and busk; I think we were mostly excited to spend a week away from our parents. Anyway, we weren’t a band or anything at this point, but we had our instruments for the trip. On the way to the ferry, our piano player Alexa offered our guitar player Graham some grapes. He said “Nah, I’m good for grapes”, and we all laughed about how that would be a good name for a band. Such was our humour at the time, haha. Later on the ferry we were on the deck practising some songs. Somehow people got it in their heads that the ferry had hired a band or something and a crowd started watching us and taking pictures and such. After pulling out everything we knew together (which wasn’t much) people were asking us what our band name was. We jokingly said “Good for Grapes”, and it’s stuck ever since.

You recently released release your sophomore album, “The Ropes” on October 2, what can you tell us about the writing process of the album?

It was an interesting process for me. The moment we finished our first record, I had already written enough material for a new album and more. But most of those songs didn’t even make it, cause over the past 2 years I’ve been just slowly replacing them with songs more relevant to what I think we should be doing. I really got into a more rockandroll/country mindset and focused more on melody and rhythm than just a pounding mess of sound. I think many of the new songs have my inner songwriter stepping his toes into different genres that I might want to explore in the future.

How would you say your sound has changed since your 2013 release, “Man On The Page”?

I think it’s a more mature sound. We introduced some new instruments like the pedal steel guitar, which is mainly used in country tunes. We brought it some previously avoided snare drum and found other ways to make our percussion unique. The songs are more melody driven, and I think they are catchier all in all. Experimenting with flutes, and organs, and writing bigger strings arrangements really added an entirely new dimension to the songs.

You are taking off on a tour starting October 30 until December 5 throughout BC, AB, SK, MB and ON, when can fans on the East Coast expect to see you?

We’re going to be out there as soon as possible! But absolutely no later than Spring.

Is there a certain stop on the tour that you’re most pumped about?

Hard to say, as I think we’re all just excited to be on the road in general. But we’re especially excited for Stampede City Sessions in Calgary, and our dates with Jon and Roy out East.

What can someone who has yet to see you perform live except from a live show?

We like to try and outdo each show with the next. We’re always wild on stage and usually use up all our energy while we’re up there. It’s a great time.

During your live shows, do you prefer strictly original tracks or do you tend to throw in some cover songs? If you do, what is your current go-to cover song?

We have no “rules” when it comes to which tracks we play, if it feels right we’ll do it. Lately our go-to cover song is a gypsy-folk style version The White Stripes’ “Seven Nation Army.”

How do you prepare yourself before a show?

We usually try to do some ridiculous sounding vocal warm-ups. It warms up our voices and prepares us for being a bit weird on stage.

Is there a certain item that you cannot be without on tour?

Besides my guitar? Probably a good book. Canada is a big place, so there’s lots of reading time there.

Well first off I’d like to say THANK YOU for coming to our shows, buying our albums and merch, and watching our videos. It means the world to us and keeps us able to do what we love. We’re looking forward to making tons more music and sharing it with you down the road.