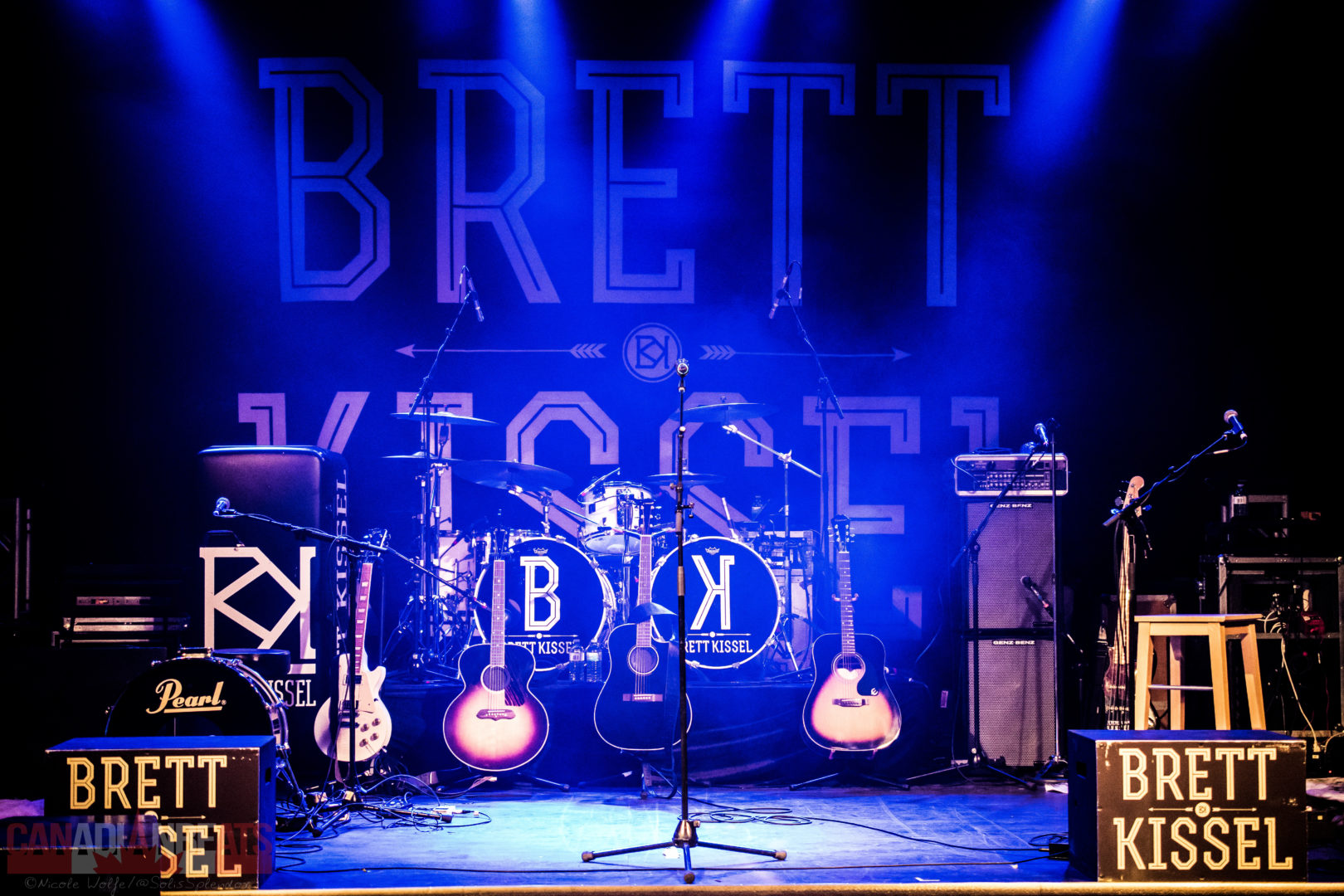 Brett Kissel’s ‘The Airwaves Tour’ made a stop in Barrie to perform for a packed house of eager concert goers.  The crowd so was loud and enthusiastic that the Flat Lake, AB native exclaimed that he thought Barrie was the best crowd yet on the tour.  Opening for Kissel were two talented supporting acts: Yoan and Jordan McIntosh.

French-Canadian musician Yoan delivered a smooth and soulful set of songs, first.  I appreciated the sophisticated simplicity of his set.  Yoan, on acoustic guitar, was only accompanied by a slide guitar.  He instantly attracted the attention of the crowd with deep, rich vocal as he pierced the crowd with his fervent gazes and playful smirks.  Yoan performed a mix of his own music and covers, including Folsom Prison Blues.  It is of no surprise that he was the winner of season 2 of La Voix (Quebec’s version of The Voice), and that he broke records selling 35 000 copies of his debut album in the first week after it was released. 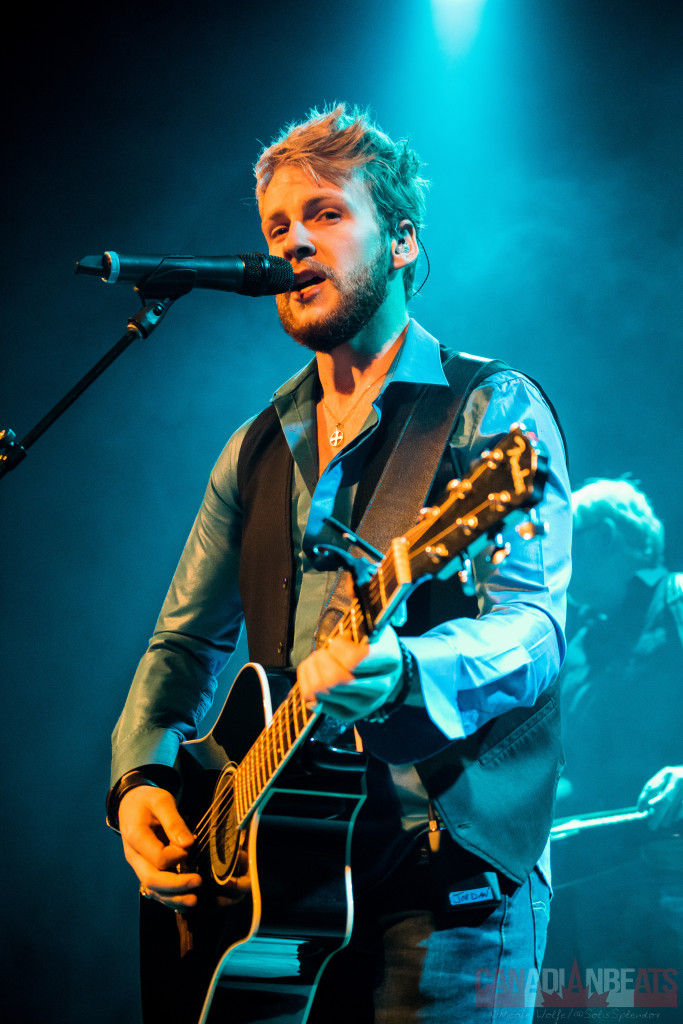 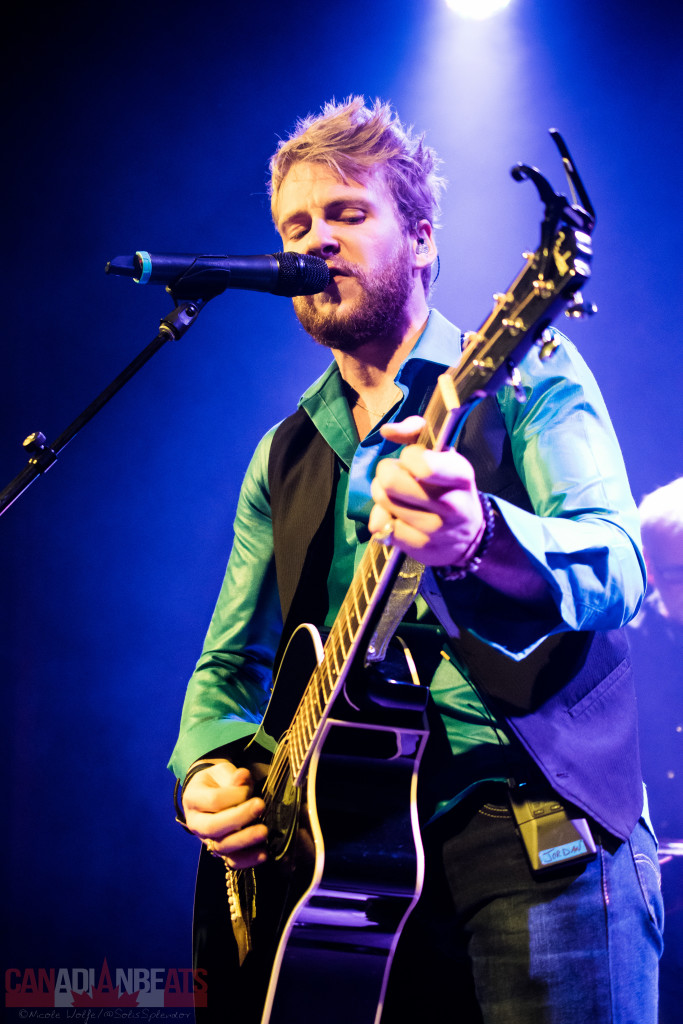 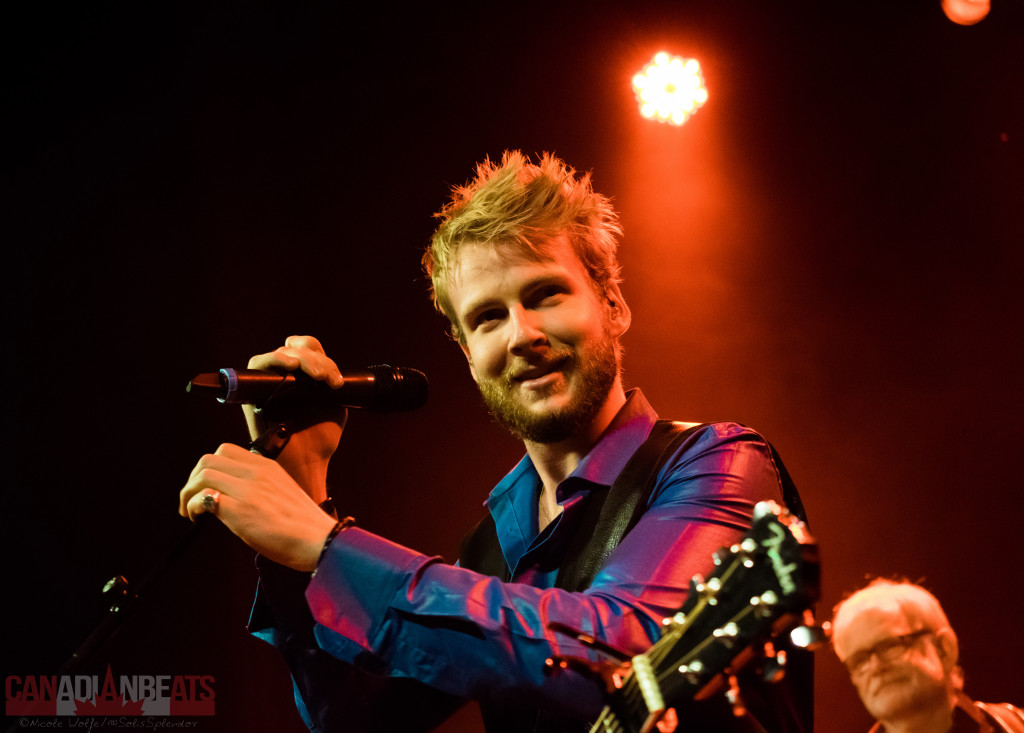 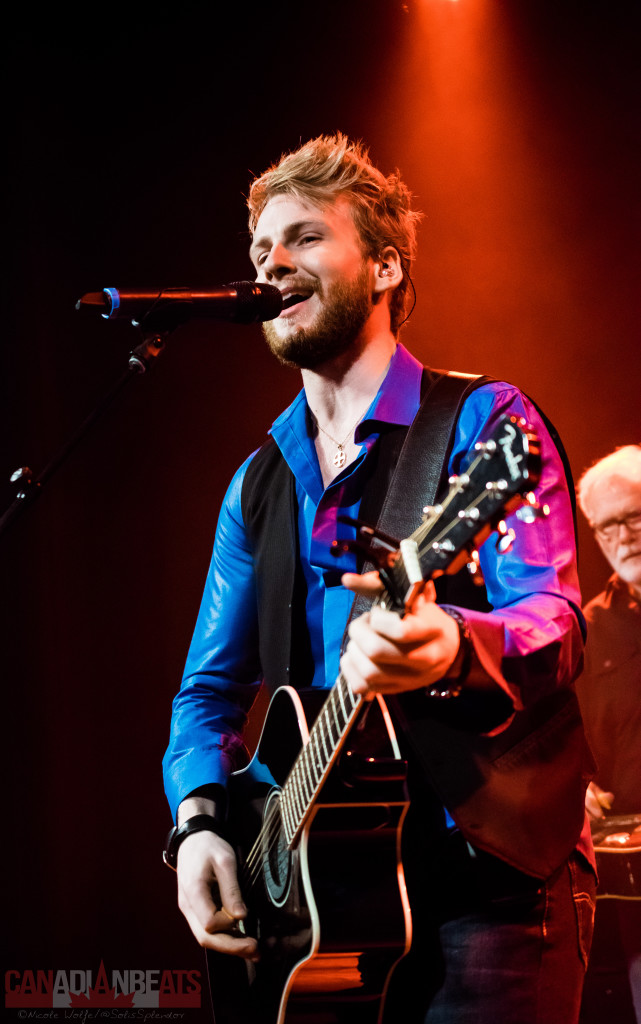 Carleton Place, ON based Jordan McIntosh hit the stage second with two guitar players.  I had the pleasure of catching up with McIntosh before the show for a video interview.  Stay tuned to Canadian Beats for this fun and candid conversation.  McIntosh opened with his new hit single All About the Girl, that is getting its fair share of play over the ‘airwaves’.  His charm and confidence won over the audience as he happily sang the songs in his set list with raw emotion.  The future will certainly be bright for this up-and-coming star.  At the fresh age of 19 he has already been awarded the 2014 Country Music Association of Ontario award for Rising Star and has released six singles, including Story of My Life, which he sang that night also.  Country music is in this star’s DNA.  He grew up in a musically talented family, following in the footsteps of his big sister, idolizing her.  McIntosh uses his music to tell stories, which he did very convincingly in Barrie.  The stage is your future Jordan.  Keep shining bright and creating those hits! 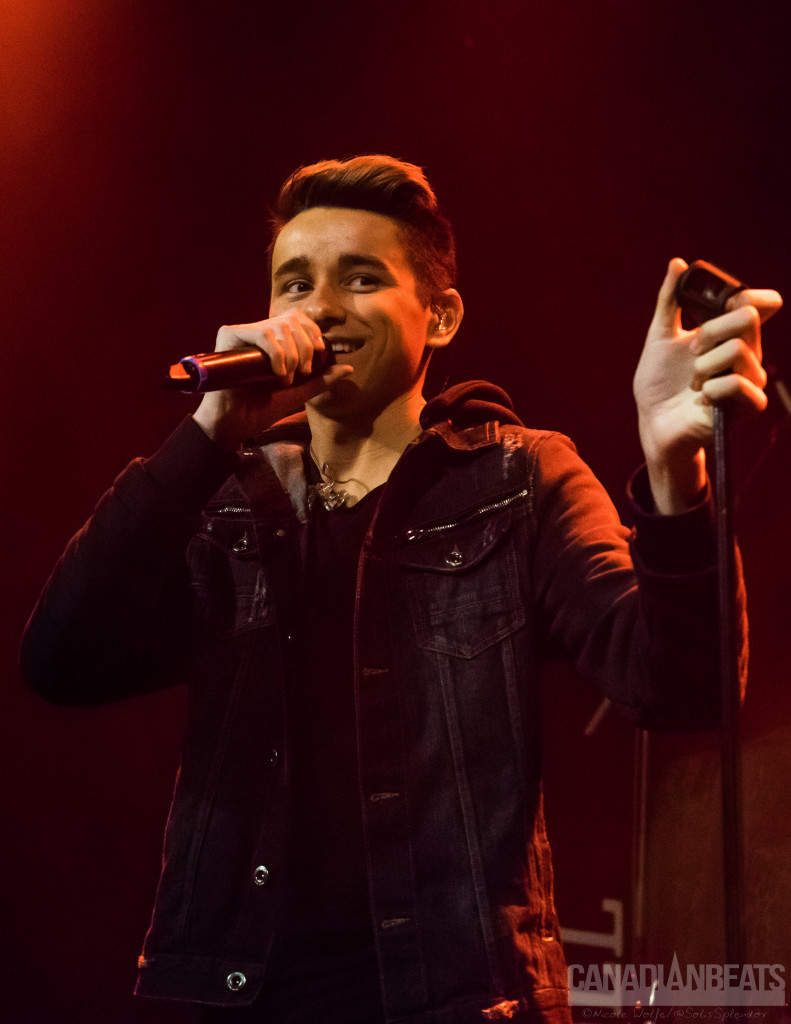 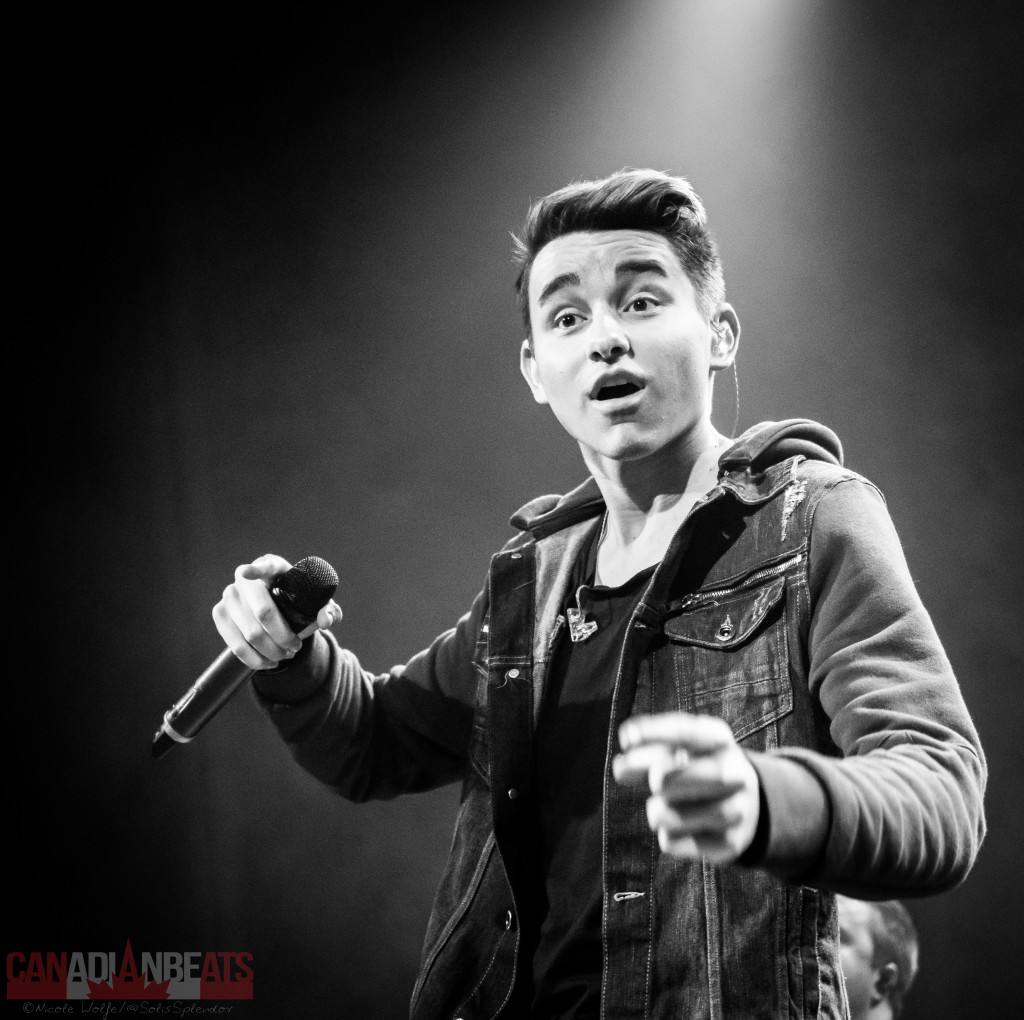 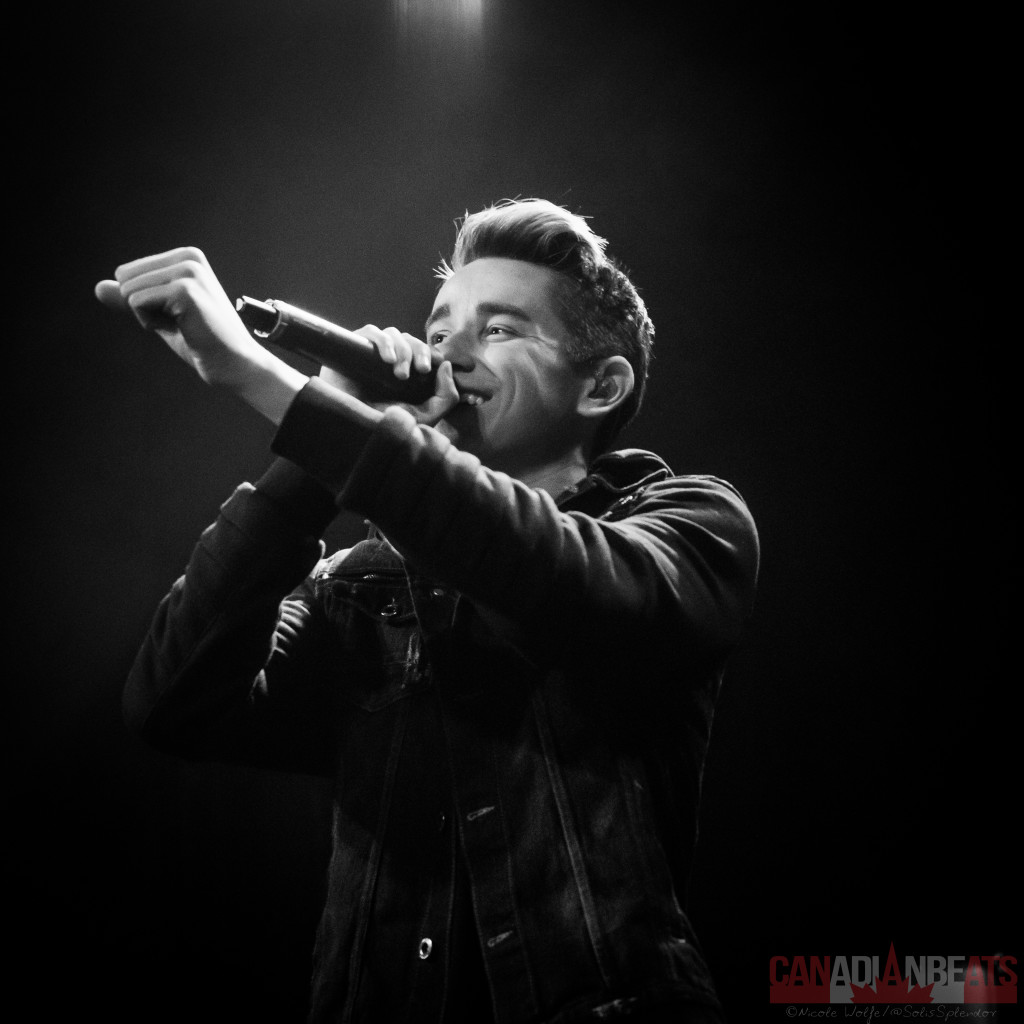 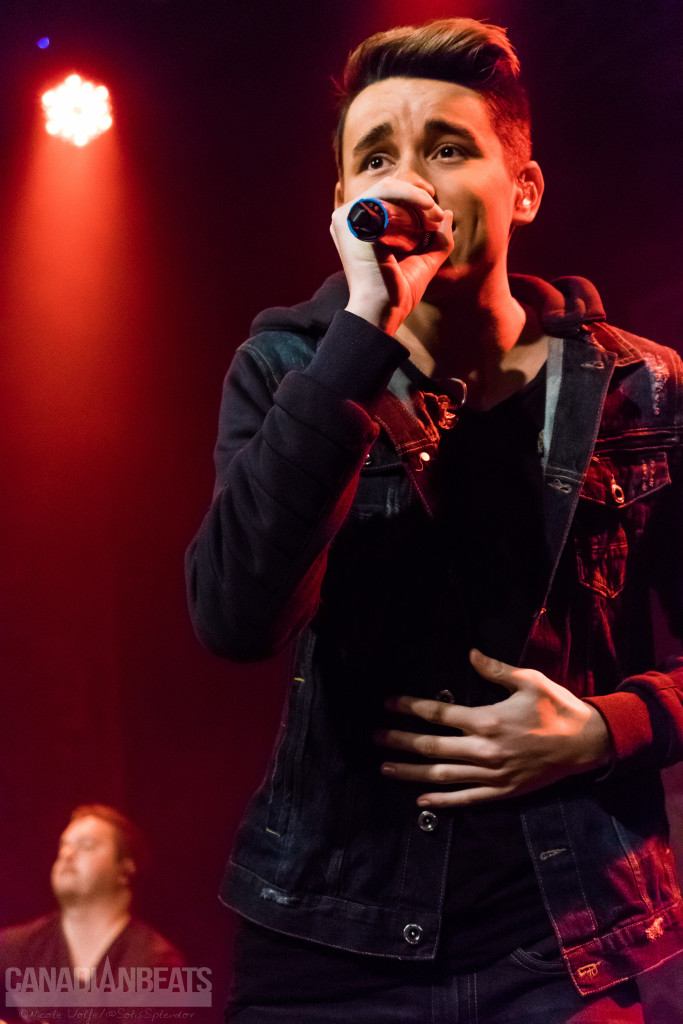 By the time Brett Kissel hit the stage, the crowd had already had their fill of delightful country music.  But Kissel made sure that the music was a bumper crop, so to speak.  He performed an extensive set of his most popular songs, and songs from his latest album, Pick Me Up, as well as a few surprises, including Calling Baton Rouge and Thank God I’m a Country Boy.  What impressed me about Kissel is that he completely went the extra mile to make sure that his fans had a memorable concert experience.  At times during the show he went to his very own vintage fridge on the stage to grab merchandise to throw at the crowd.  He gave away an autographed acoustic guitar to a very deserving fan celebrating her 21st birthday from the front row.  He even made himself available personally to the fans at his merch booth at the end of the show for pictures, autographs and conversation.  But the absolute highlight of his interaction with his fans was when he abandoned the stage to perform in the thick of the audience for Great Day to Be Alive, as he encouraged the audience to “Snapchat this s*** up”.  As an avid concert goer, I can honestly say that this is not something that I see often.  Thank you Mr. Kissel for making yourself so available to your fans! 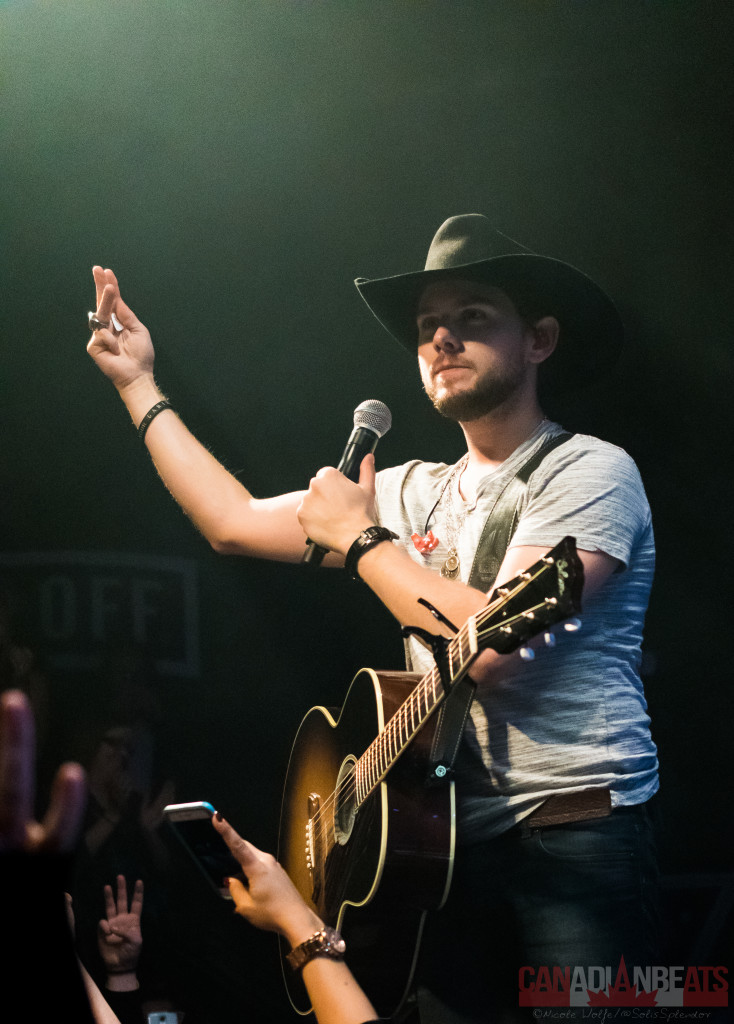 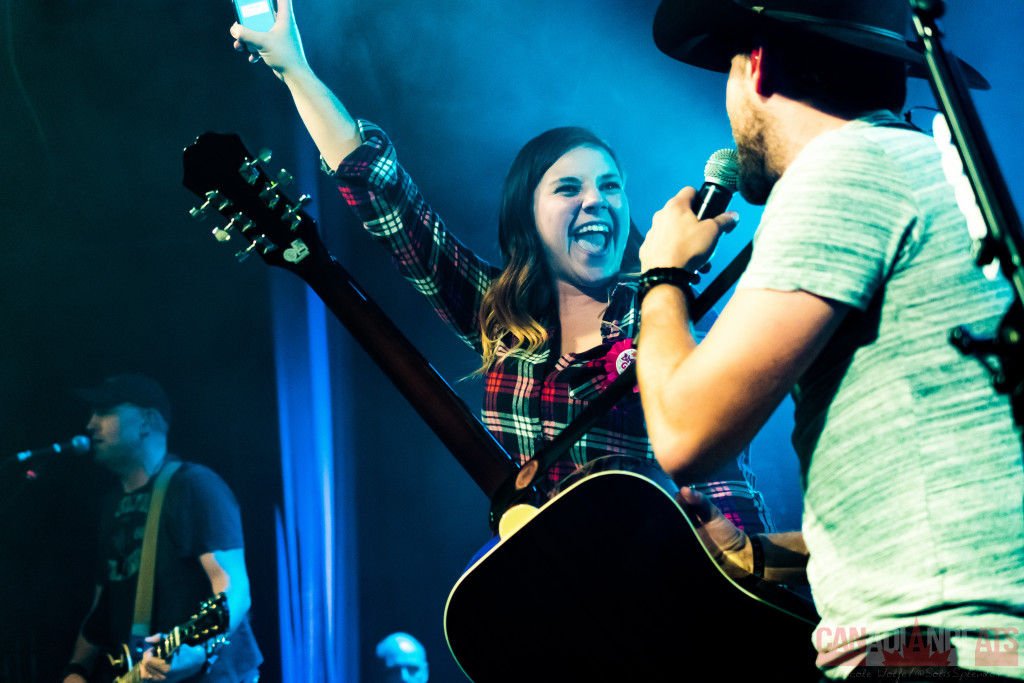 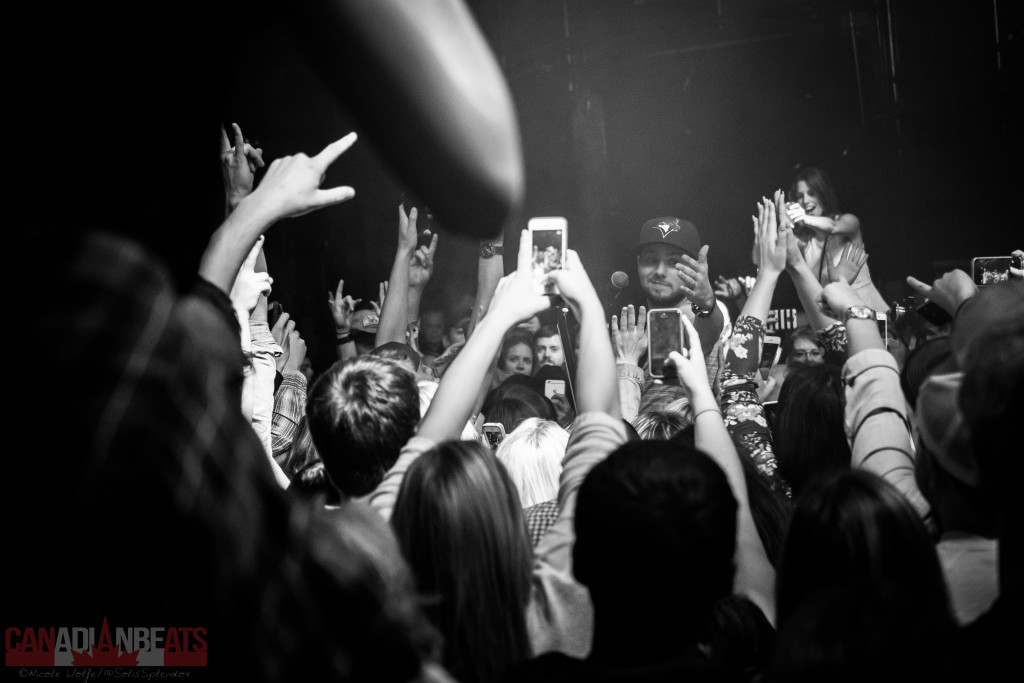 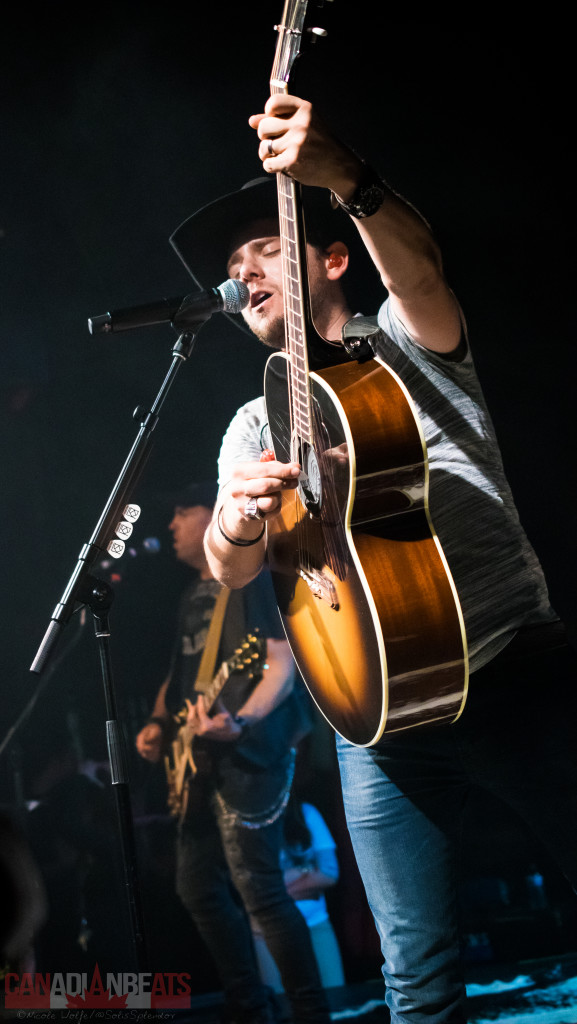 Kissel brought along with him a totally talented, crackerjack band.  I found them equally as entertaining to watch and enjoyable to hear, especially when they were left to their own devices on stage when Kissel was performing in the audience.  In particular, Matty McKay and Tyler Vollrath impressed me.  Both were stunning on guitar, but Vollrath also rocked his fiddle with a confident swagger. 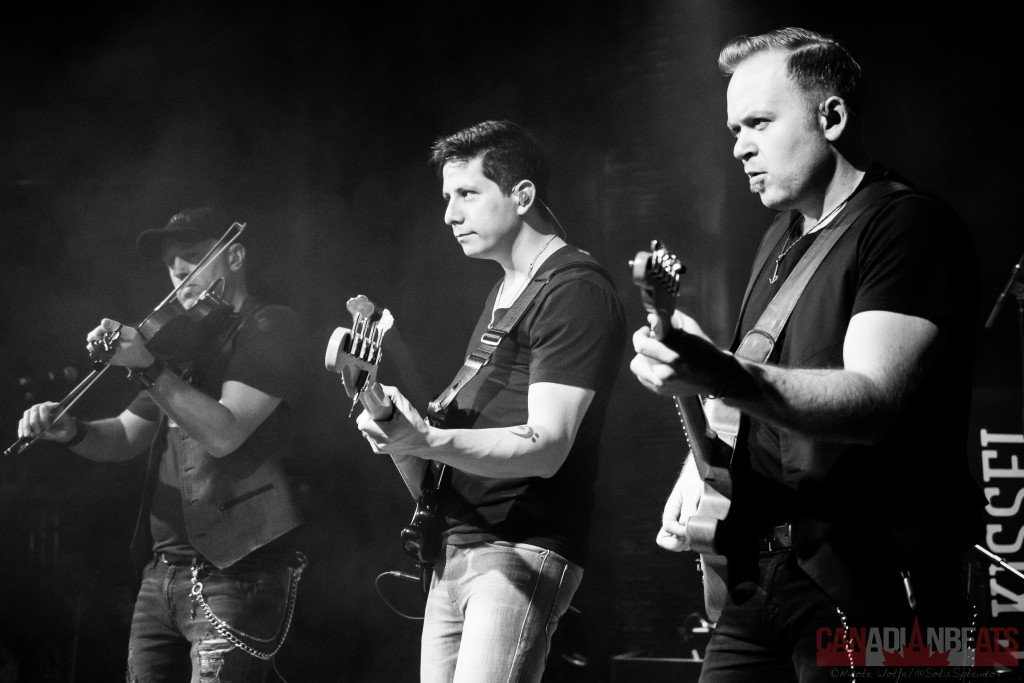 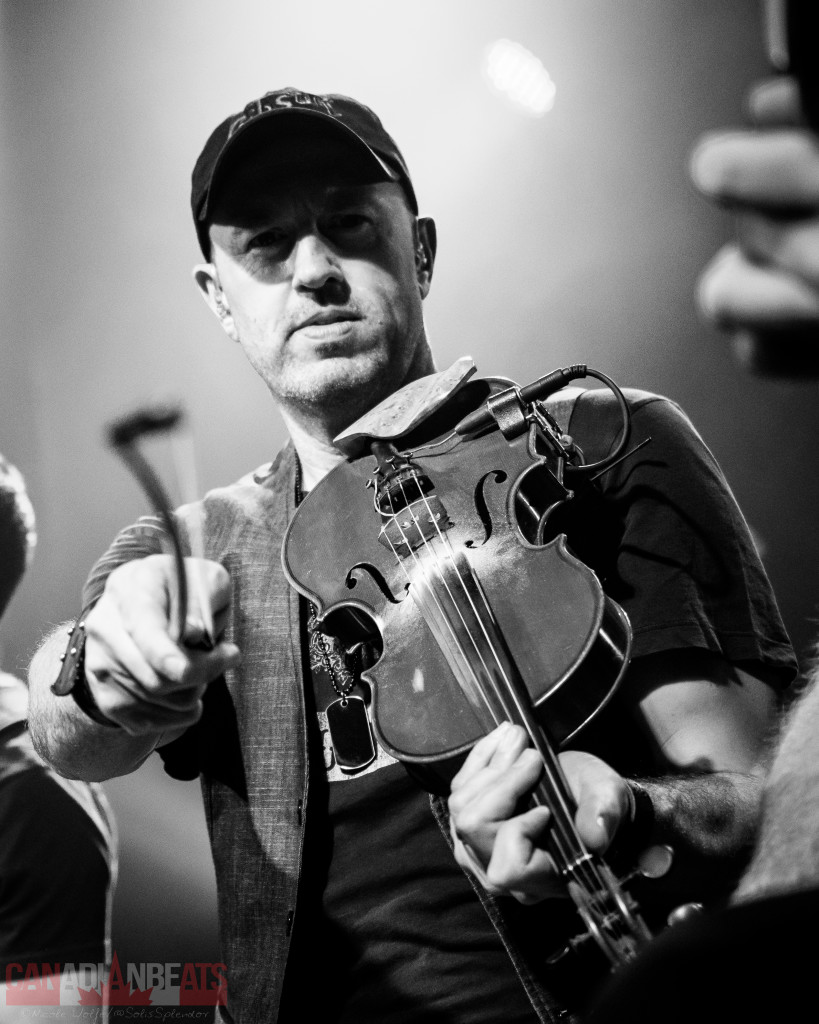 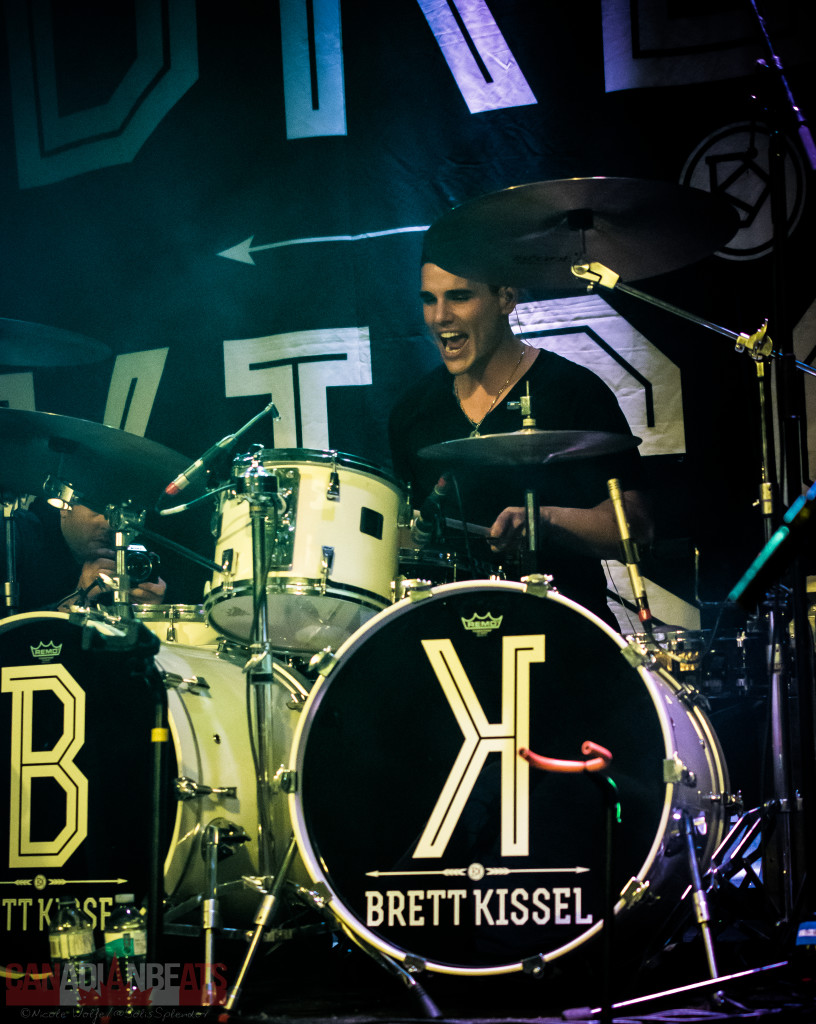 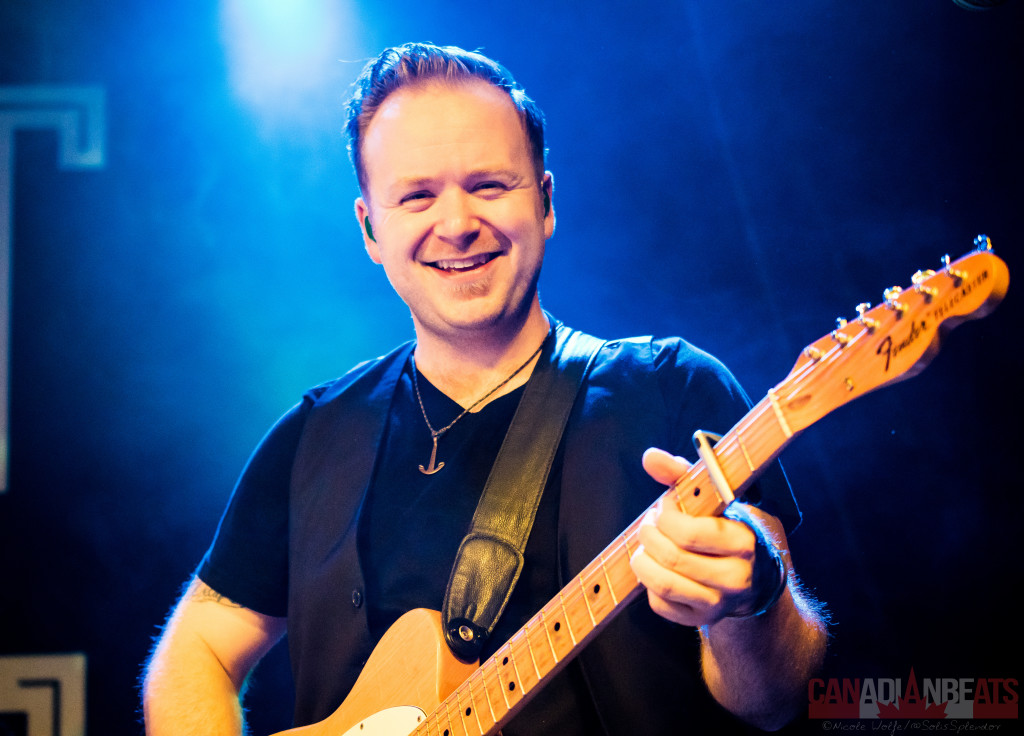 Yoan and McIntosh both joined Kissel in the latter portion of his set for a song each.  It was enjoyable to watch them interact so charismatically on stage.  In my interview with McIntosh he stated that he was honoured to not only play and learn from veteran, Kissel, but was stoked to play with his good friend.  Their onstage chemistry was magnetic and is something to check out.  Hopefully their paths will cross again on a future tour. 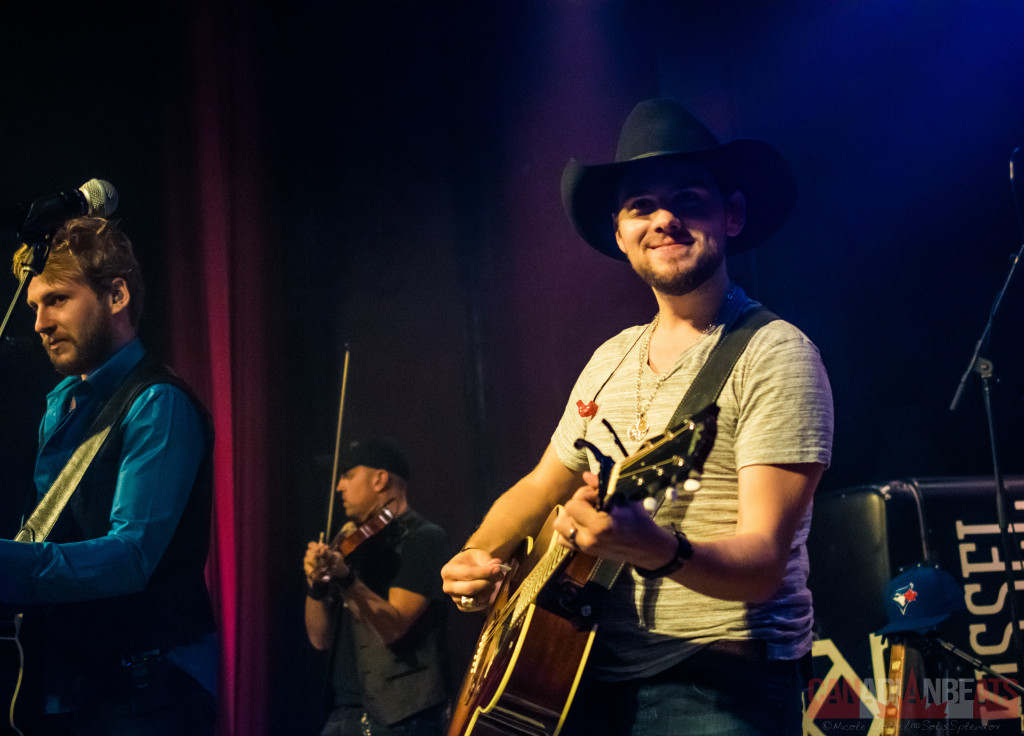 The Airwaves Tour still has plenty of tour dates left, with the Western Canada leg of the tour yet to come.  This show was completely golden.  If you have the chance to check it out, you will leave fully satisfied with a full memory card of great memories to share on social media and reflect on for years to come. 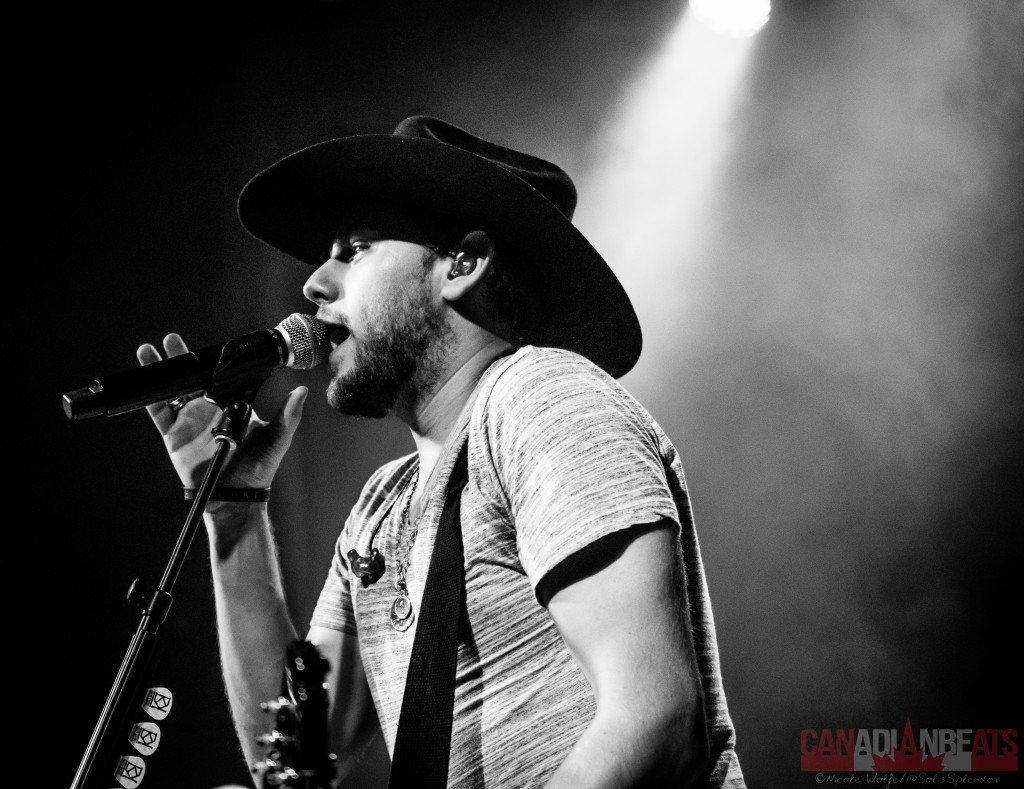 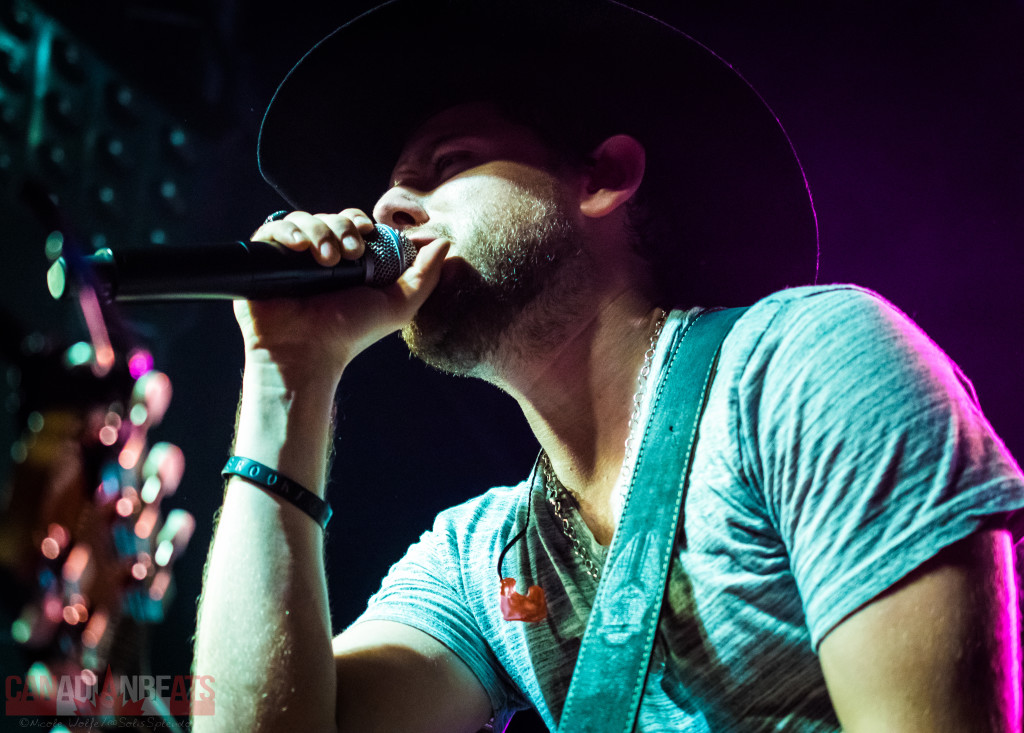 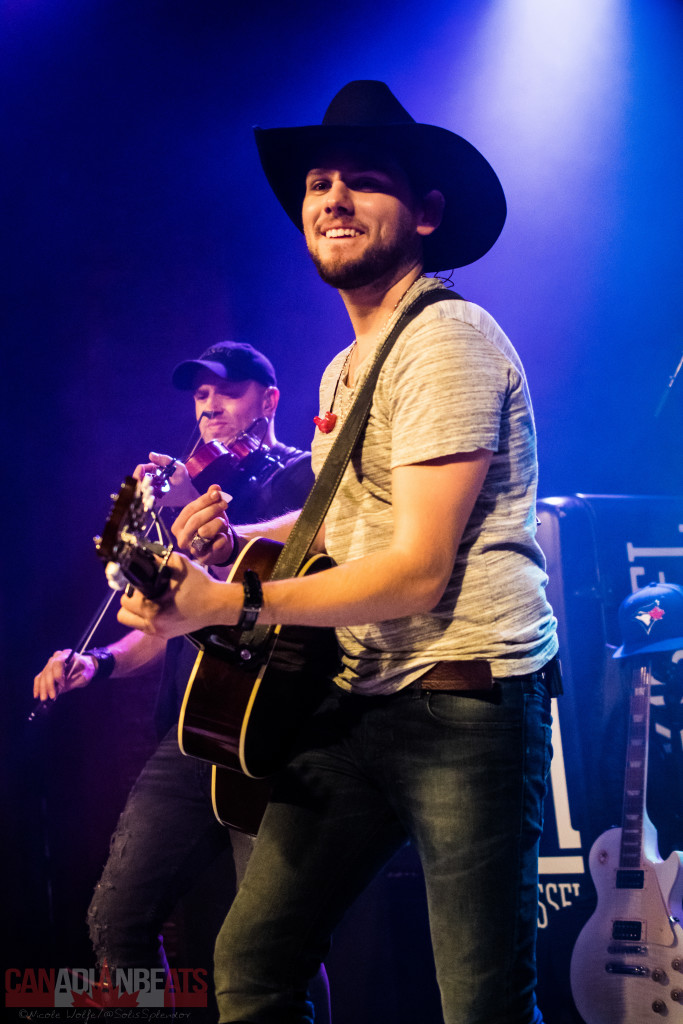 For many more photos from The Airwaves Tour in Barrie, head to our Facebook page!