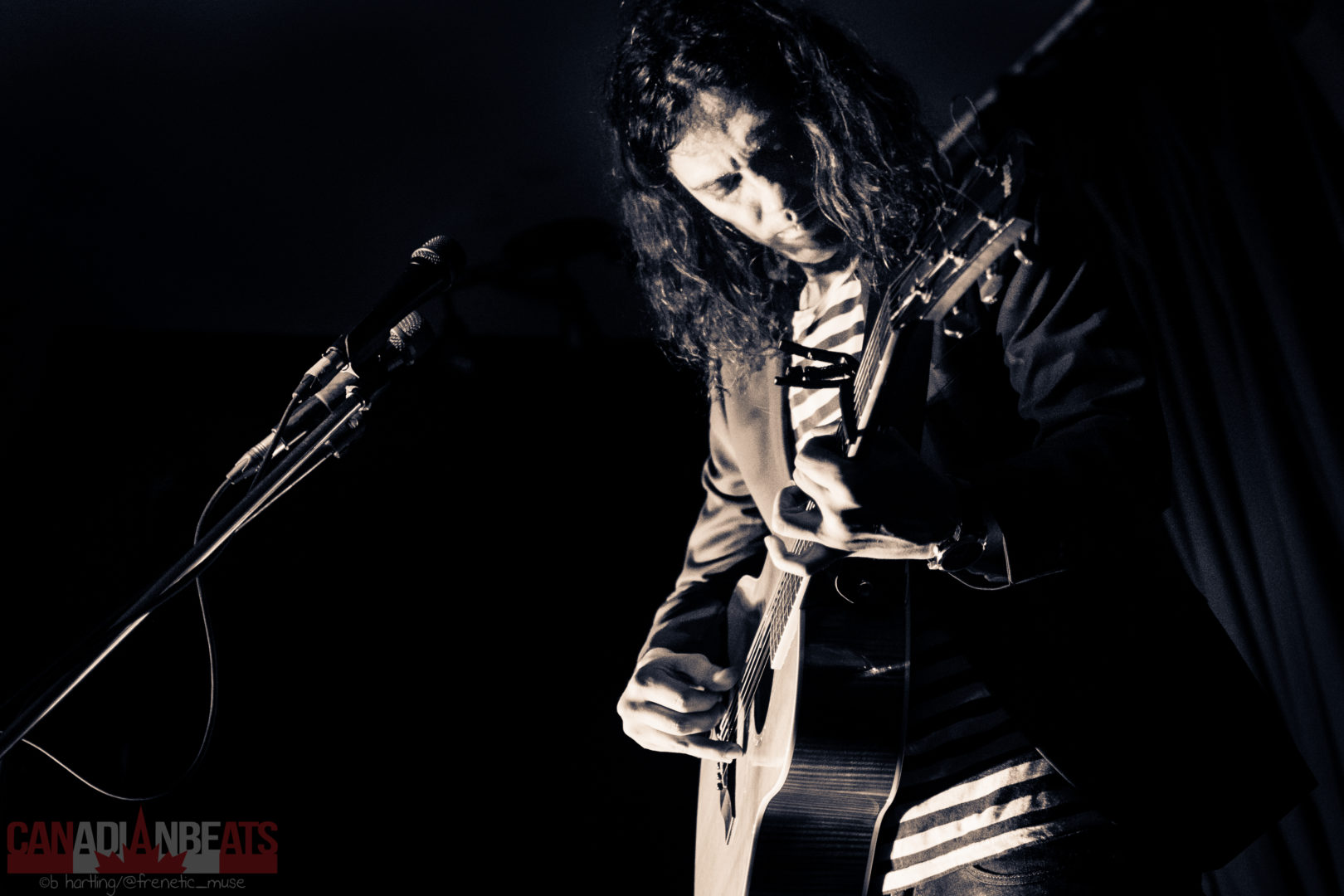 Fredericton singer songwriter Andy Brown finished off the Canadian leg of his Season’s tour in Moncton Sunday night, playing to an enthusiastic Plan b crowd before heading off for his first European tour. Delivering a set filled with an assortment of tracks from the new album as well as plenty of favourites from his previous releases, Brown’s haunting tenor voice filled the venue, accompanied only by his acoustic guitar for one of the finest examples of a folk performance one could hope to ask for. Andy proved to be an extremely charming host as well as a tremendously talented musician as he chatted with the audience between songs and gave context and insight into his art through anecdotes throughout the evening. 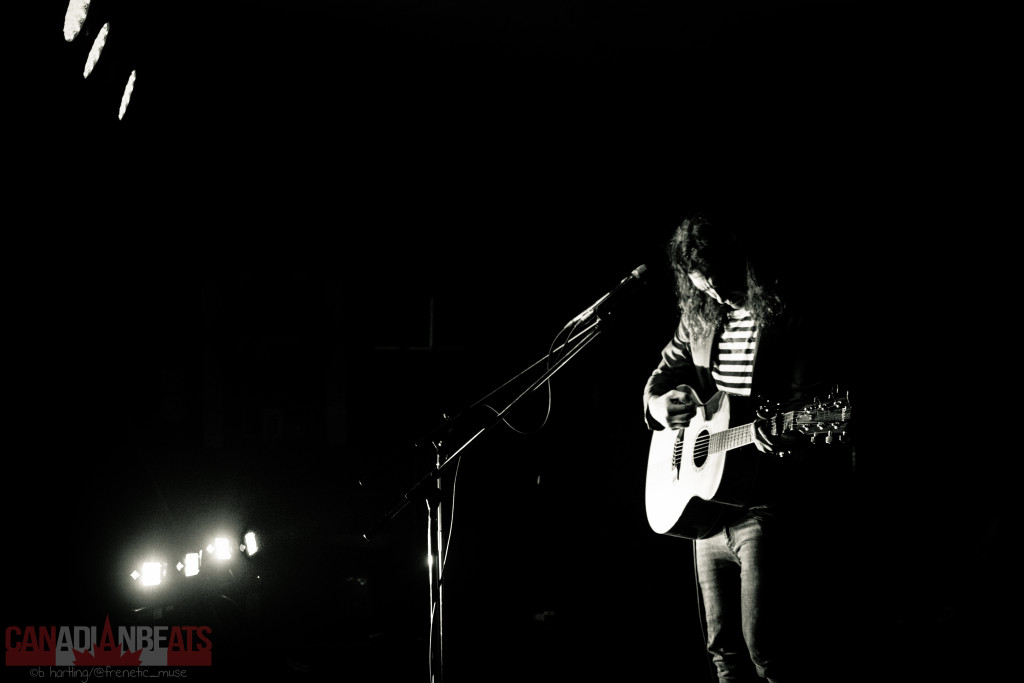 Full disclosure: I am perhaps ill qualified to write this show review, as I have been in love with Andy’s music since I first happened across Ashes on soundcloud.com six years ago, and have somehow managed to miss every chance to see him perform live since that time despite living only an hour and a half from his hometown. As such I apologize if I am less than objective in my review, though in all honesty I find it difficult to believe anyone could possibly sit through one of his performances and be not only completely won over, but also left with as positive an impression as I was.  Having waited six years for this opportunity, expectations had a chance to get so high that they could easily have not been met once he hit the stage; instead they were more than surpassed. 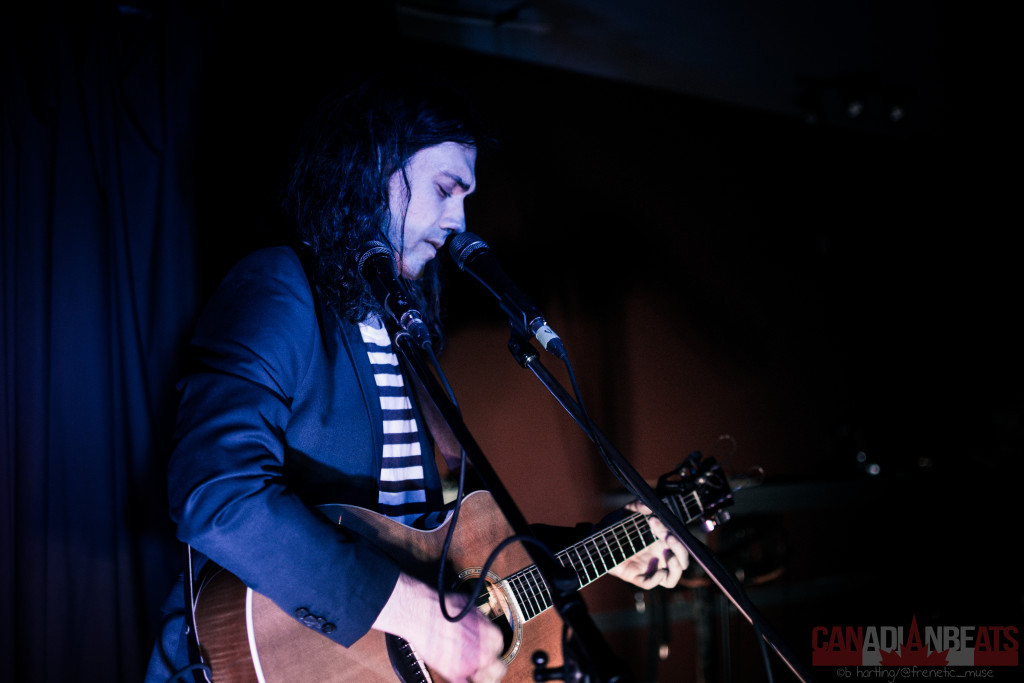 Where many artists rely on dramatic stage performances to captivate an audience, Andy Brown has no need to be flashy or overly exuberant on stage, with songwriting of his caliber he is able to rely on the strength of his story telling through prose like lyrics. The full effect of which was on display during his performance of Seasons, the title track from his newest album, which he described as an ode to the love shared between Johnny Cash and June Carter. The vocals at times breathless, at other times almost a plaintiff wail, yet always sweet and clear and able to evoke both emotion and goose bumps. More than just an incredible voice, Andy’s guitar playing on this song was just as heartbreaking and being a huge Johnny Cash fan myself, it found me more than once closing my eyes trying to fight getting overly emotional. 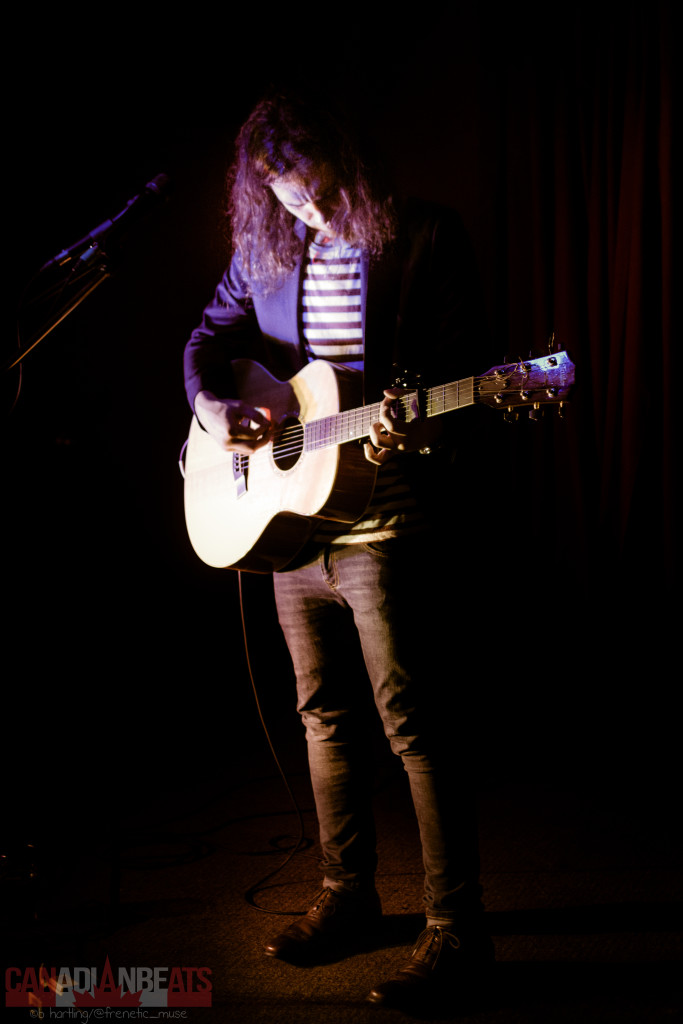 One of the things I’ve always enjoyed about Brown’s lyrics is his tendency to refer back to other songs he’s written, tying his work together in ways which many artists do not, he does this again with his next single Paris Sky. I couldn’t help but smile myself when I saw the grins on the audience members as he sang “Cuz I turned to rust in search of my Tinman heart”, a reference to the title of his sophomore release and its title track, knowing they picked up on it as well. With each song he was met with applause from an appreciative audience meeting it each time with humility and graciousness that not only belies his Maritime upbringing but will surely warm him to fans during his upcoming UK dates.

Though I was a touch disappointed that Ashes was not included amongst his older work for this set, he more than made up for it with the inclusion of False Alarm’s Adeline and Crazy as well as Happiness and Tinman (from the afore mentioned release of the same name) in a set heavy with songs from the new album, all of which were well received. Though some may say that a live folk performance is far from riveting, being just ‘a guy and his guitar’, Andy proved that this is far from the case with his ability to keep all eyes on him as he both broke our hearts and left us longing for his return sooner rather than later. 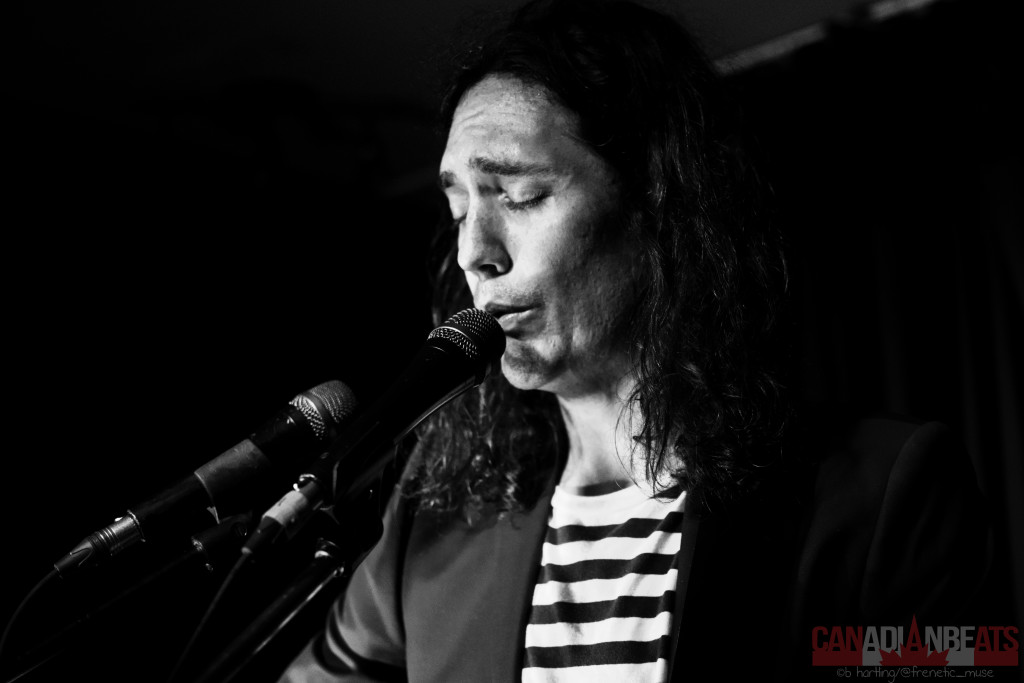 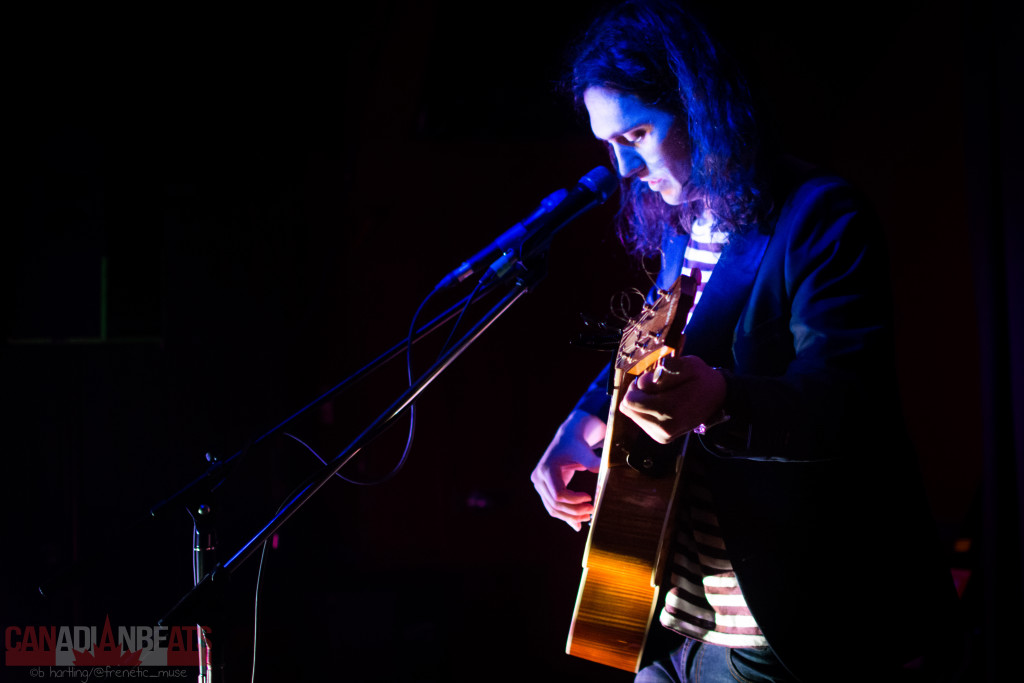 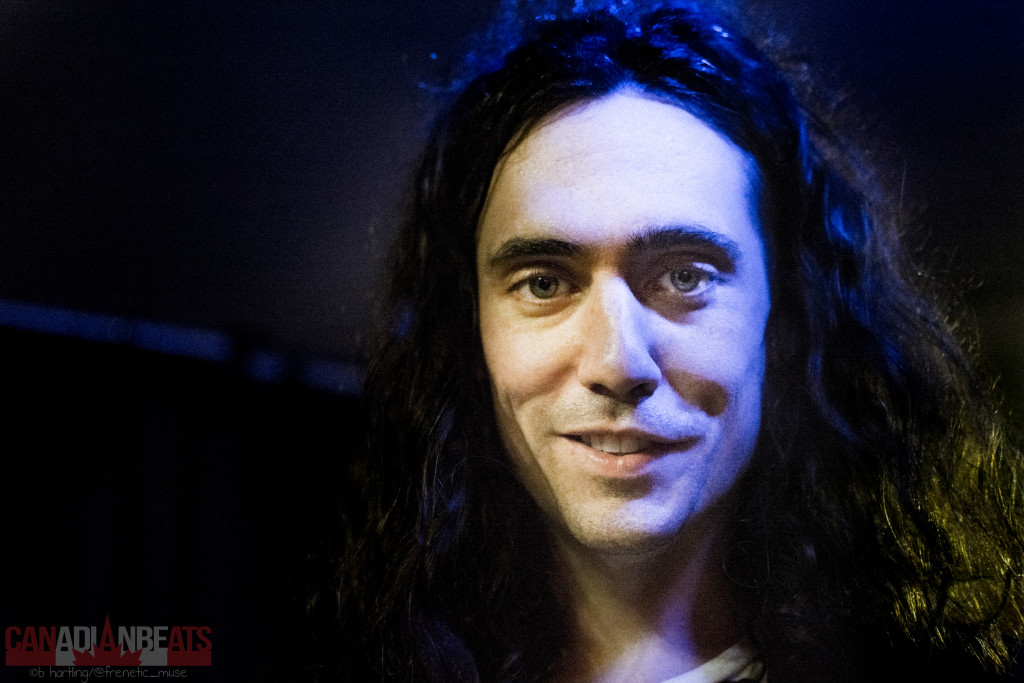