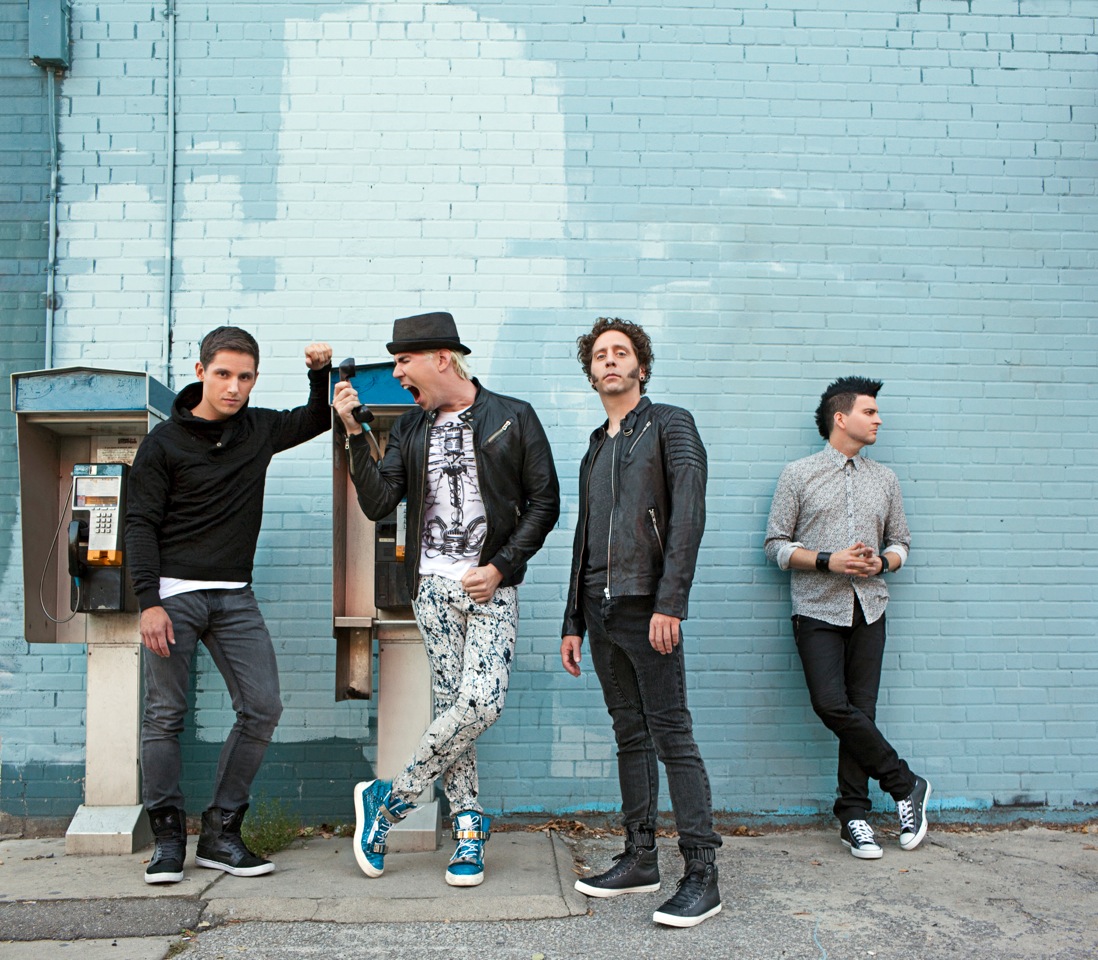 One of Canada’s favourite bands Marianas Trench has finally come back on the music scene with their new album, ‘Astoria’, released October 23rd via 604 Records. We had a chance to catch up with Matt Webb again in this interview shortly after ‘Astoria’ was released and asked a few questions about the album, upcoming tour plans, and more. Be sure to check out our previous interview with Matt and follow Marianas Trench on social media do you don’t miss anything they may be up to.

Since we last spoke you’ve completed your American and Canadian summer tours and are now about to head out on another American tour. Now that you’re playing more new material, what do you think your favourite song to play live will be?

Matt here again – My current faves are Burning Up and End Of An Era, although with so many new songs to choose from, it’s difficult to pick a favourite.

Are there any of the songs that were hard to learn how to play live?

Yeah, all of them!

Do you think it will be hard to play some of the songs off of ‘Astoria’ live night after night when some of them have such heavy emotional content?

Absolutely. Josh sings straight from the heart. Performances of darker themed songs are always emotionally fatiguing. There are a few tracks on this record that we may never actually play live, but we’ll see…

If you had to guess the fan favourite off of the album, what do you think it will be?

How did you manage to put in so many references to your older songs and other artists in your songs, particularly “Dearly Departed” and “End of an Era”?

What are some references your fans may not notice?

There are plenty of nods to The Police, Eurythmics, Michael Jackson, Huey Lewis, and many more of our favourite artists. See if you can spot ’em!

What can your fans expect on your upcoming tour?

Can we get a hint of what your set list is going to be?

I would tell you, but then I would have to kill you.

Can you tell us what other singles/videos are going to come off of the album?

Unsure at this point, any suggestions?

How do you decide which songs get turned into singles or not?

Generally a group decision between the band, record label and our fans.

When can we expect the video for “One Love”?

We’re embarking on a month long tour in the USA beginning November 2 in Portland. There are plenty more USA and Canadian dates to be announced soon! So that means lots of rehearsing and enjoying our last few days at home.

Well, Astoria literally came out 12 hours ago and I cannot believe the overwhelming response from our fans. My phone is blowing up, our social media, emails, it’s nutso! We’re so grateful to have such supportive, patient, and loving fans. We certainly wouldn’t be here without you and can’t thank you enough for sticking with us.