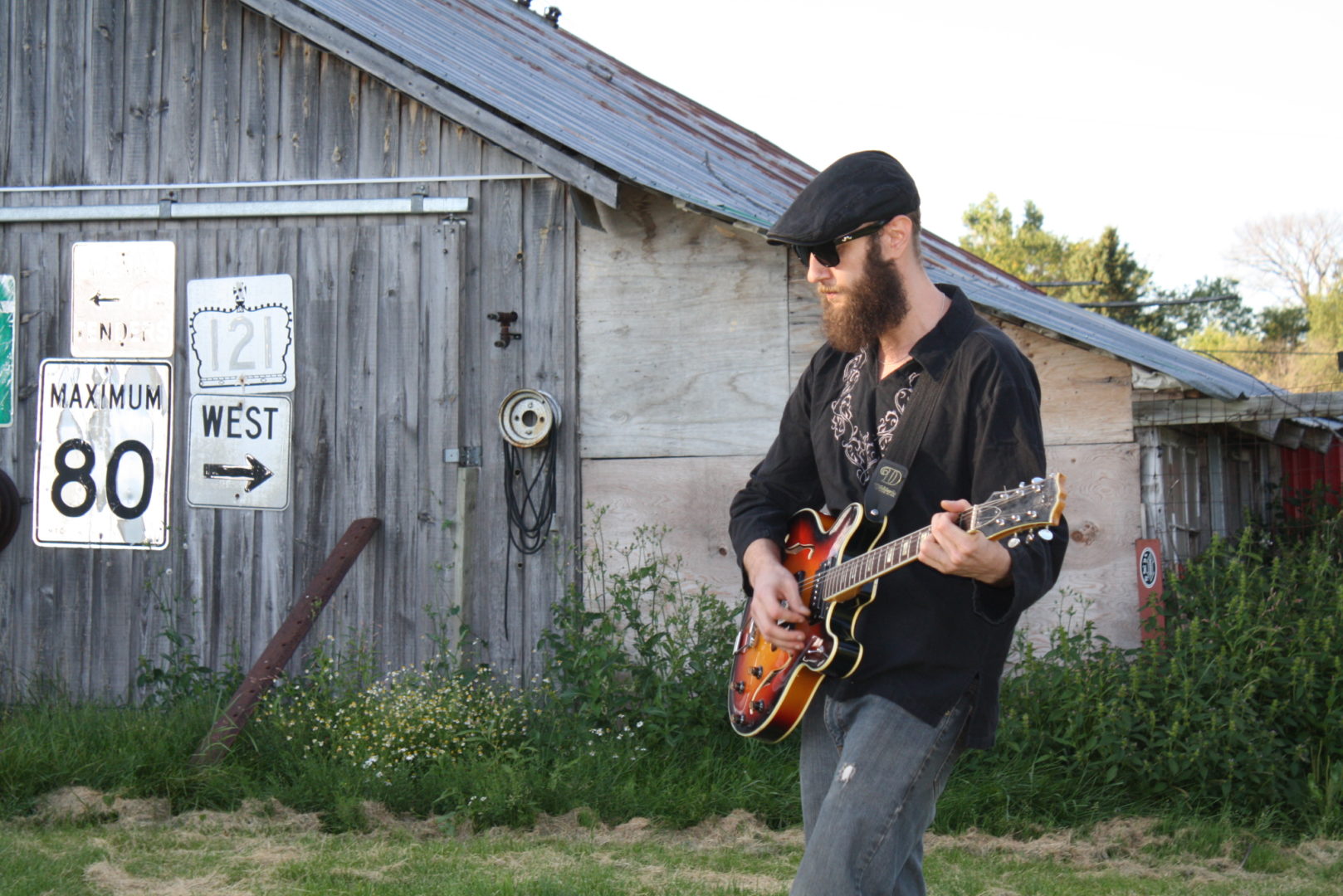 Ontario based artist, Juan Barbosa has recently released a new album, “Soulbot 6000” which has been loosely described as a concept album, and is definitely an album that I would recommend you all check out, you can see my review HERE! I had the chance to ask him a series of questions, and now you have the chance to see what he had to say!

You can also check out the Soundcloud below to get a taste of what “Soulbot 6000” is all about:

When did you decide you were going to pursue music?

I can’t really remember when it wasn’t a goal of mine, but it became very serious the day my father died. He made me promise to never stop playing music and it’s a promise I intend on keeping.

You recently released your new album, “Soulbot 6000”, how did you come up for the concept of this album?

I came up with the concept after watching Terminator 2 late at night and imagining what it would be like if a cyborg was sent back to save the future of music rather than the human race itself.

I must say that the cover art for “Soulbot 6000” is amazing; can you tell us more about that?

My ex-girlfriend Daniela Bajec created that art based on my concept and the idea of a multi-instrumentalist half man, half machine. She did a fantastic job and I am very grateful for that. Her children Elijah and Noah (both comic book enthusiasts) also helped by contributing their ideas which resulted in something both fun and artistically deep.

Can you explain your writing process?

Always rhythm first! I have a sort of backward process. Most artists I know write the lyrics first, then the chord progression with the rhythm section last. I almost always start a track with drums and bass, somewhat like a hip-hop producer, which gives me the freedom to be more creative with my guitar playing as it has a solid foundation already and therefore is not restrained in any way. Lyrics and vocals are always last. I tend to let the feel of the music dictate the lyrics I write. All that being said, every sound on Soulbot was played by either a guitar, a bass or drums and all by me. There are no samples or loops except in the interludes. This approach to creating crazy sounds with real instruments was somewhat inspired by Tom Morello of Rage Against The Machine/Audioslave.

Where do you find your inspiration when writing songs?

Anywhere I can. It’s basically limitless. Could be a conversation with a friend, a life experience or even something I saw in a movie (“It’s All Good” was written after watching the original Blues Brothers Movie and inspired me to capture that old soul/R&B feel)

What was the highlight of recording this album?

Believe it or not, it was recording the interludes! I had so much fun making myself into a robot character and acting out the parts. I had a blast and there were so many hilarious moments reading those lines.

When can fans expect a tour from you?

Very soon! Tour dates will be announced on the website www.juanbarbosa.com

Energetic. I tend to be a bit shy and reserved when not onstage. But once I’m up there I explode. I am just as invested in giving the crowd an exciting show visually as I am in performing perfectly. Maybe even more. I would rather see an artist put his all into a show and leave it all onstage than see one stand perfectly still and nail every chord/note. I think most crowds feel the same.

Right now I am whipping a new band into shape to get ready for a tour. We plan to attack the blues festival circuit and then I will be working on my next album which will (more or less) be a prelude to Soulbot 6000 (or a sequel… depending on what time period you’re from!)

Canadian Beats is all about Canadian music, so I have to ask, who are your current favourite Canadian bands/ artists?

My musical taste is very old school despite my sound. I still dig the hell out of David Wilcox. But for current bands I love “The Food” from Vancouver. They’re a 9 piece modern funk band. I also love Amber Bromby from Ottawa and Suns of Blindness, which is a project including members of Tokyo Police Club that I’ve had the pleasure of working with recently. I am currently working with a man named Jamie Oppenheimer who is one of the most versatile songwriters I’ve ever met.

Woodstock 99… That was a hell of a start! Especially the fires at the end. That **** was scary lol.

Were you able to attend any festivals throughout the summer months? Who did you see?

Sadly I was locked away in my studio all summer.

Oh geez… too bad they cancelled Star Trek years ago! I don’t really watch much modern tv. Hard to say where my funky modern blues would fit. I’ve always been a huge South Park fan though so I will go with that.

What is your favourite outdoors activity?

Archery. Nothing clears my mind more effectively than releasing an arrow. I use it as a focus exercise when needed. Especially when I’m working.

What is your current go-to song when you need a lift?

Love & Pride from Soulbot. Not because I’m trying to lift my ego. Simply because that’s what I wrote it for. That and Christine Heron’s voice always makes me glow. She’s brilliant.

Thank you for being you and don’t ever change!