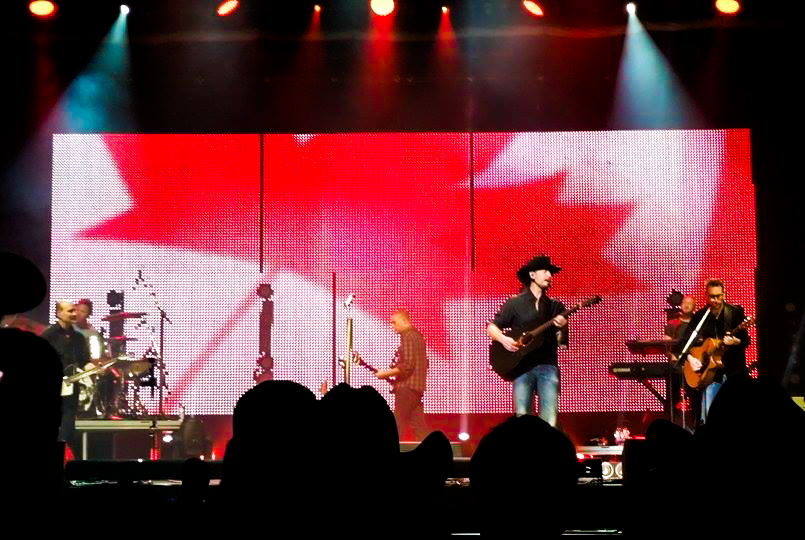 Finding out that Dean Brody was coming back to Kingston, Ontario was a very exciting day for me and my father who loves country music. I, of course got tickets to the show and waited many months for the day to come.

The show started at around 7:00pm with first act being by the very talented artist Madeline Merlo. She sang many of her hit songs and had amazing stage presence. Not knowing much about her beforehand, I was very surprised by the sheer talent she held. I enjoyed her set and found myself wanting to see more of her. She closed her set with her newest single ‘Honey Jack’ which I now find myself listening to all the time since the show. 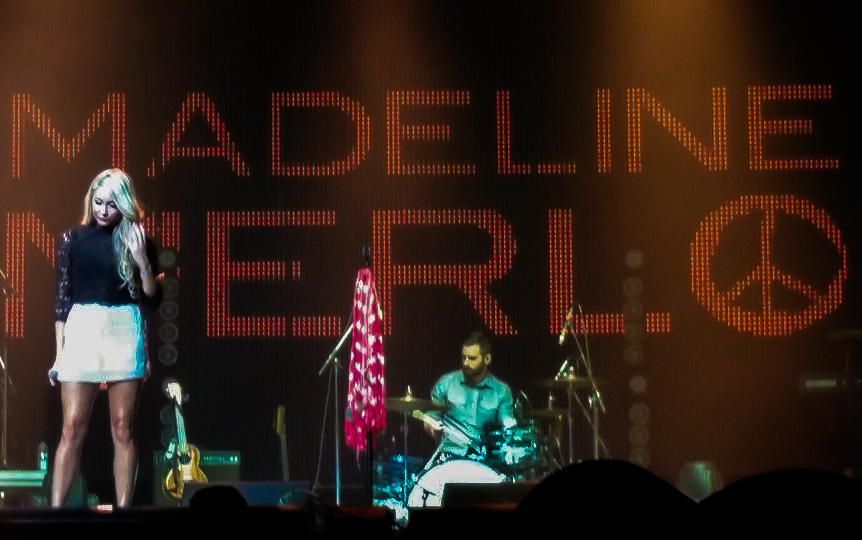 The second act was Paul Brandt, his set started at around 8:00pm. Paul opened his set with his song ‘I’m An Open Road’ which made the crowd get up off their feet. During the first two songs they released beach balls and blow up yellow duck balls into the crowd which was fun to watch and added a more entertaining environment. Again I am not familiar with Paul’s work and only hearing a handful of his songs while driving with my father I didn’t know what the song titles were and only just recognized the songs.  The songs I did know that Paul preformed was ‘Team Canada Song’ (which was sung with a full Canadian themed background and Paul waving around a giant Canadian Flag),’ Alberta Bound’ and My Heart Has A History’. My favorite song that Paul Brandt preformed was ‘Convoy’ where a giant blown up yellow duck came out to the crowd. Paul Brandt is now one of my top favorite country artists and I would love to see him live again. 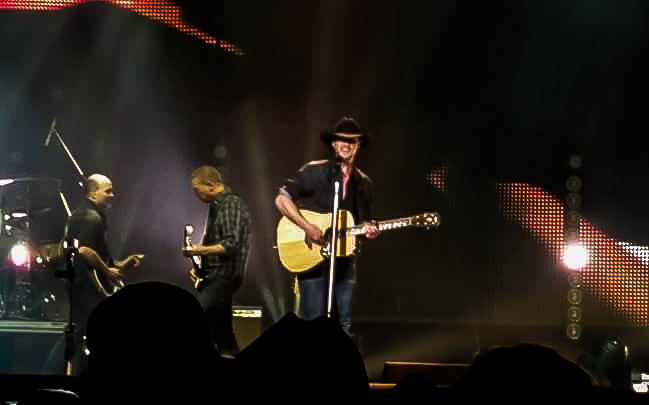 Finally, it was time for Dean Brody to hit the stage at 9:00pm. Dean started with a newer song of his that I cannot recall the name of. His stage was set up as a Gypsy style that went along with his newest released album Gypsy Road released at the beginning of the year. Dean Brody sounded exactly the same live as he does on his recorded albums which was amazing to hear. Dean preformed a lot of his newer songs such as ‘Bring Down The House’, ‘Crop Circles’, and ‘It’s Friday’. I loved watching Dean Brody perform in front of a huge crowd that radiated high energy. Dean and Paul partnered up to perform a song together during the show which the crowd and myself all went crazy for. The highlight of Dean Brody’s set was when he pulled out a chainsaw and swung it around the stage and also when he preformed Canadian Girls because I love that song. 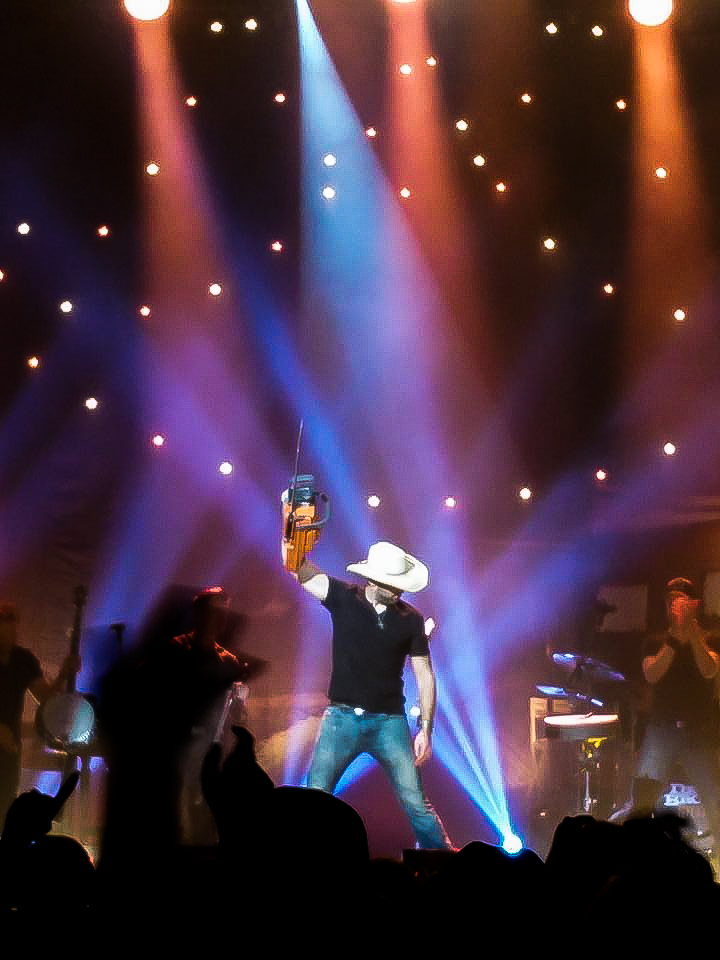 Overall the Dean Brody and Paul Brandt Road Trip Tour was very entertaining and I would go again given the chance. If any of the artists come close again that is where you will find me.