By Jordyn Armstrong on October 25, 2015@jordynhannah95 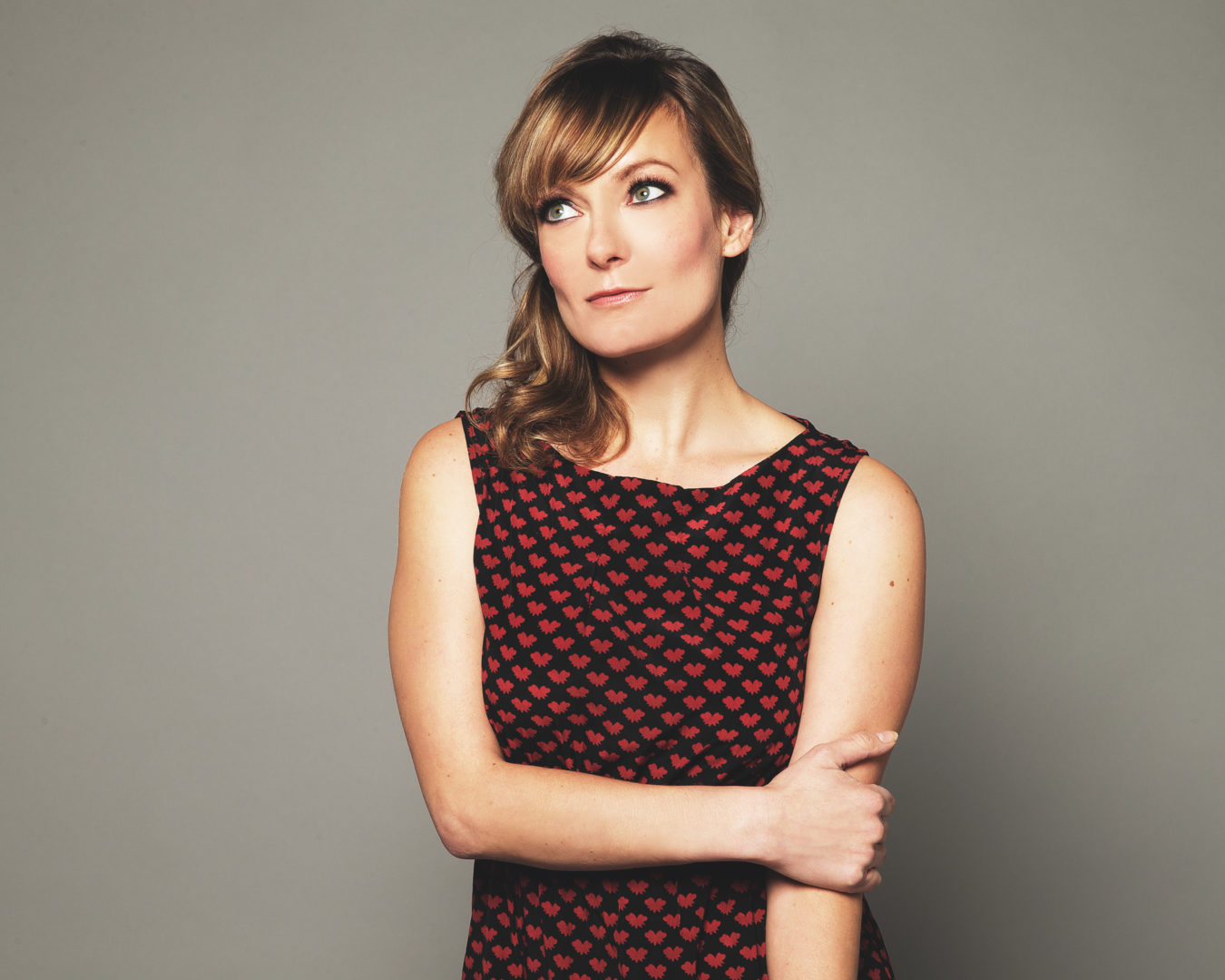 Melissa Lauren is a Toronto-based jazz-pop singer. She has a busy end to 2015 coming up as her third release is set to drop on October 27 and a tour to begin in November. The album is called Your Mess and is said to be a more edgy, mature, and emotion-filled packed album. We had the chance to interview Melissa Lauren, so check it out to find out more!

How would you describe the process of making “Your Mess”?

It was a rollercoaster to say the least.  There was a lot of personal change from the beginning of the writing of the first song to today.  And somehow, strangely, the songs are representative of this.  Almost a weird foreshadowing!  Writing the tunes with my writing partner at the time was both exciting and tormenting.  Then, once the tunes were made and we let the band loose on them, everything really started to come alive.

How did it differ from your other two releases?

On this album I took on the roll of producer myself, so that was a huge step for me.  In addition, since I had more of a relationship with my band this time around, there was a lot more of a collaborative feel going into the studio, and we were performing live together a whole lot more.  My first release (which wasn’t really released, more of an baby album to be sold off stages) was all standards.  The Other Side was maybe a bit more gentle and sweet? Still honest, but I think this new record is way more honest.  It deals with a lot of real stuff I was going through, but in an almost theatrical, over-the- top, storytelling way.

What was the biggest influence behind the album, and what can listeners take away from it?

I think every time I write a collection of songs, it’s me making sense of what is going on at the time, for me, but also for others close to me.  I try to then create a story that can be transferable to people of all walks of life.  I was still processing some change when I wrote some of these songs, processing new love, saying goodbye to old love, transitions…these things can be felt on many different levels, romantic love, family, life, death, someone’s home no longer being their home, country no longer being their country.  For me these cycles seem to repeat themselves.  Hopefully listeners can take away pieces of stories that are relatable.

How would you describe your growth as an artist?

Well, I think I’ve been learning a lot from the musicians around me and with whom I’ve had the pleasure of working with.  The more comfortable I’ve become, the more willing I am to ask questions, a cycle that kind of keeps feeding itself.  I think as a lyricist I’m learning to say what I want to say in a more concise way, I’m hoping my storytelling skills have improved.  I would like to be able to play with space more, and not being shy of making mistakes and improvising a little more in live shows.

Did you do anything special to boost the release of Your Mess?

Well other than the usual reaching out to radio, media, and planning a kick-ass release show …I’ve been debuting a “song-of-the-week-before-the-release” via social media.  I’m also going on out a western Canadian tour in November and reaching out to other parts of the world.  Next steps will be some killer videos!

What song are you most excited for fans to hear from the album?

That’s tricky!  I love them all for different reasons, some for groove and what an amazing job the band did (“The Wind” for example, has some amazing percussion layers and is pretty fun on the chorus.)  But some of the ballads like “End of The World” I’m hoping will hit people in the chest.   J  “Your Mess” of course, as it is the most raw and representative of a lot of what I was going through.

Can you tell us a bit about what fans can expect from your tour?

The tour will be a blast.  The shows will be in slightly different formats each time, with different forms of the band, sometimes with drums, sometimes with just trio, sometimes duo.  So that will change up the texture and intimacy level for sure.  It will feature songs from the album of course, but also new songs and repertoire I’ve been trying…as part of the process of moving on…

Do you have any plans on bringing shows to the east coast?

I would love to go to the East Coast!  They don’t have as set of a jazz scene there (in terms of societies and presenters), but that would be all the more reason to go as I’m growing and crossing over into more pop genres.  I lived in Newfoundland for a few years when I was young and my partner is from Nova Scotia, so it would be great to head out there and play.

Well…I’m having a baby in January so that will change some things!  I plan on continuing to write, and further expand my music and shows into different types of venues.  Europe has been a big goal for me so I’m really going to try my best to make that happen next year too.

As part of a Canadian Beats tradition, we like to ask some fun questions. Here we go:

What is your favourite song by a Canadian?

“Hallelujah” by Leonard Cohen probably.  I know it’s been covered by everyone and their brother, but the lyrics…

What is your favourite social media outlet?

Facebook I guess because it links to all the others.  But so addictive and time wasty..

What other things are you interested in outside of music?

Dancing!  Watching dancing and dancing myself.  I used to do a lot more when I was young.  Reading, movies, lately into cooking, wine (not right now obviously.)  I pretend to be into exercise and I do it, but really I don’t enjoy it.  Ha.

And lastly, would you like to say anything else to your fans?

Let me know what you think of the album!  It’s always great to get feedback to see what people are looking for in music, what they relate to, what moves them or doesn’t.  Share wildly if you like it!  And thanks a million.