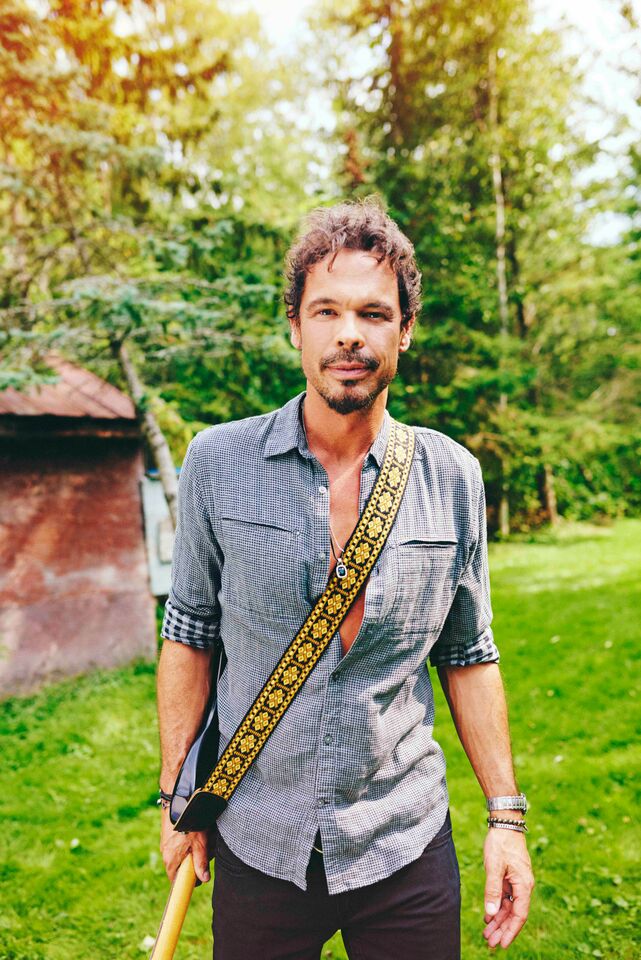 Ian Fletcher Thornley is no stranger to the music business. As front-man and guitarist of the multi platinum band Big Wreck and a successful solo career in Thornley, Ian is set to release yet another solo project sure to remind us just how talented he is. Ian is releasing an acoustic debut solo album entitled “Secrets” on Oct. 30th and took the time to catch up with Canadian Beats to discuss the release and what’s next in his ️busy career.

“Secrets” is said to “reveal a previously untapped well of emotional depth” to your writing. Tell me about your writing process and how it differs with a project like “Secrets”.

Writing ‘Secrets’ was something that ended up taking me out of my comfort zone for a number of reasons. Some of the songs were songs I had written many years ago, and some were written specifically for this record, and either way the end result came from an emotional well that I had never previously tapped into.  I am going through a big life change and have been for the past year or so, which really opened up a lot of doors emotionally for me, and allowed me to really delve deep into this avenue of songwriting.

Speaking of secrets, what do you think is the secret to having a successful solo career so different from the sound you are known for?

I don’t know the secret to that just yet! Success to me is being able to work with people that inspire me, and do any kind of music I want to do, with the ability to release it for whoever wants to hear it. So this record to me is already as successful as I could have hoped.

What was it like working with Mark Howard on this record, and what do you think he added to the album?

There is a thing, a bag of tricks really, that Mark does that no one else can do. Many people have tried, and come close for sure, but no one can really touch that signature Mark Howard sound and feeling. He definitely had the ability to take me out of my comfort zone and produce a beautiful record I can say I am proud of.

What do you think are the biggest challenges of recording a solo project vs. a Big Wreck album?

I think the biggest challenge was taking myself out of the mindset of what I would typically do when doing a Big Wreck record, or a Thornley record. My knee jerk reaction in the studio can be to want to overdub, or add more guitars, etc. but with this record that wasn’t really an option. The beauty in this record can come from the imperfections you can hear. Most of the vocals aren’t autotuned, and we used the best take for the emotion behind it, regardless if I thought the singing was ‘perfect’ or not. On a lot of songs, we didn’t use a click track, so if you pay close attention you can feel the song swell or slow. Sometimes a chair squeaks in the background. Things like that make the record beautiful in my mind. That was a whole new process for me to wrap my head around, but incredibly rewarding.

What can we expect next from Ian Fletcher Thornley as a solo artist?

Touring etc. I have a few tour dates that were just announced in Ontario and Quebec coming up this December. We are looking at getting out on a full tour early next Spring as well.

Here at Canadian Beats we like to include a “just for fun” portion to help your fans get to know you better, Ready!?

What was the last record you purchased?

Hmmmmm actually it was Alain Johannes’ most recent record Fragments and Wholes.

I am one hell of a dancer.

If you weren’t doing music what do you think you would be doing?

I honestly can’t fathom not doing music, I’ve been doing it my entire life.

What do you think your fans would be surprised to learn about you?

I’m a sucker for a good RomCom flick.

And last but not least, do you have anything you would like to say to your fans?

Thank you for being so supportive with this solo project. It means the world to me.