By Jordyn Armstrong on October 23, 2015@jordynhannah95 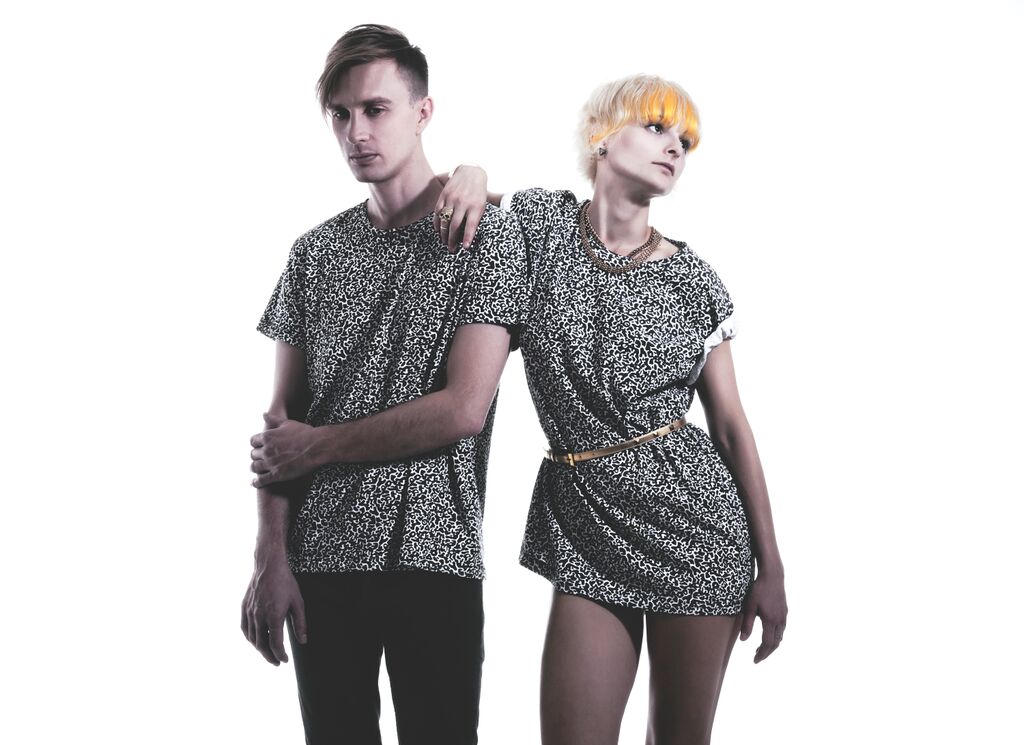 Vancouver indie-pop duo, Rococode are currently on tour in Canada and the US. On October 9th, they released their EP, ‘Panic Attack’. Andrew Braun and Laura Smith released their first album as a duo called ‘Guns, Sex and Glory’ in 2012. They built a studio in a cabin in rural BC, yet their music is very technical.  To find out more about Rococode, check out this interview.

Though your music doesn’t reflect your recording surroundings, would you say being there is a sort of influence for you?

Yes.  We started recording this record in a very isolated, off-grid cabin on the coast of BC.  It was supposed to be solar powered, but we ended up having to use a gas generator because it was too cloudy.  While the music we made there certainly isn’t rustic or organic in nature, the isolation of the surroundings certainly inspired the process and it was much different than making a record in a city, where you go home at the end of the night.  We’d wake up and track some guitars in our pyjamas, or take a break to make sure the fire was still going, or to go gather up a bucket of oysters.  We were immersed in the process completely.  Oh, and other major influences were constant fear of bears and the frustration of not being able to catch a salmon.

What are the main influences and inspiration for your music?

We love pop music and we both went to jazz school.  It’s all in there somewhere.

A lot of your music career is based in both the US and Canada. Do you find any challenges in this?

It’s ALL challenging.  We love playing shows in Canada, but it’s an exhausting place to tour.  The big drives can wear you down pretty fast.  In the US (where we are just getting a bigger push for the first time) there are so many people and so many bands that the biggest challenge is just to stand out from all the noise.

Do you find you bring a lot of your Canadian culture with you when you tour the US?

We keep a case of Aero bars in the trunk.

How would you describe your performance on stage?

It’s a little louder and more high energy than the recorded versions.  We like to walk the line between meticulously recreating the recordings while letting the songs evolve and morph over time.

How does ‘Panic Attack’ differ from your first album, in your opinion?

Panic Attack is something that happened when Rococode finally grew into itself. We took a long time, we wrote a lot of songs, and really feel like we have found our identity as a band.

What has the response been like since its release?

The release was exactly one week ago today, and so far the response has been very positive! People love a good Panic Attack. But in all seriousness, it feels great to finally have some new music out again, we hope to hit the road hard next year.

Do you already have plans for a next album?

The wheels are turning. But it’s top secret.

What are you doing after this tour?

We’re playing a small run of Western Canada in November. We’re looking forward to doing a couple of shows with friends Rah Rah and Dear Rouge and some headlining dates as well. I will likely go find some forest to melt into and Andrew will probably have nothing to do when baseball season is over. Then we’ll be gearing up for a big 2016.