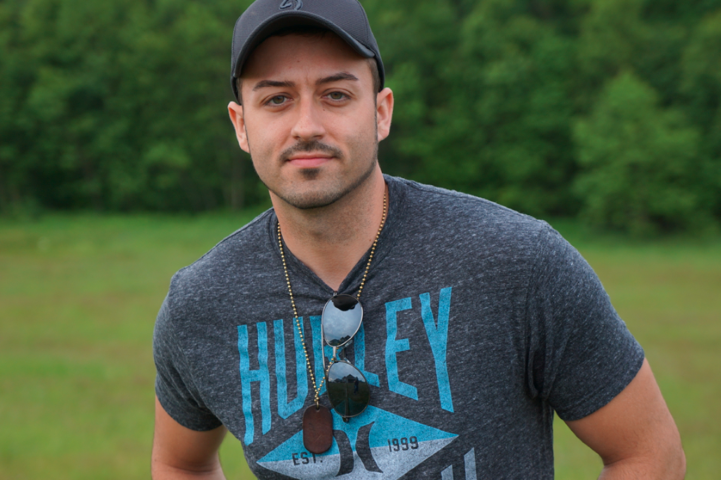 Fox Island River, NL based country artist, Jason Benoit has been very busy this year, he has recently released a new single, Cold Day Comin’ to iTunes and Country radio stations. On top of this, he was nominated as Rising Star of the Year at the CCMA Awards and is about to take off as a part of the Get A Little Crazy Tour with Tim Hicks and Cold Creek County.

When we were given the opportunity to ask Jason a few questions, we jumped at it. Now, the time has come to share it with all you fine folks!

What is your first memory of a musical nature?

Hiding behind the rocking chair at a kitchen party at my home in Newfoundland with my two brothers when we were supposed to be in bed.

What would you say has been the highlight of your music career, up until now?

Definitely landing a top 10 hit with my last single “Gone Long Gone”. It was a verification to me that this was truly what I am supposed to do.

How would you describe the Newfoundland music scene?

The music scene here in Newfoundland is mainly based in St. John’s where there is a big Celtic and Irish movement. So I kinda’ strayed off the beaten path a bit I think. But In today’s world where everyone is connected through the Internet, all genres of music are played and welcomed here, especially country music.

You recently walked the Green Carpet at the CCMA Awards, how was that experience?

It was incredible! People asking to get autographs and pictures with me and doing interviews with the media… it felt surreal. Definitely something I’ll never forget.

You also had some performances while in Halifax for the CCMA Awards, how was the response from the crowd?

Yeah, I performed at the CCMA Kitchen Party event, which was truly amazing. There were over 2,000 people there, and to hear them singing along to my music was definitely a rush! I also performed at the CCMA Industry Lunch for almost everyone in the Canadian country music scene, which was a little nerve racking but truly an amazing experience! Not many people get the opportunity to showcase their talents in front of such a high profile crowd, so I was truly blessed.

You just released a brand new single, “Cold Day Comin”, what can you tell us about this song?

Have you ever heard the saying “It’ll be a Cold day in Hell”? Well, she doesn’t realize it yet but that “Cold Day’s Comin’” when I’m going to leave her because she’s not treating me like I should be treated. Everyone deserves to be treated with respect and when someone is treated badly too many times and that line is crossed, the day of reckoning can come pretty quickly.

Will there be an official music video released for “Cold Day Coming”?

Yes! We are putting it together right now. There will be an official lyric video put up on YouTube first and then a little later in the fall we will be releasing the official music video.

When can we expect an album from you?

You will be touring with Tim Hicks & Cold Creek County on the Get A Little Crazy Tour, is there a certain stop that you’re most excited for?

Yes! London, Ontario on November 21st! Right from my first single, the guys at Country Radio, (especially Country 104) and the fans in London have been incredibly supportive and it’s always great to be able to perform for a crowd that truly believes in you and your music.

Do you have any other surprises up your sleeve regarding the near future?

I recently signed a publishing deal with Ultra Publishing International in New York City so I get to go to Nashville and start writing with some of the best writers in Country Music. You hopefully could be hearing songs I wrote or co-wrote coming from one of your favorite Nashville singers in the near future.

Canadian Beats is all about Canadian music, so of course I have to ask who your current favourite Canadian bands/ artists are?

Steven Lee Olson has an AMAZING voice. I got to perform on stage with him at the Sony showcase during Country Music Week in Halifax and he blew me away. I’m a huge fan of Tim Hicks, Cold Creek County, and Brett Kissel. Their live shows are so full of energy and they are actually really great people! Also, there’s an up and coming singer/songwriter out of New Brunswick, Tyler Deveau, who people should be keeping an eye on.

Here at Canadian Beats, we like to include a portion of questions that may help your fans learn something new about you, so here goes. What was the first concert you ever attended?

George Jones! So blessed to have been able to see him live!

What was the first song you performed in front of a crowd?

Not sure but It was probably an old sad country song.

What is your favourite outdoor activity?

Hiking the foothills of Newfoundland with my kids!

Yep. One on each arm. Left one is three gears with my wife and kids names in it. Right one is a symbolic marriage tattoo with rings, roses, and a blessing sign. My family is my life.

What is one thing that would surprise your fans to learn about you?

Finally, do you have anything you’d like to say to your fans?

I couldn’t do what I do without you so I want to say a huge “THANK YOU” for all your love and support and stay tuned because the best is yet to come!