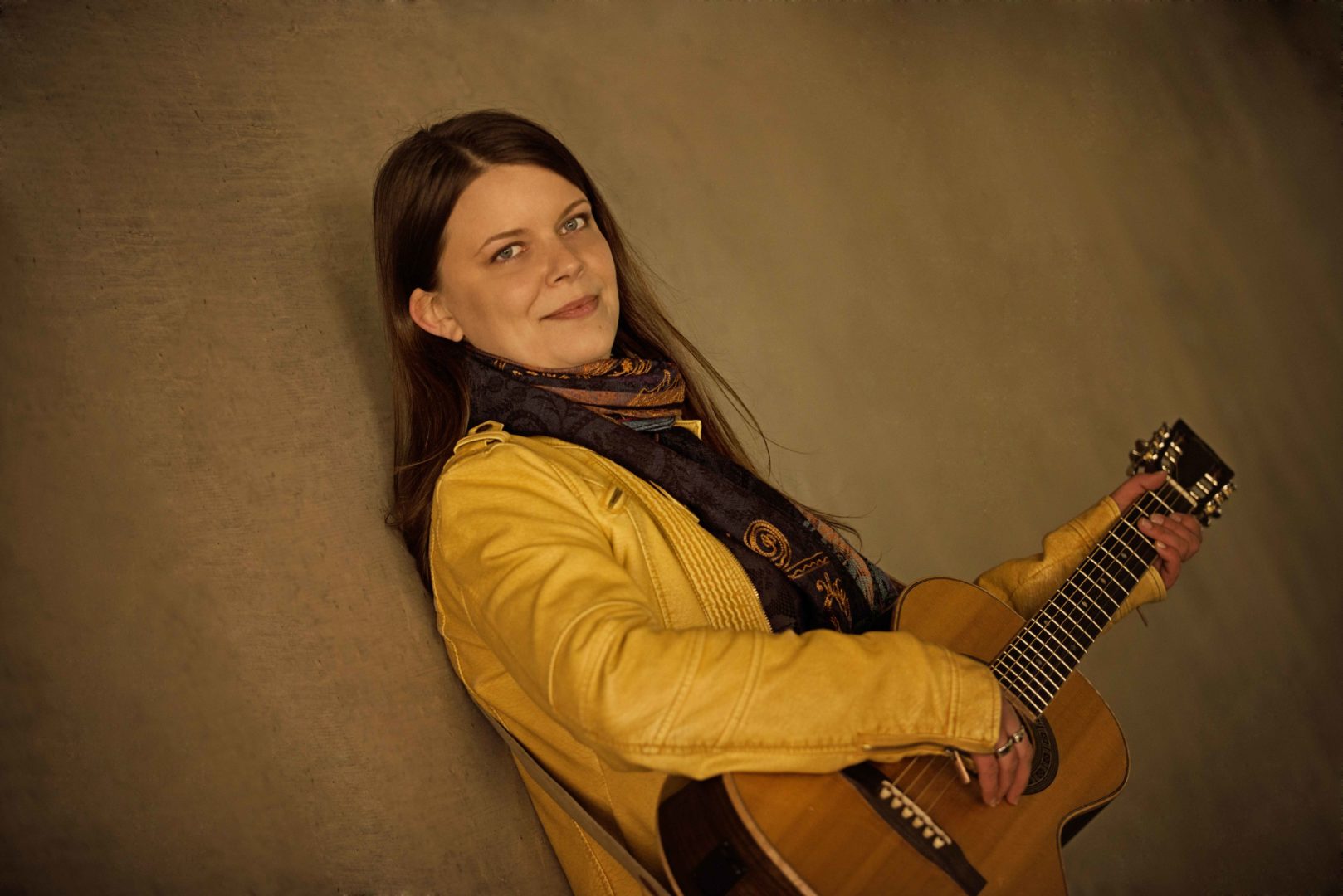 I recently had the chance to ask Saskatoon based folk artist Jen Lane a series of questions surrounding her music, her upcoming tour and much more! On top of her upcoming tour, she has just released a brand new video for her single, Shoe to her YouTube today.

Congrats on the release of your new single and video for your song “Shoe”. How has the reaction to the single been so far?

So far so good! People seem to like the fun upbeat vibe of this song. We were just on the way home from dinner today and heard it come on CBC Country on satellite radio. It was fun to hear it happen.

The video for “Shoe” is fun and quirky! What was the highlight of the video shoot for you?

I’d have to say the highlight was that it all came together. We had a lot of ideas and weren’t sure if they would all work together but we’re really happy with how it turned out. We really just had a lot of fun with it. Sort of like decades are going by and she’s still waiting and going shack wacky.

You have a new album coming out in early 2016 – is “Shoe” any indication of what fans can expect from the rest of the album?

It’s one element of what they can expect. There are certainly other quirky fun songs on the album, but Shoe is definitely the most bluegrassy of the bunch. There will also be some heavier more serious songs on the album. I am a singer songwriter after all, lol J

Other than “Shoe”, is there another song on the album that you are excited for your fans to hear and why?

The title track “This Life of Mine”. I had started it long ago and never finished it. When we arrived in Kelowna to record my album, my grandfather passed away and I knew I had to finish it. To me it’s about looking at the “crazy” in our lives in a positive light. It’s a message of thanks and optimism.

Can you tell us about the writing and recording process for the new album? Any great studio stories you can share?

So many! Too many lol. I will say that Shoe was written during a long spell on crutches in the dead of a Saskatchewan winter. My husband was on tour and I was stuck at home and watching way too much Orange is the New Black. They referred to the solitary housing unit as the shoe (SHU), and I felt a little like I was in the shoe too, so I just had fun with it.

The recording experience was great! I was supposed to go to the U.S. to do an album and it just wasn’t coming together. My husband/musical partner and I were playing at the Streaming Café in Kelowna when we were offered a band house to stay in that night. The house was on a 13-acre alpaca farm in the wilderness of the outskirts of Kelowna, and just happened to have my dream studio there. Serendipitously, the studio was open during the window that I had originally blocked to record. I called my friends John MacArthur Ellis, who is a great producer and multi-instrumentalist, and drummer Nick Stecz to see if they might happen to be available on a whim. They were, and next thing you know we were all back there making a record in this amazing place. Everyone worked so well together and we had such a great time. It was the perfect place to be while mourning the loss of my grandfather who was an artist and poet and one of my biggest supporters. I’m sure he was there in spirit through the whole thing.

Whether it’s a stripped down acoustic set or a full band, you’re going to see an honest and heartfelt performance.  Songs and stories for music lovers.

Canadian Beats is all about Canadian music, so I have to ask, who are your current favourite Canadian bands/ artists?

Currently I’m listening to a lot of Tim Bradford, Corin Raymond, Chimney Swallows, Twin Peaks, I never ever get tired of Kim Beggs, Rae Spoon is also one of my faves. They all have some unforgettable songs that I’ll always love.

Were you able to attend any festivals this past summer? Who did you see and who did you love?

We weren’t able to attend any festivals this summer but we did have a fantastic tour and hope to hit festivals with the new album next year. We did get to play a few shows with the Twin Peaks (Fort Stl John, BC). They just won a WCMA and are quite fantastic. We really enjoy them.

What was the first album you ever bought and the first concert you ever attended?

The first album I remember buying and being totally stoked about was Alanis Morissette’s Jagged Little Pill. It completely rocked my world. I literally just listened to it over and over again until I knew all the words. My friend Lindsay and I would blare it and sing the whole album as loud as we could.

What is your current go-to song when you need a lift?

Dolly Parton – Mule Skinner Blues or Wash Day Blues. I fell in love with these tunes when I found an old 8-Track at Bottega Studio. I’m totally hooked.

How many instruments do you play? Is there one you’d like to learn?

What is your first memory of performing in front of a crowd?

I learned a French lullaby in school and my mom desperately wanted me to sing it for the family one day at a gathering. I made my Uncle Frank video tape it, put ear plugs in, leave the room and I let him show the family while I hid. I was terrified! I still do get a little terrified, but it just means that I care about what I’m doing.

I like Instagram a lot these days as I can soup-up my pictures and link posts to my Facebook and Twitter pages. However, I have refused to update it because I don’t want to loose the borders. Give the borders back Instagram!

Can I a bit of both please? If I were forced to choose, I’d have to go with blueberry. I also think Tim Horton’s needs to bring back the blueberry fritter J

Thank You for your support! I couldn’t do any of this without you.