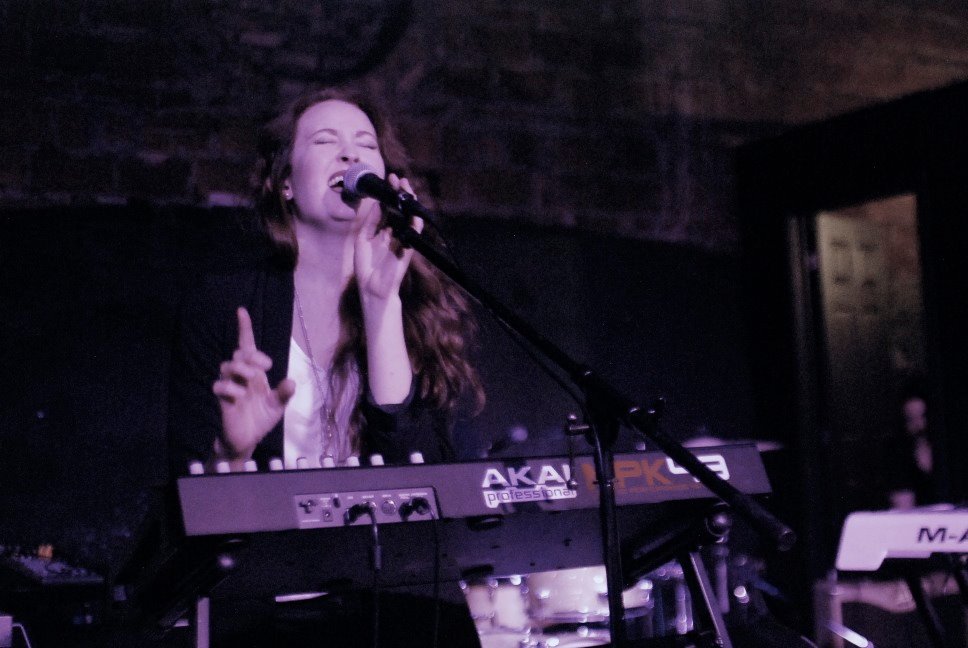 The Tourist Company is a Vancouver based alt-pop band that is turning heads and captivating audiences with their unique and creative indie tunes. We had the pleasure of chatting with them during their latest tour and got to discuss musical influences, songwriting, and the touring experience. Check it out!

Your sound has seen a dramatic shift in genre and style, can you tell me a little bit about the influences that contributed to this evolution?

Taylor: I think partially geography, like I was living in an apartment when I wrote our first album and then I moved and I had more space, time, and equipment to do something a little more expansive and I started listening to more diverse music and drew influences from different genres so I think a combination of all those things shifted us into a different direction.

Did you begin to approach songwriting in a new way after this evolution?

Taylor: Yeah I started writing a bit more for the piano, which is what I started off with, as a kid I played piano for years and kinda drifted away from it. So I went back to the possibility of picking it up and also making use of the guitar for sure.

Do you ever have any disagreements when creating new music regarding arrangements or songwriting?

Jillian: We’ve actually never had any lyrical disagreements yet but often the rest of us would give feedback after Taylor writes something, demos it and sends it out to the rest of us and we all get to have our take on it or write a part for it but we don’t really have any deal breaker disagreements. It can get heated sometimes but never to a bad place.

Do you have any songs that stand out as your favourites to perform live?

Taylor: She stole my answer, but other than that I think Apollo, which is another track off the record, is my favourite right now. It’s exciting to have new tools and stuff. It just feels larger.

What are you most excited about on your tour, or what have been the most exciting moments so far?

Jillian: I’m excited to be in Ontario. Its quite a trip to get across Canada and its been beautiful its been great weather, but now that we’re in Ontario- the fall here is gorgeous-and travelling between cities is gonna be a lot quicker.

Taylor: Yeah and we’re on tour with some friends of ours from Cam Loops, Van Damsel and they’re great to play with, great guys, and they make great music.

How have you been preparing for this tour?

Jillian: Lots of practicing, we just get a practice space and run through the set and try different live arrangements. And make a packing list! I like making lists.

Taylor: Yeah arranging the album live has been different because in the studio we use a lot of layers that we can’t use live so we have to figure out how to translate everything in order to play it at different venues.

What can fans expect from your upcoming record, which is set to release in 2016?

Jillian: Something different. A new sound that they haven’t heard from our previous albums.

Taylor: It’s more diverse. It’s got some moments that are still peppy at spots but not as much as before. There are lot more dynamic and different characters; it’s darker at times and a lot more rounded.

How has the recording process been so far?

Jillian: It’s all done! We’re in the studio back in April and since then it’s been mixed and mastered and we’re sitting on it. It’s hard, but we’re excited to release it.