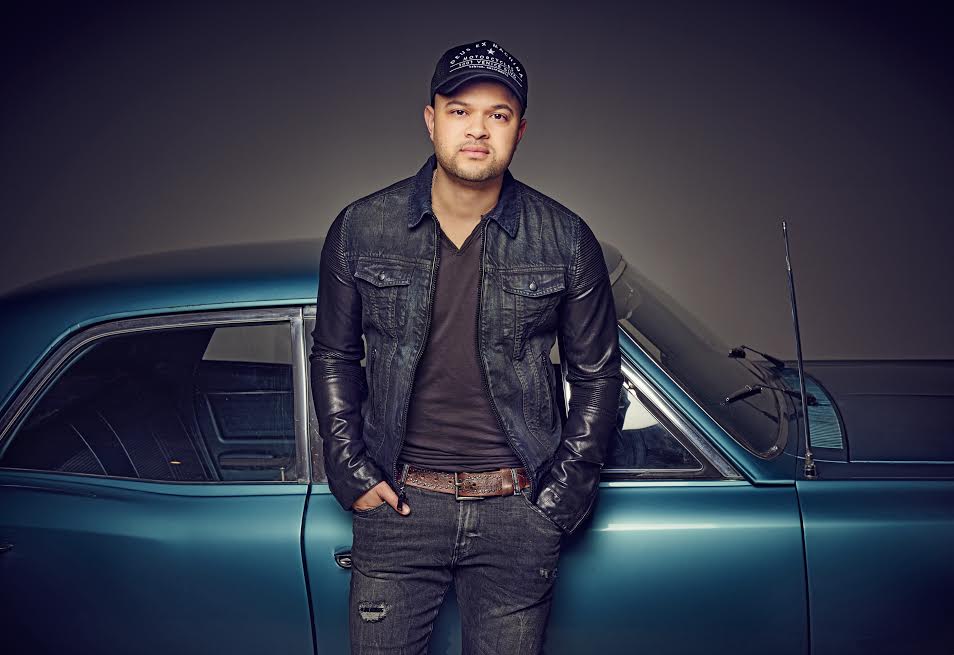 Fresh off the release of his newest single, “Jealous Of The Sun”, Tebey is about to hit the road with fellow Canadian artist, Jason Blaine, as well as James Otto. The three of them will be setting out on the “Three’s A Party Tour” on October 30th in Halifax, and ending on November 29th in Vancouver. I had the chance to catch up with Tebey and chat about his time in Halifax during the CCMA Awards, his new single, and so much more!

It was great!  We had some awesome shows and played to some large crowds.

You were at the CCMA Awards in Halifax last month, what was the highlight of your trip?

Presenting on the show was great.  But I also enjoy seeing all of my friends & peers that I don’t get to see all year long.

Were you able to get any sightseeing in? If so, what was your favourite stop?

I took a walk around the Seaport Farmers Market after my set at Fan Fest.  Loved it.

You are originally from Burlington, but now call Nashville your home, what would you say the major differences in the music scene are between the two places?

Nashville obviously has a much larger music scene, but Burlington has produced several acclaimed musicians as well.  Like Walk Off The Earth and Sarah Harmer.  The cool thing about Nashville is there’s always something going on.  A free concert here, a surprise show there.  The whole city is constantly filled with music.

You just released a brand new single, “Jealous of the Sun”, how has the response been so far?

Great!  I love that this single hits a little harder than I have in the past.  It’s got a lot of energy, which I think the fans will enjoy.

I saw on your Facebook that you are working on a video for the single, what has been the highlight of the shoot?

Yeah.  We shot the video in both Las Vegas and a small town about an hour south of Nashville called Gordonsville, TN.  My band flew down from Canada to be in it, so that was probably the highlight.

Can you tell us when we can expect a new album?

Hopefully a bunch of great songs!  I just want to better myself with every album I make.

You will be taking off on tour with Jason Blaine & James Otto for the “Three’s A Party Tour”, starting in Halifax on October 30, what can fans expect from these shows?

A heck of a good time!  We’re gonna put on a high energy 100 minute show with no intermission or breaks.  I’m really looking fwd to it.

Is there a certain stop you’re most excited about on the tour?

To be honest, I’m looking forward to playing everywhere.  Canada has some amazing country music fans, and I’m excited to meet as many as I can on this tour!

Canadian Beats is all about Canadian music, so of course I have to ask, who are you favourite Canadian bands/ artists?

I’m really diggin’ The Weekend at the moment.  The new Brett Kissel record is also great!

Garth Brooks in Hamilton Ontario.  I can’t remember the year, but it was mid 90’s.

Think back, what was the first song you ever performed live in front of a crowd?

Hmm, I couldn’t tell ya.  Probably a hymn in church.

Social media is a huge part of the music industry these days, what is your favourite social media platform?

The fan interaction.  I love getting comments & messages from fans on Twitter, Instagram and Facebook.  And I do my best to reply to as many as possible.

Since you are about to head off on tour, what is the one thing you can’t leave for tour without?

Oil of oregano!  It’s the best defence against getting sick on the road.

Sports!  Anything sports. I’m a huge English football and of course hockey fan.

Since Thanksgiving has just passed, let’s talk about that, what is your favourite part of the meal?

Thank you for all the support over the last 3 years. It definitely doesn’t go unnoticed