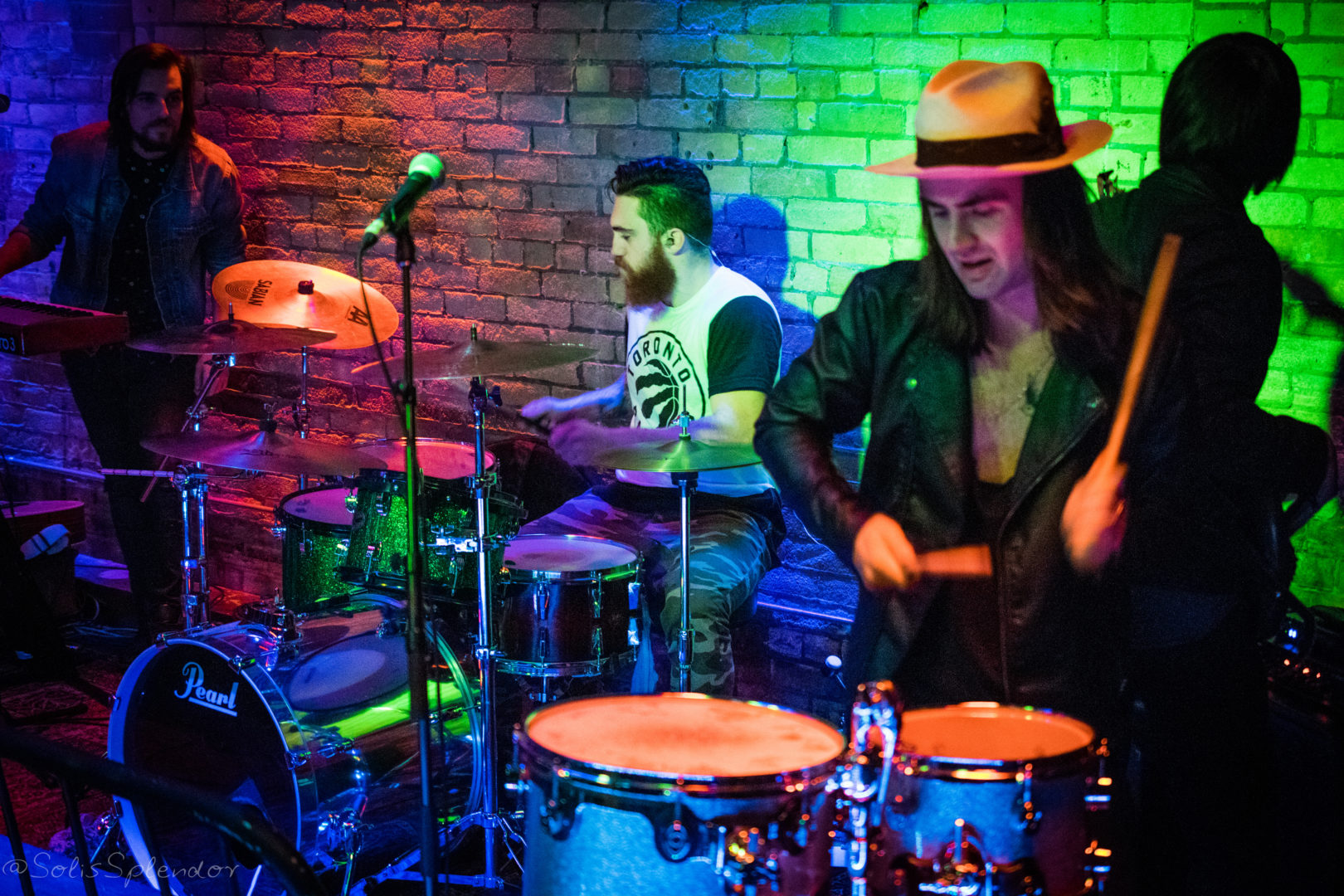 The Faceplants, from Vancouver, made good use of their time in Toronto while on their Canadian Devil in a White Dress Tour, making several appearances for Indie Week.  They were gracious enough to let me tag along with them all week to attend their performances and document their time in Toronto.  UG3 Live was one such stop on their tour.  What an amazing venue for local bands!  I was very impressed with the layout of the venue, and the design of the stage.  It is a photographer’s dream to capture artists on a well-lit stage that is not so deep that musicians get buried behind their bandmates.  The exposed brick and colourful lights made excellent backdrops for visually interesting photography.  I will definitely be watching for events to attend at this funky venue in the future.

The Faceplants played a full set, including the soon to be released single their tour is promoting – Devil in a White Dress.  In traditional Faceplant style, the bandmates performed their hearts out, pulling out all of the stops to impress the crowd.  Lead vocalist Dan Botch is a pro at interacting with the audience.  He had the crowd echoing chants and clapping along and even opened the concert with a little tribal-inspired drumming of his own.  He puts his everything into his performances and it shows how passionate he is about propelling this band to even more success in the future. 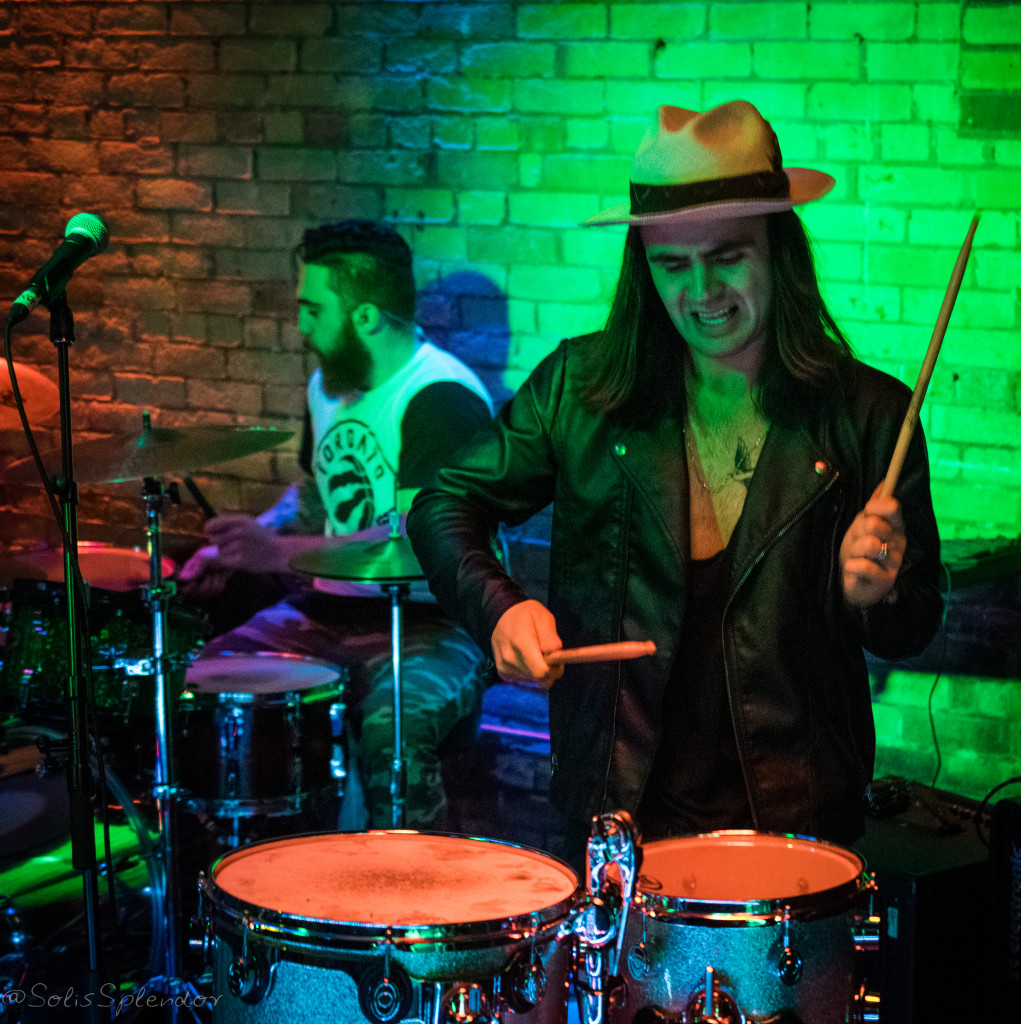 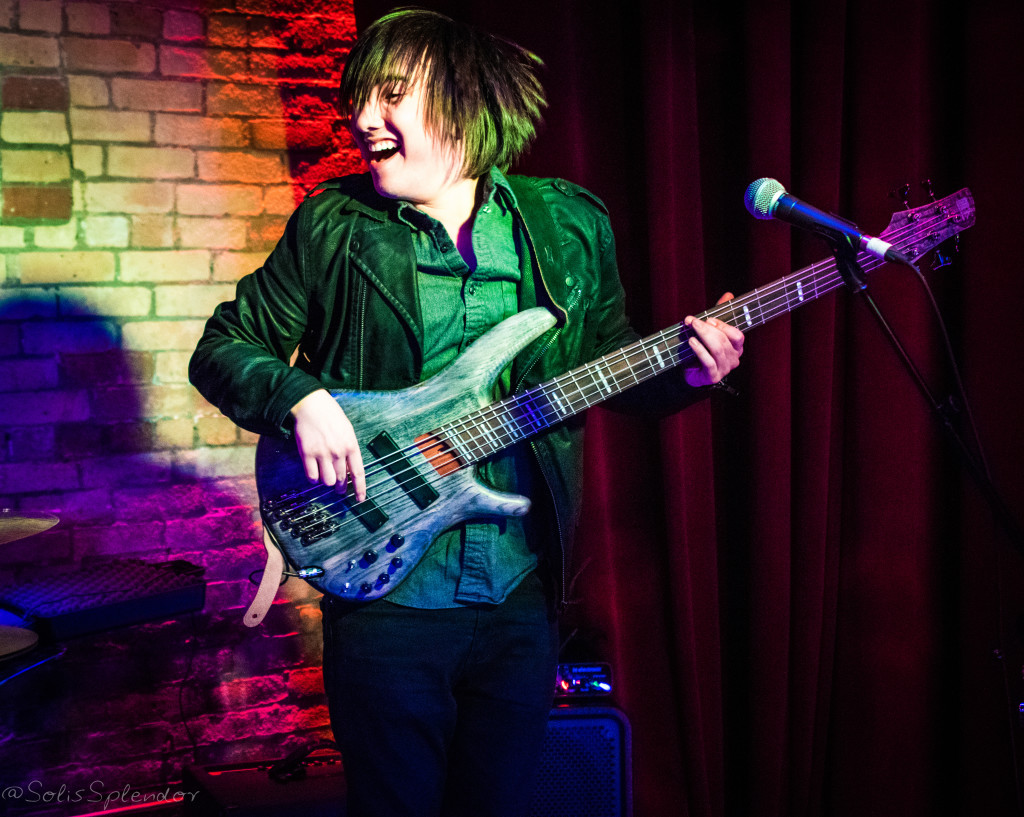 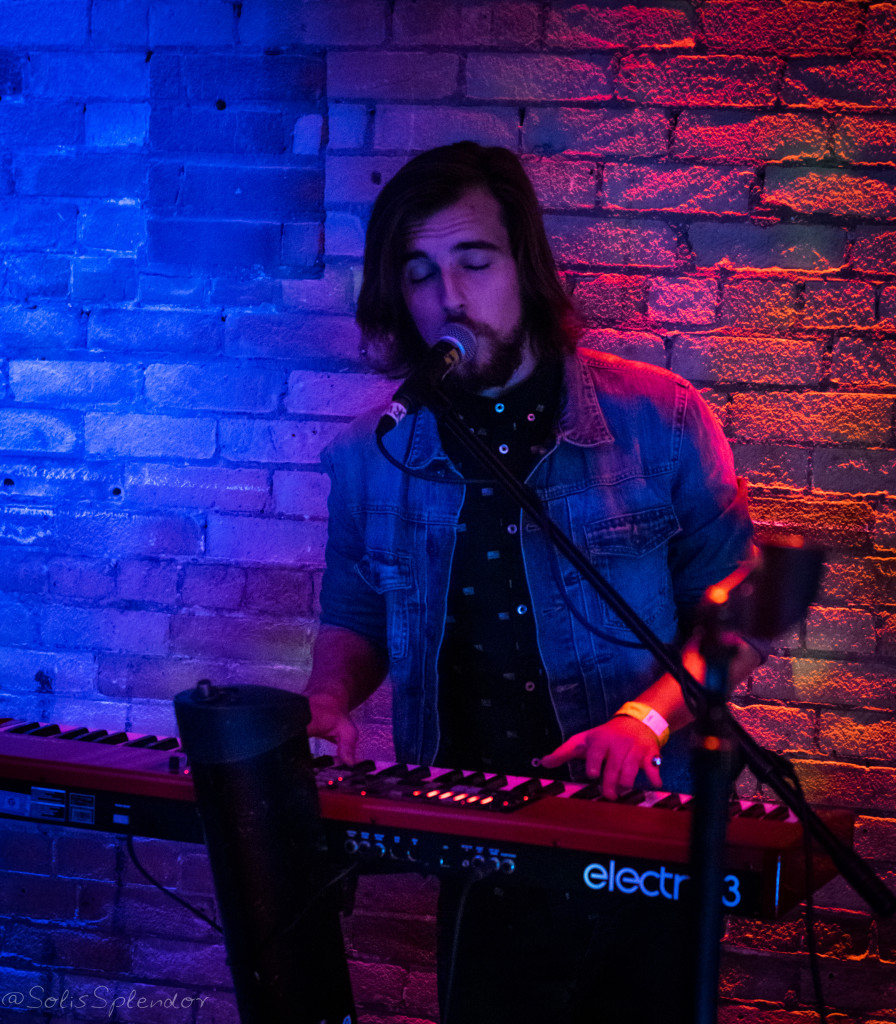 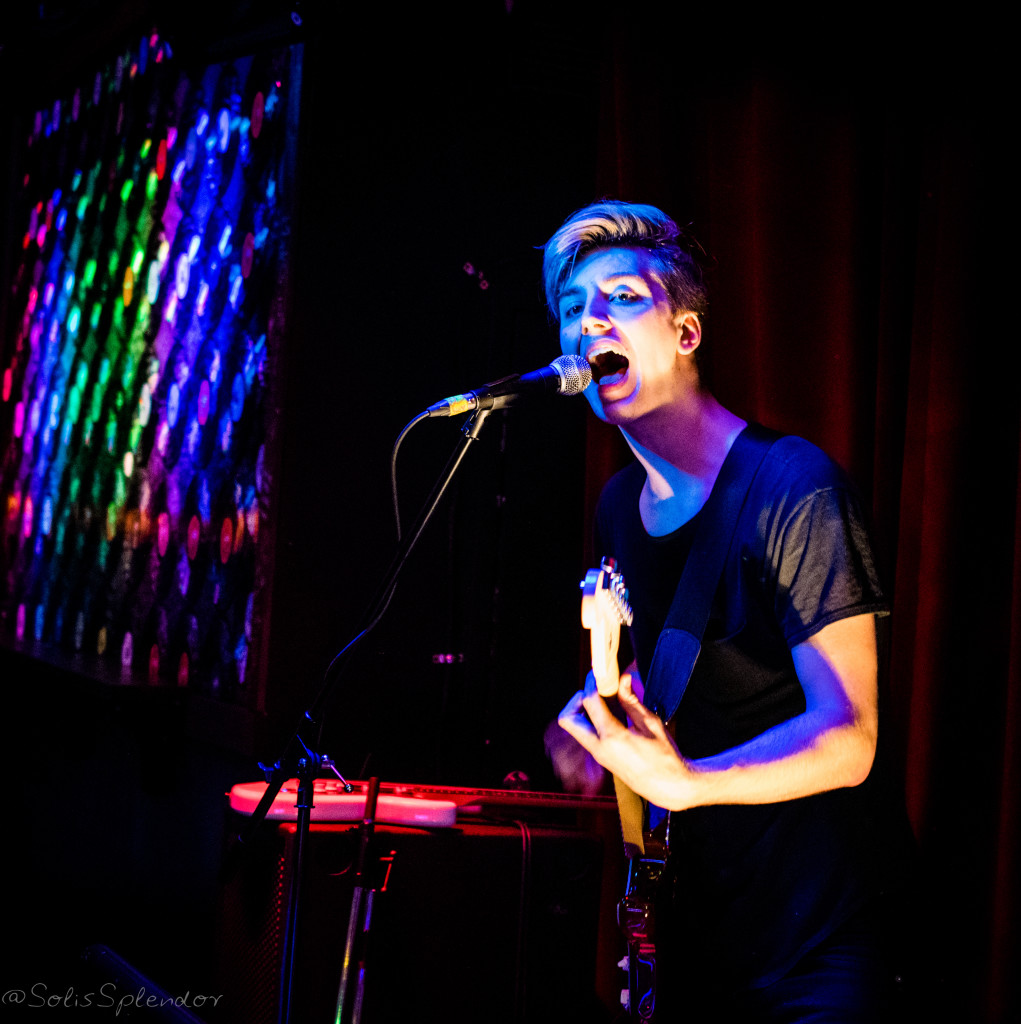 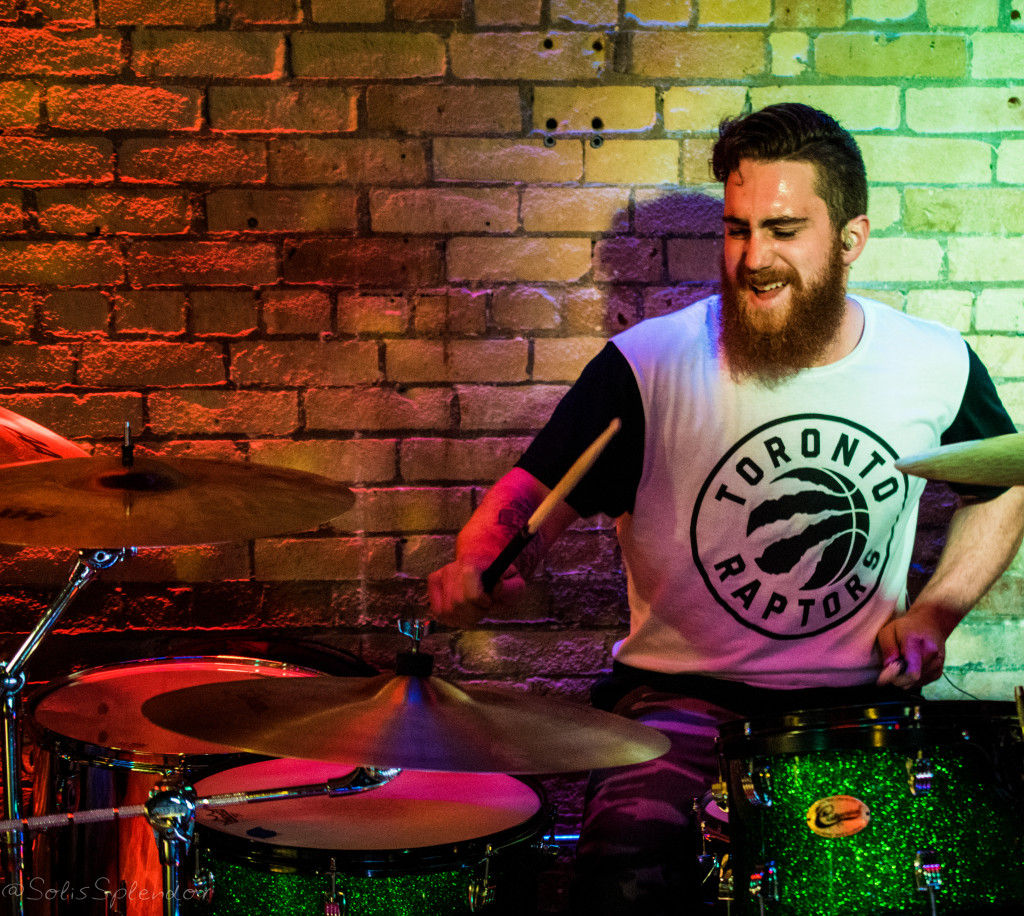 Devil in a White Dress opened with dramatic flair as Graham MacKinnon evoked emotion on the keys.  In previous shows I have seen him play a soft, graceful classical melody.  But at UG3, the energy was intensified as he played out menacing, aggressive chords, paired with the fuzzy reverb from Garrett Ward’s guitar.  Drums were then layered in by the skillful hands of Paddy Spencer, as the song intensified, Ward all the while making his guitar wail.  The talent of bassist Chris Wong was fully recognized when the first verse began.  As he jumped around, he attacked the complicated bass line with confidence. 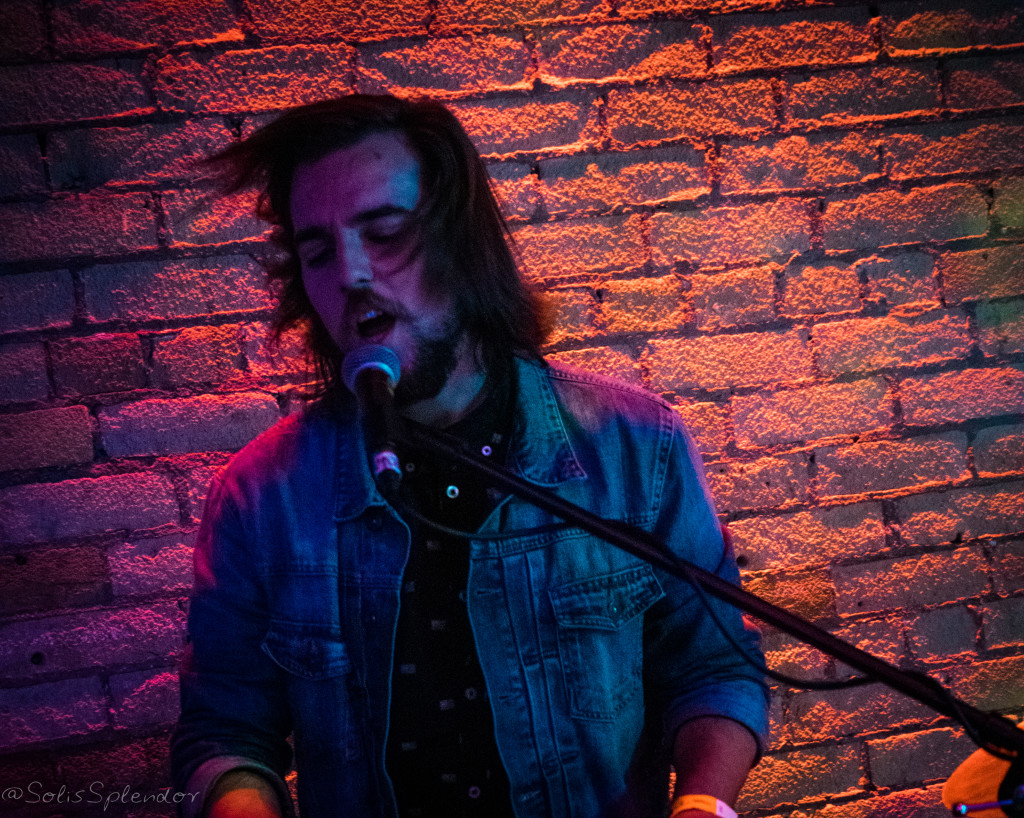 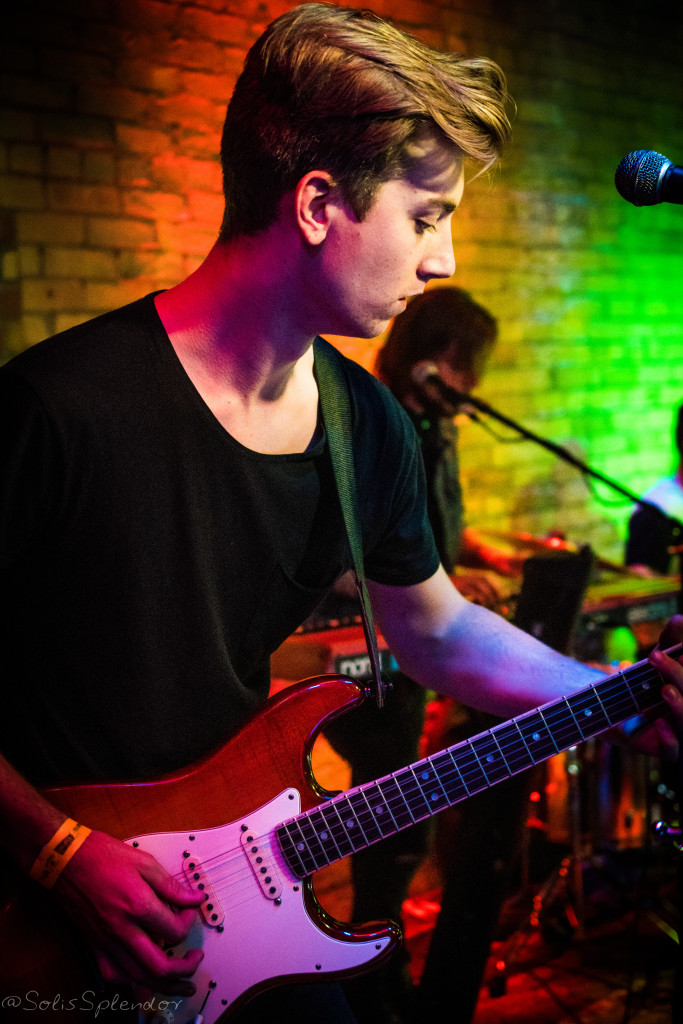 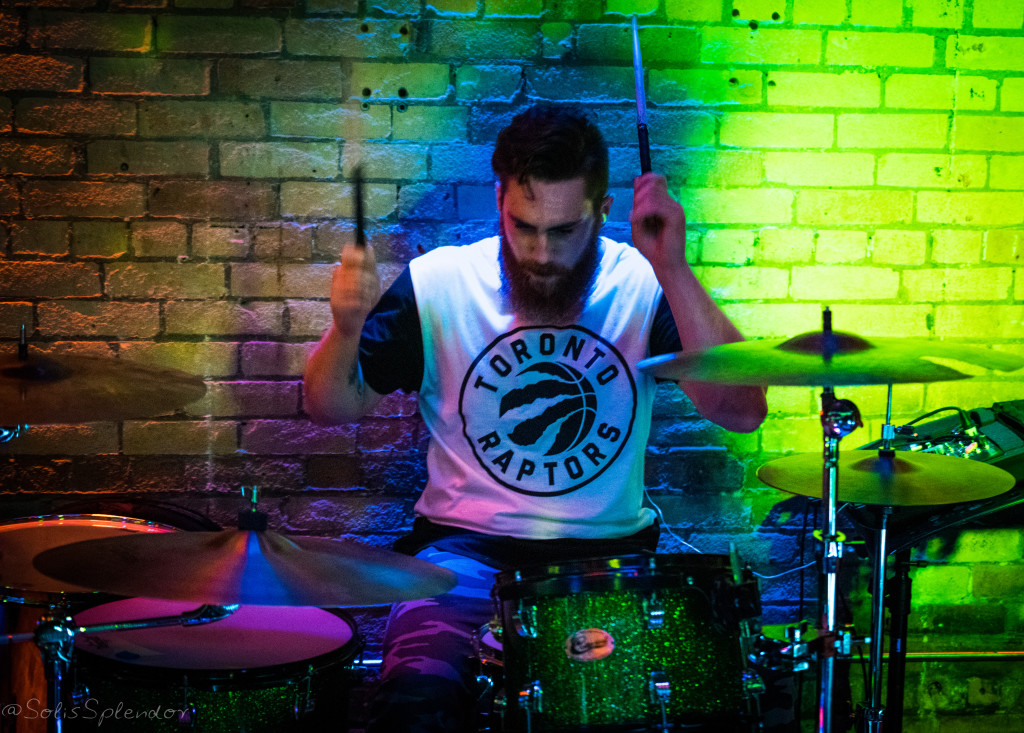 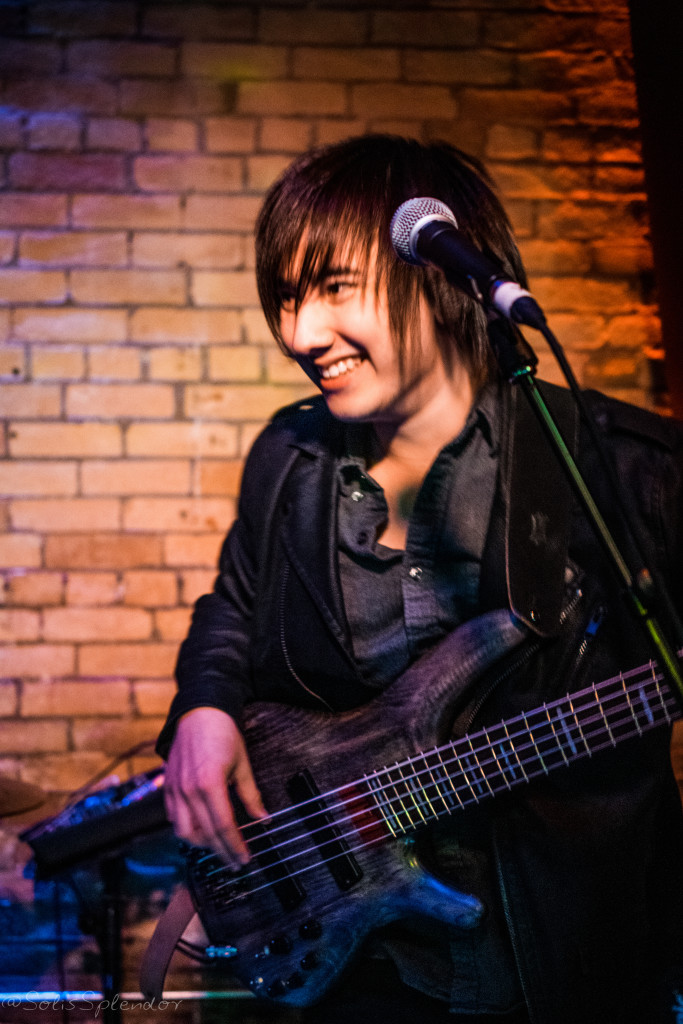 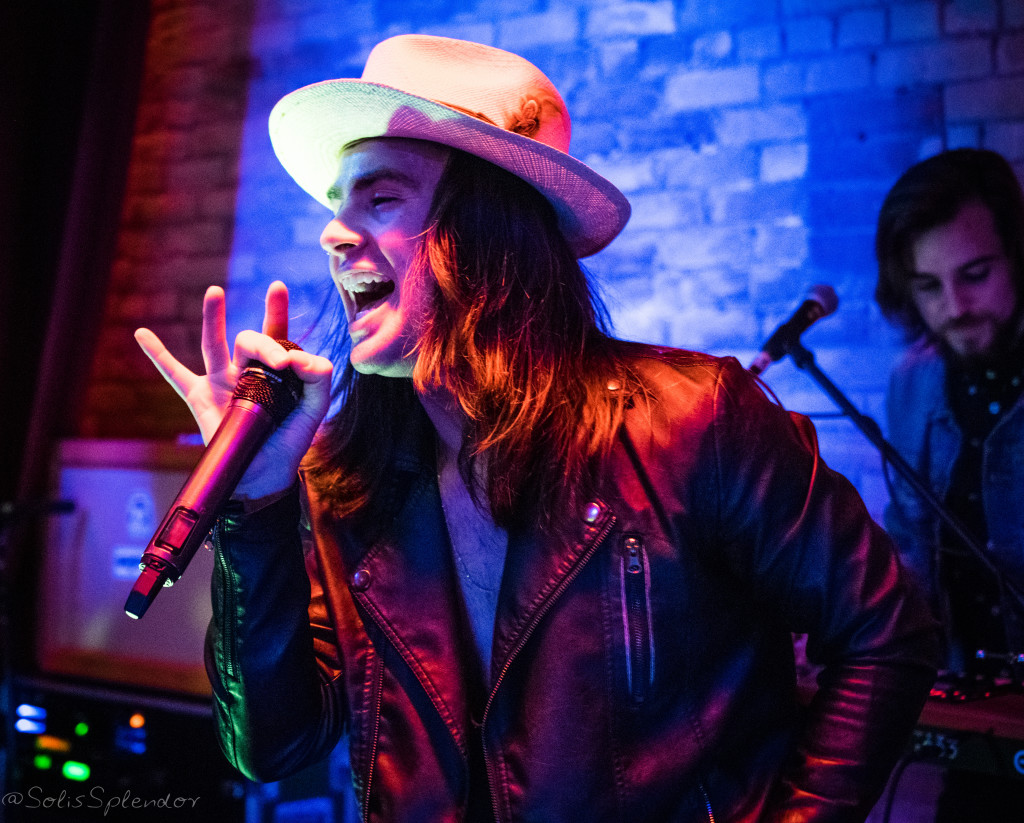 Be sure to follow The Faceplants on social media to find out when this new single is released.  In the meantime, check out their infectious anthem, Why, available for purchase across Canada.  The Faceplants make a point of performing as often as they can so there is a very good chance they will be in your location in the near future.  There are still a few stops left on this current tour, including two in Alberta and two in their home province of British Columbia.  If you live on the West Coast, come out and support this amazing local talent!

To see even more photos from this show, head to our Facebook page!