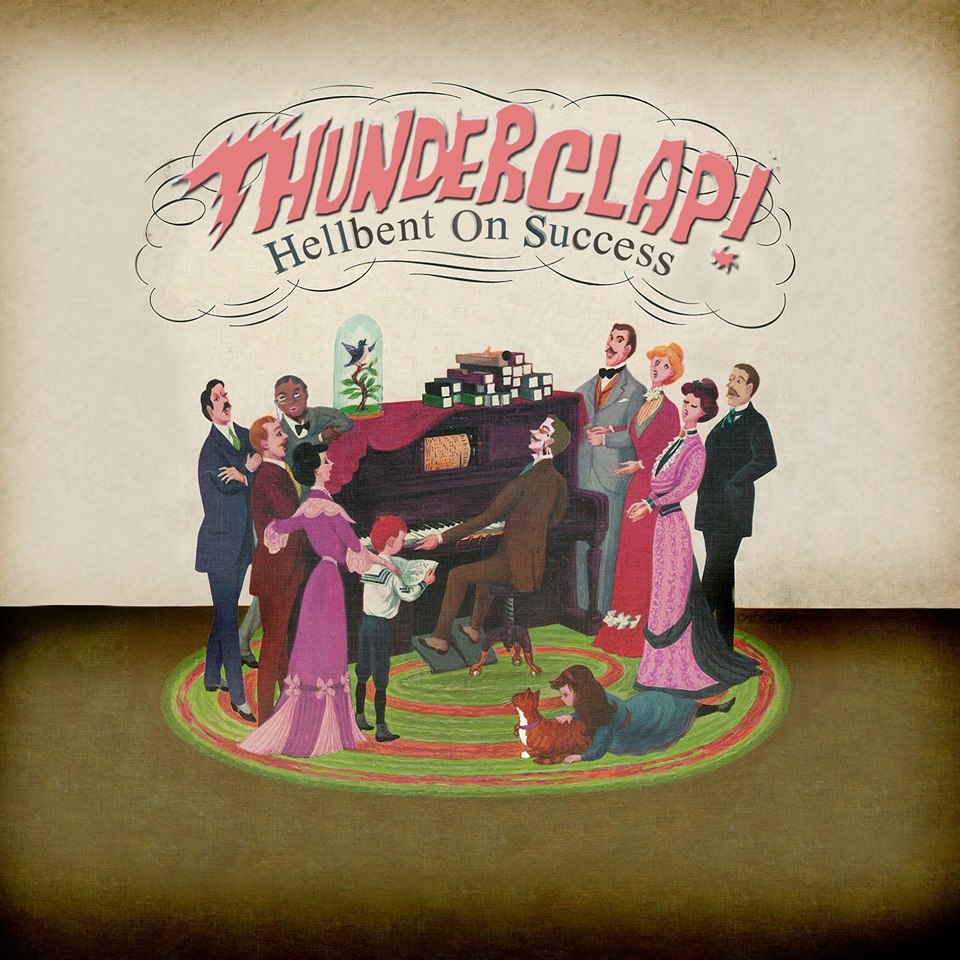 THUNDERCLAP is a singer/songwriter, Adam Buller. THUNDERCLAP is originally from the Niagara region and has just released his debut album, “Hellbent On Success” on October 16. The album is made up of fourteen tracks, some of which are full length and others that would be considered interludes. Hellbent On Success was produced by Spookey Ruben (Feist, KeiSha), and includes some impressive guest appearances, such as Bob Wiseman (Blue Rodeo).

Immediately, I realized that THUNDERCLAP consists of some very unique tracks. I personally enjoyed the fourth track, “Hospital Wedding” way more than I expected. The album plays almost as if it’s a soundtrack to movie, which I thoroughly enjoyed.

The other song that stood out to me right away was “Silverback”. Something that pulled me in about this album is the fact that it plays like a musical, and for some reason that is unknown to me, this appeals to me greatly.

The album closes with “Newsflash!” which is one of the most upbeat tracks on the album. Intense energy pours from this song from the beginning to the end. If you’re a fan of musicals, you have to take a listen to this album.