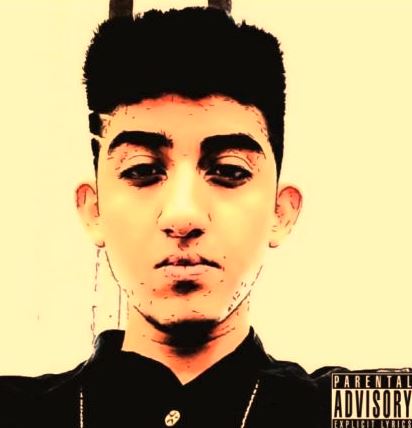 Calgary, AB based artist, Sabab has been hard at work on his album, “The Sabab Show” which is set to be released near the end of this month. We caught up with him to discuss his background, his music and lots more!

Well, my names Sabab and I am a rapper from Calgary. I am 17 years old and currently a senior in high school!

I decided I wanted to make music a career around two years ago. It’s always been on and off since I was like 13 but I ended up really taking it seriously since then.

You are about to release your album, “The Sabab Show” this month, what can you tell us about that?

“The Sabab Show” is going to be my Debut tape which I’ve been working on since the past year or so. Don’t want to give too much of it up but just know it will be legendary.

How did you come up with the album name?

The name was thought of before the music aspect or any song was even created for the album. The whole theme of the album makes you feel like your really seeing me perform right in front of you and a crowd. Thus the name, “The Sabab Show.”

You released a video for “Laid Back Intro” in August, what was the highlight of the video shoot?

Well the highlight of the video shoot was really just the built up excitement me and my team felt since this is a project we’ve been working on for so long and it was finally at a stage were we can put it out for an audience to see!

How has the response been?

The response has been dope! The track got radio play on BBC UK ASIA which was really a huge deal for me and my team since it was the first time I’ve gotten radio play ever.

When can fans expect a new single to be released?

The new video single will be out by the end of the month.

What can you tell us about your collective, “Sincerely Yours”?

Sincerely Yours is a collective of just young creative minds. I don’t want to give out too much information right now but our main focus currently is to put this album out properly.

Videos, shows and finishing up this album!

There’s a lot man, I mean Canada is just filled with talent right now. Drake has definitely been a a huge influence. Other artists would include Partynextdoor and The Weeknd.

What was the very first album you ever purchased?

The first album I ever purchased was Jay Z’s Kingdom Come. I was only around 8 or 9 when I got it for my birthday. Don’t think my parents realized or knew if it was appropriate or not but man, good times.

What was the last show you attended as a fan?

It was the One Love Music Festival.

If you had to explain your sound in three words, what would you say?

My sound consists of “dope, fun, swagged out and finally lit” vibes. Lol you won’t be disappointed!

Social media is very important in the music industry, what is your favourite social media platform?

My favourite social media platform is probably Twitter. Even though I am new to it, it’s great! @sincerelysabab

My favourite autumn activity is to stay inside and make music. That also goes for my favourite winter, summer and spring activities too.

Just a plain and straight up thank you! It wouldn’t be possible with you guys, keep supporting and believing!