By Jordyn Armstrong on October 17, 2015@jordynhannah95 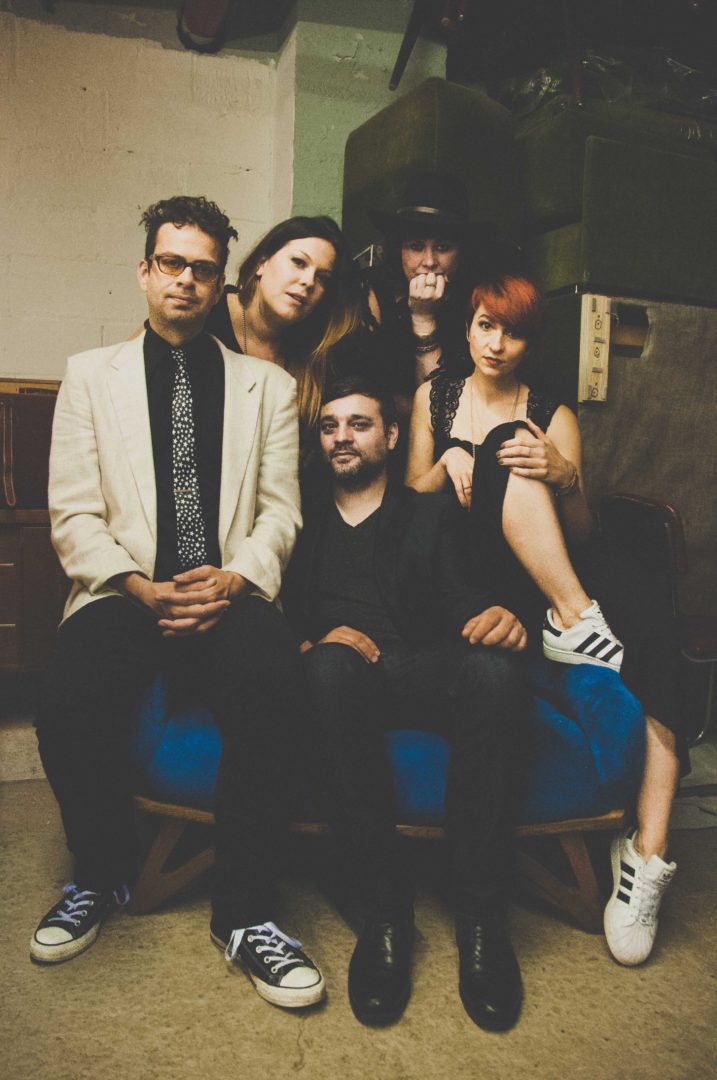 Andrina Turenne, Alexa Dirks, Annick Bremault, Sacha Daoud and Benoit Moirier make up a Montreal-based Soul/Pop band, better known as Chic Gamine. Since their start in 2007, they have won a Juno, released two studio albums and gained love from fans all over North America and Europe. Their third album is set to be released October 23rd. Chic Gamine will be touring central and western Canada in October, with more dates to be announced. We had the chance to have an email interview with Chic Gamine, so keep reading to find out more!

So it’s been five years since the last album. Can you tell me what you did during those five years?

We toured a lot, spent time with family and basically we just conceptualized this record.

Do you feel it has a major influence on your new album, Light A Match?

Oh, definitely. When one of our original band mates decided to have a more home dedicated life and then we brought on Benoit Morier who is part of the band now, his instrumentation really brought our sound to the next level. When he joined about two years ago we already had some of the songs for “Light A Match” written but his addition really informed the direction our writing took and helped it naturally evolve in the direction we were already hoping it would be go. By taking the time that we took we were able to road test a lot of these tunes and really see which ones we stood by and believed in and also how other people reacted to them. It was an interesting and stretching experience for all of us, taking that time, I believe it really brought out the best in us for this record.

Do you feel you’ve grown as a band as a whole or did one person’s change, if there was one, changed the dynamic of the band?

It feels like we have been evolving, as a whole and separately, since the beginning. Eight years ago when we started this band we worked far more minimally in terms of instrumentation. Basically, we were four singers and a percussionist. As soon as we started touring more and writing together more and getting to know each other as a band we quickly saw that our collective songwriting lent itself to more instrumentation then just vocals and drums. It was really cool starting out that way though, we have gotten to know each others voices so well. There’s something very pure and powerful in something so minimal and we saw how it impacted people as we traveled. As the years went on we never wanted to lose that power as much as we wanted to build on it and give our fans our music the way we always heard it in our own heads. Now with the expansion of our sound and more confidence in our songwriting, we really get to rock out on stage like we have never gotten to before, it’s pretty freeing.

What were some other inspirations for the album?

Since there is no one primary songwriter in the band, we get to tap into all our collective and respective experiences. That’s a lot of experience to choose from. A couple of us had been going through some pretty intense breakups within those five years and that definitely informed some of the songwriting. Because we are all so close, what one person goes through, we all kind of experience too. It’s a unique situation. There’s a pretty big range of emotion on this record. We talk about feelings of love and heartbreak and intense desire but then we also wanted to have a bit more fun and be light with this record too. Songs like “Night Court”, “Girlfriend” and “All Night” for example, are a little more tongue and cheek then some of the others, a little more danceable and not as serious while still coming from true places in our lives.

What song off Light A Match would you say encompasses the album as a whole and why?

That’s pretty hard to pick as this album is pretty eclectic in nature. But I guess if I had to choose I would pick the title track, “Light A Match”. It’s kind of asking the question we’ve asked ourselves so many times during this process, “You’re given this fire, you feel like sometimes maybe you want to give up but what are you going to do with it? Watch it burn and let it die out or blow it up into something bigger than you could ever imagine?” I think that’s kind of our mission statement with this record, we want to blow it up.

What can fans expect from your upcoming tour?

They can expect us to be playing the new tunes from this record. We have been off the road for the last 5 months just getting ready for this release so they can expect a lot of energy, we are so excited to be back on tour and playing this music! We also have a bunch of new “Light A Match” merchandise with original artwork by Winnipeg artist Kenneth Lavallee for sale, so we are also excited about that.

Do you have anything else you want to do before 2015 is over?

Besides putting out and touring this record, there isn’t much else on my “to do” list right now!

The next few questions are a little more fun. It’s a way for the fans to get to know you better.

What would be your dream tour lineup that features Chic Gamine?

Hmmm that’s a tough one. If we could tour with Stevie Wonder even if just for a moment I think we would all crap our pants.

If you could describe your band in 10 words or less, how would you do so?

We sing in harmony, rock off socks and love life.

And would you like to add anything or do you have anything you would like to say to your fans?