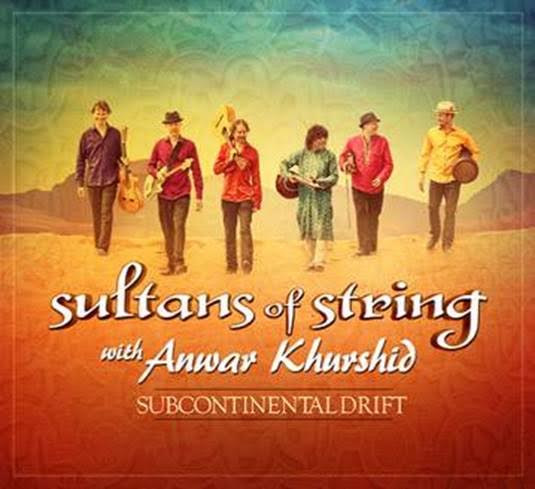 Sultans Of String is a Jazz/Folk band from the talented city of Toronto, Ontario. With the band having been nominated for many Juno awards and being the Ambassadors for musical diversity, it is no wonder how popular Sultans Of String are becoming. The band has been selling out shows across the country and blowing up the radio charts with their newest album release. Sultans Of Strings have appreared on such shows as CTV’s CanadaAM and CBC’s Canada Live.

Sultans Of Strings has just released a new album entitled Subcontinental Drift. The album features ten full length songs that all demonstrate each band members sheer talent. The album has a strong inclusion style to it, there are lots of different cultural background that have been put into this album, which makes it so unique from anything else that I have heard before. After listening to the album a couple times, I have narrowed the songs down to two songs that caught my attention, “Ho Jamalo” (track two) and “Journey To Freedom” (track eight). Both of these songs represent the band’s style and I loved how graceful and interesting the songs sounded. Overall I really enjoyed listening to Sultan Of Strings and recommend everyone to take a listen to them as well.