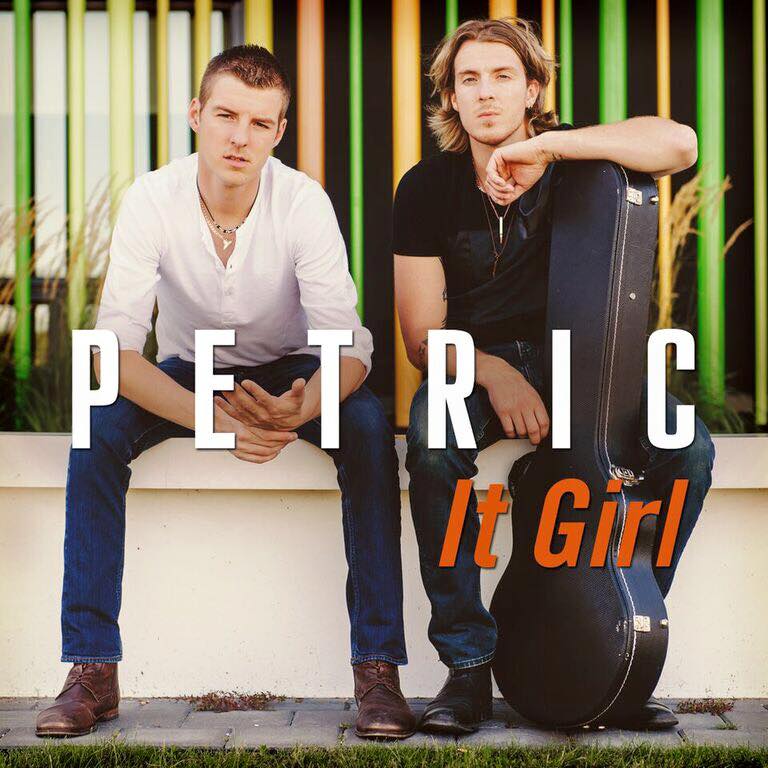 From Transcona, Manitoba, Petric, a duo of brothers Jason and Tom, have released their debut EP, ‘It Girl’. They were the first band signed to Dallas Smith’s label Steelhead Music and released the first single off of the EP, “Here Goes Everything” earlier this year. They have spent the last year or so opening for Dallas Smith, Doc Walker, and Gord Bamford. They also performed at many CCMA Award industry events this year in Halifax, Nova Scotia.

The six song release is amazing as a debut for the brothers. The opening track, “Band of Brothers” is more country rock than the rest of the EP and may be tied for my favourite off of the release. “All She Wrote”, my other favourite song on the EP, starts off sounding more like a country song but has an amazing, albeit short, guitar solo. “Let The World Roll By” has that summer song feeling to it and will make you long for the longer days and warm sun. The vocals and harmonies on this EP are very impressive and go to show how much talent the duo has. I remember hearing the single earlier this year and thinking that there are going to be good things coming from this band, and this EP proves that.

If there was anything to be changed on this EP, it would be to make it longer than six songs. If you haven’t heard of this band before you’re going to want to keep your eye on them because I think they have what it takes to go far in the industry and this will not be the last time you hear of them. Check out the EP for yourself, you won’t regret it.