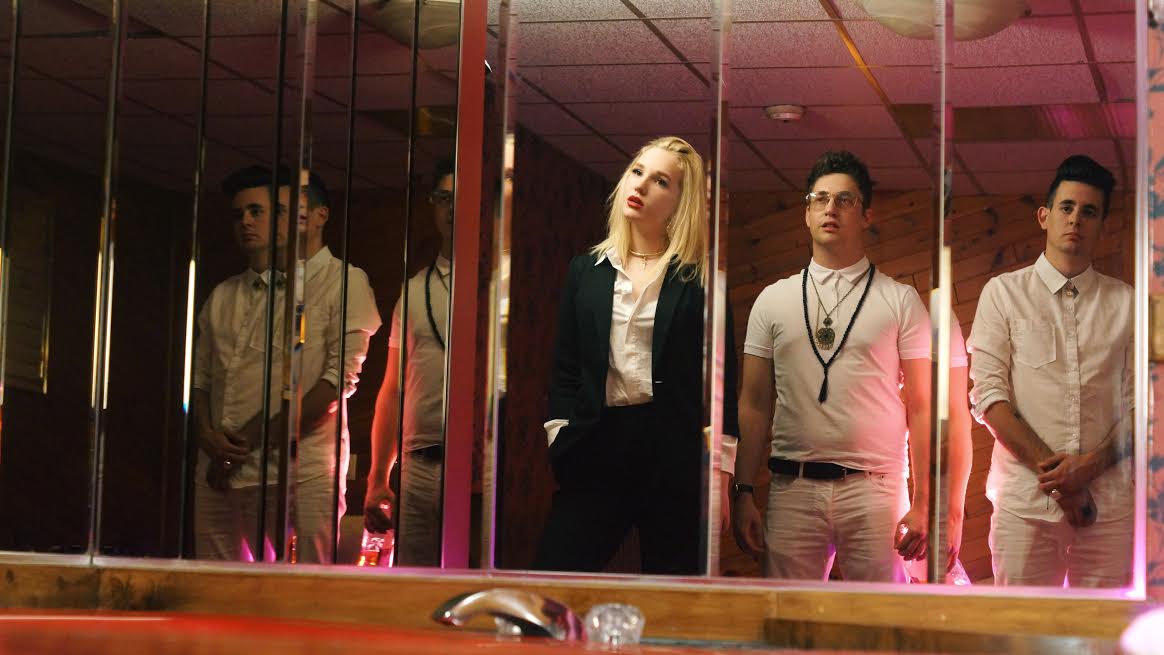 Nikki’s Wives is a new trio consisting of Nikki Whitehead, Dylan Lauzon, and Nate Baylor – who have recently released a single by the name of “Ghost”.  Lead singer Nikki hails from London, Ontario, and last year released an EP on her own.  Listening to her strong soulful voice, my first listen I would never have guessed she is only in her teens.  I had the opportunity to ask the band some questions recently.

Have all of you always been involved in music ?

Yeah, we’ve all been doing music forever. We come from hippy families who really put a lot of value in to art and expression, so its great to have that kind of moral support.

How did you begin to work together as a band?

It all came together pretty organically – I was doing some solo stuff for a year or two, and Dylan was helping me out with the live arrangements. A show opportunity came up and I needed a drummer, so we grabbed Nate, and it just kinda started from there. The three of us meshed so well on stage that we decided to start writing as a band.

Are there any plans on releasing an album or EP in the near future?

Yes! We have an EP that we’re looking to drop early next year

Who writes the lyrics – they are so poetic and real.

Thanks! We try to be real about the emotions and experiences in our lyrics. Each of us put a little flavour in to the lyrics. Typically, one of us will bring a mostly-formed-idea to the table, and then we’ll all finish it as a group.

What is the writing process like as a band?

I see 102.1 has recently played your new track, what was that experience like? tell us about it

We got a call one morning that The Edge heard our track, and wanted to feature it on this new show called The Drop. So we went in and had a talk with the amazingly sweet Tara, and it went really smoothly. Everyone at the station was really cool, and we hope to be back soon.

Do you plan on doing any touring?

Technically we’re not supposed to say anything about it, but we’re gonna be on the road in spring to support the EP.

We like to ask some questions to get to know the band members a little better.

So far what has been your favorite venue to play?

Our favourite place to play is this super cool music venue in Buffalo, The Sportsmen. We like it because the people are always amazing and the crowd gets really into it.

I think my first concert was when I saw Hilary Duff in my hometown. I was probably like 6 or something. Still one of the best days of my life haha.

Name an artist that people are surprised you listen to.

People are usually pretty surprised when I tell them I listen to a lot of Hip-Hop. All of us really take inspiration from Hip-Hop, especially when writing/producing songs.

What is your favorite season or time of year?